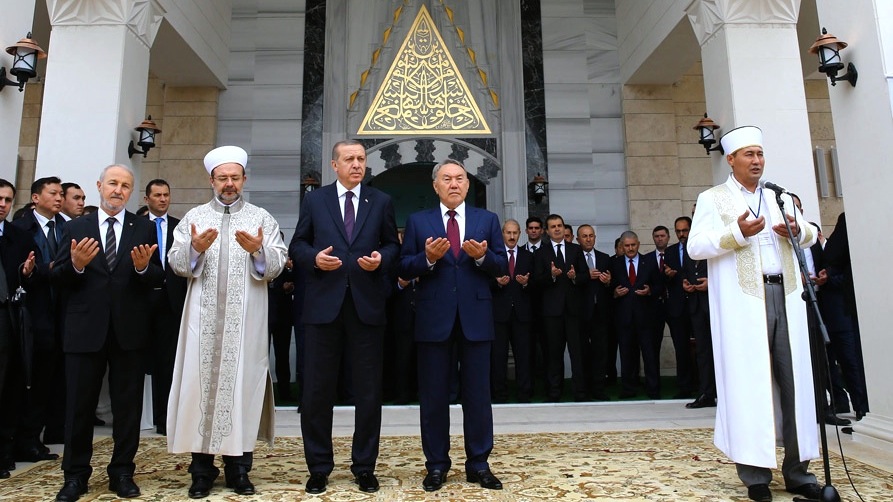 I strongly reject Islamophobia. Almost all people whose human rights I work to defend – Rohingya, Kashmiris, Kurds, Kosovars, Bosniacs – are Muslim. I believe that religious freedom and other human rights are sacrosanct.

For this reason, I have struggled to understand Turkey’s financing of mega-mosques. After deep soul searching about the meaning of spirituality and Turkey’s political agenda, I have concluded that Turkish financed mosques are not legitimate places of worship. They propagate political Islam as sources of division and proponents of discord. Turkish financing of mosques outside of Turkey should be banned.

“Diyanet”, Turkey’s Department of Religious Affairs, is Erdogan’s vehicle for spreading political Islam. It is not staffed by imams and religious scholars. Rather, Diyanet is run by bureaucrats and political henchmen who undermine the noble principles of Islam as a religion of peace. Diyanet has become Erdogan’s instrument for corrupting Islam by pursuing a political agenda.

The latest controversy around a Turkish funded mosque occurred in Cologne, Germany. When Erdogan showed up last weekend to open the Cologne Central Mosque, thousands, including many Muslims, gathered to protest and criticize Erdogan’s presence.

The ceremony in Cologne occurred at the end of Erdogan’s contentious trip to Germany. At every event, Erdogan was chastised for Turkey’s abysmal human rights record, restrictions on press freedom, and violations of minority rights. Chancellor Angela Merkel refused to attend the state dinner for Erdogan and many members of parliament boycotted his visit. Hurt feelings linger after Erdogan called Merkel a Nazi last year.

Germany is not the only country where Turkey uses Islam as a wedge issue to divide societies and radicalize youth against the West. Turkish financed mosques in Albania and Kosovo are also embassies of Islamism.

The Great Mosque of Tirana — Namazgâh Mosque – will be the largest mosque in the Balkans. In Kosovo, the Turkish Cooperation and Coordination Agency (TIKA) – in coordination with Diyanet — has restored more than 30 religious structures from the Ottoman period and built at least 20 new mosques since 2011. Erdogan personally pledged to sponsor construction of Kosovo’s mega-mosque in Pristina.

The same occurs in the Turkic republics of central Asia. Rather than nation-building in newly-independent states, Turkey supports Muslim community building.

These mosques have classrooms for Islamic education as well as Turkish language instruction. TIKA-supported facilities function like madrassas, corrupting Qur’anic education to radicalize impressionable youth. Some from the western Balkans have joined the Islamic State to become fighters in Syria and Iraq.

There are different interpretations of Islam, as in every religion. In one view, Islam is a righteous religion, which teaches that believers must live in modesty and peaceful co-existence with each other and their environment, exemplified by the life of the Prophet Mohammed. Religious devotion and love of God are the basis of a just world order.

In another view, mankind can only attain personal peace by utterly submitting to Allah. Islam means submission to God, accepting His authority, as well as obeying His orders. Individuals who submit are more vulnerable to manipulation. Some have been convinced to commit acts of sensational violence against unbelievers, moderate Muslims, and Muslims who belong to other sects.

However, Turkey practices a double standard. Erdogan has used religion to divide Turkish society and galvanize his political base. In 2002, Erdogan was jailed by secular judges for preaching: “the mosques are our barracks, the domes our helmets, the minarets our bayonets, and the faithful our soldiers.”

By embracing political Islam, Erdogan has created a fertile ground in the name of Islam for radical groups such as ISIS. He rhetorically rejects radicalization, but Erdogan should be judged by the result of his actions. Syria is a case in point.

At home and abroad, Erdogan continues to use religion in service of his political agenda. Under Erdogan’s direction, Turkish authorities restrict the restoration and construction of non-Muslim shrines and places of worship in Turkey. Requests to open new places of worship by religious minorities are routinely denied. Even assembly houses (“Cemevi”) for Alawites, a division of Islam, are restricted. Non-Sunni Muslims are seen as heretics.

The mosque in Cologne is a lightning rod for controversy, highlighting Turkey’s insidious perversion of Islam. Muslims in Germany should build their sanctuaries without support from Turkey. By politicizing Islam, Erdogan poisons the purity of their devotion and gives Islam a bad name.

Mr. Phillips is Director of the Program on Peace-building and Rights at Columba University’s Institute for the Study of Human Rights. He previously held position as a Senior Adviser to the US State Department and the United Nations Secretariat.