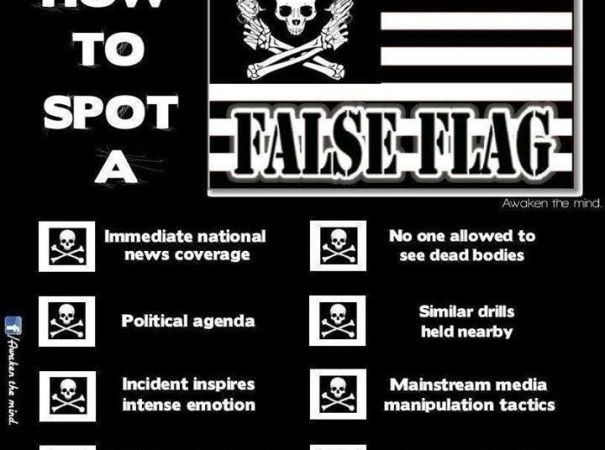 Turkey is still a developing country, but its strategic location and military power make the country a focus of interest as well as a focus of concern in the global arena.

With that sort of military power – it has the second largest standing military force in NATO after the United States (US) – and its geopolitical location means a proper analysis of Turkey’s failed coup of July 15, 2016 and its impact on Turkey is needed.

The failed coup of 2016 gave Turkey’s President Recep Tayyip Erdogan the ammunition he needed to increase his grip on power and silence all of his critics at home.

At the time of the coup Erdogan was struggling to reign in discontent over his fake university degree and the corruption allegations that had surface in 2013, which implicated him and his family. The coup of July 2016 was nothing short of a godsend for Erdogan, his family and his close circle.

Up until the failed coup Turkey’s army had successfully resisted all attempts by Erdogan and his cohorts for the country to become embroiled in the quagmire that is better known as the Syrian Civil War.

And while Erdogan and his ruling Justice and Development Party (AKP) have blamed an exiled Muslim cleric for the coup as well as a host of other failures that have taken place under his rule, the truth is that very little has been presented in terms of concrete evidence as to who was in fact behind the coup.

But what the coup has done, it has allowed Erdogan to purge tens of thousands of key people from state institutions – those viewed as most likely to be critical or not look favourably on his actions.

By doing this, he has managed to effectively eliminate the corruption case against him and his family.

And to further make sure that he and his cohorts would remain off the hook and control what happens in the country, Erdogan managed to end Turkey’s 98-year parliamentary system and created an executive presidency that wields extensive power with very few checks and balances in place.

Former Prime Minister Ahmet Davutoglu confessed in February 2020 that he did not support the 2017 Constitutional referendum that would transform the country into a presidential system.

He said he was unable to make a sound in the middle of the stormy political climate that Turkey experienced following the July 2016 coup attempt.

Erdogan has achieved his goal of total power and effectively shutting down any opposition to his rule. There now there are no democratic institutions left in the country to question his domestic policies as well as the ongoing operations launched on his orders by the Turkish military in Syria and Libya.

Erdogan’s regime still plays the victim card, even though it is now close to five years since the failed coup. And this so called fear of another coup and dealing with “terrorists” has resulted in the continuing violation of the human rights of its citizens.

But, was this coup real? Or is it simply a false flag? In Monopoly terms, was it a fake “get out of jail” card that he has now ruthlessly exploited?

There are more than 40 contradictions that point to the July 2016 coup being a Turkish Intelligence operation for Erdogan to reassert his power.

The First and biggest contradiction is that Turkish Intelligence (MIT) claim they had no inkling that that a coup attempt was about to take place on July 15, 2016. However, amazingly, within within 48 hours following the coup attempt, at least 35,000 individuals were rounded-up or dismissed from their positions including more than 1,500 finance ministry staffers, 15,000 education ministry personnel, 1,500 university deans, 3000 judges and prosecutors and two justices of the country’s Supreme Court.

All of them were either “terrorist” or had some role to play in the coup. From having no information to being able to implicate 35,000 people within 48 hours is a feat that even North Korea would be hard-pressed to match.

Ironically, many of the army generals who failed to inform Erdogan and did not keep their soldiers in their barracks were promoted following the coup attempt.

Only MIT, which is directly subordinate to the Presidency, could have prepared all these purge lists with the Erdogan’s sanction. While MIT is without doubt a very capable and ruthless organization, it did not, and does not, have the manpower to investigate and implicate 35,000 people within 48 hours. The lists could only have been prepared before the coup.

On the day of the coup, Erdogan, who is a practising Muslim, inexplicably and without reason decided to miss the important and compulsory Friday afternoon prayers.

Erdogan’s five presidential aides who were usually with him day and night, were for some strange reason not invited to join him on his trip to the town of Marmaris where he was supposedly on holiday for the seven days prior to the coup attempt. Later they were arrested on charges in connection with the coup. This hardly sounds like someone who did not know of the impending coup attempt

What is more interesting is that the so-called coup-plotters never arrested any politicians from the ruling party and the red beret special forces who were supposed to arrest Erdogan, reached his hotel three hours after he had already left.

Aksaz Naval Base is one of Turkey’s important military and is located a mere 15 minutes from the holiday town of Marmaris where Erdogan stayed on 15 July.

Aksaz Commander Rear Adm. Namık Alper was arrested on the morning after the coup. But why did this commander never surround Erdogan’s hotel with his four thousand soldiers? And how the helicopters with the latest night vision technology miss Erdogan’s plane which landed unnoticed at the nearby Dalaman?

One also has to ask why the F-16 jets managed to strike the Turkish parliament and Police headquarter but missed Erdogan’s giant 1200-room palace and MIT headquarters?

According to AKP, the director of Turkey’s Religious Affairs Mehmet Gormez, who ordered all mosques to recite the salah prayer to call people to the streets, met MIT Chief Hakan Fidan during the coup.  This was, we are told, simply a coincidence. Certainly a very striking one indeed!

During previous coups in Turkey, the plotters swiftly took control of key nodes of power and shut down the governments’ ability to communicate with the security forces and with the public early as soon as possible. During the July 2016 coup attempt, the coup-plotters made a very feeble attempt and only seized the national broadcaster, but left the private broadcasters totally alone.

The AKP says that it was a coincidence that inexperienced soldiers blocked only one-side of Bogazici Bridge on Friday evening, at peak traffic time in the evening.

What is also interesting, is that MIT Chief Hakan Fidan, the then General Chief of Staff Hulusi Akar and Special Forces Commander Lieutenant-General Zekai Aksakalli had a six hour-long meeting at the Special Forces Command a day before the coup. Such a meeting has never happened in Turkish history before. The AKP claimed they only discussed Supreme Military Council decisions.

None of these three men were called to answer questions about the coup before the Turkish Parliamentary Research Commission. Why not?

Moreover, Akar never ordered his soldiers to stay in their barracks. Why not?

Turkish courts have sentenced 18-year old conscript soldiers who started their compulsory one-year service a mere five days before the coup, to life in prison for their involvement in the coup attempt. Yet the Adil Oksuz, the very man that the Erdogan regime claims was a key civilian driver of the coup was “accidently” released two days after being taken into custody.

Erdogan blames exiled cleric Fetullah Gulen and his followers for the failed coup, but with so many anomalies in what happened during that strange coup, even Kemal Kilicdaroglu, the leader of the secular Republican People’s Party (CHP), has repeatedly said that the failed coup was a controlled coup and helped Erdogan to build his authoritarian regime.

The Pro-Kurdish HDP’s jailed former co-leader Selahattin Demistas has also pointed to the fact that Erdogan did not attempt to prevent the coup attempt but effectively waited and plot his own coup that usurped the constitutional order by declaring emergency rule and running the country without the rule of law.

Daily Maverick and IOL articles raised questions over whether these arms might be end up in Libya.

President Ramaphosa and Dirco Minister Naledi Pandor warned their Turkish counterparts not to deploy the army to Libya.

South Africa’s ANC was internationally supported during the struggle against the Apartheid regime that denied most of the country’s citizens their rights.

Erdogan’s former Finance Minister and President of the newly formed Deva Party, Ali Babacan has urged that 17-25 December corruption case which targeted Erdogan should be re-investigated in accordance with the rule of law.

South Africa, which knows all too well the suffering that totalitarian and authoritarian regimes can inflict on their own citizens, should also support international calls for the July 2016 coup to be properly investigated. It should also not supply arms to the Erdogan regime as it may find itself inadvertently prolonging the Syrian and Libyan civil wars – a stain on its record that it surely does not want.

Mirza Aydin is a journalist and political analyst
This article first published at The Star.