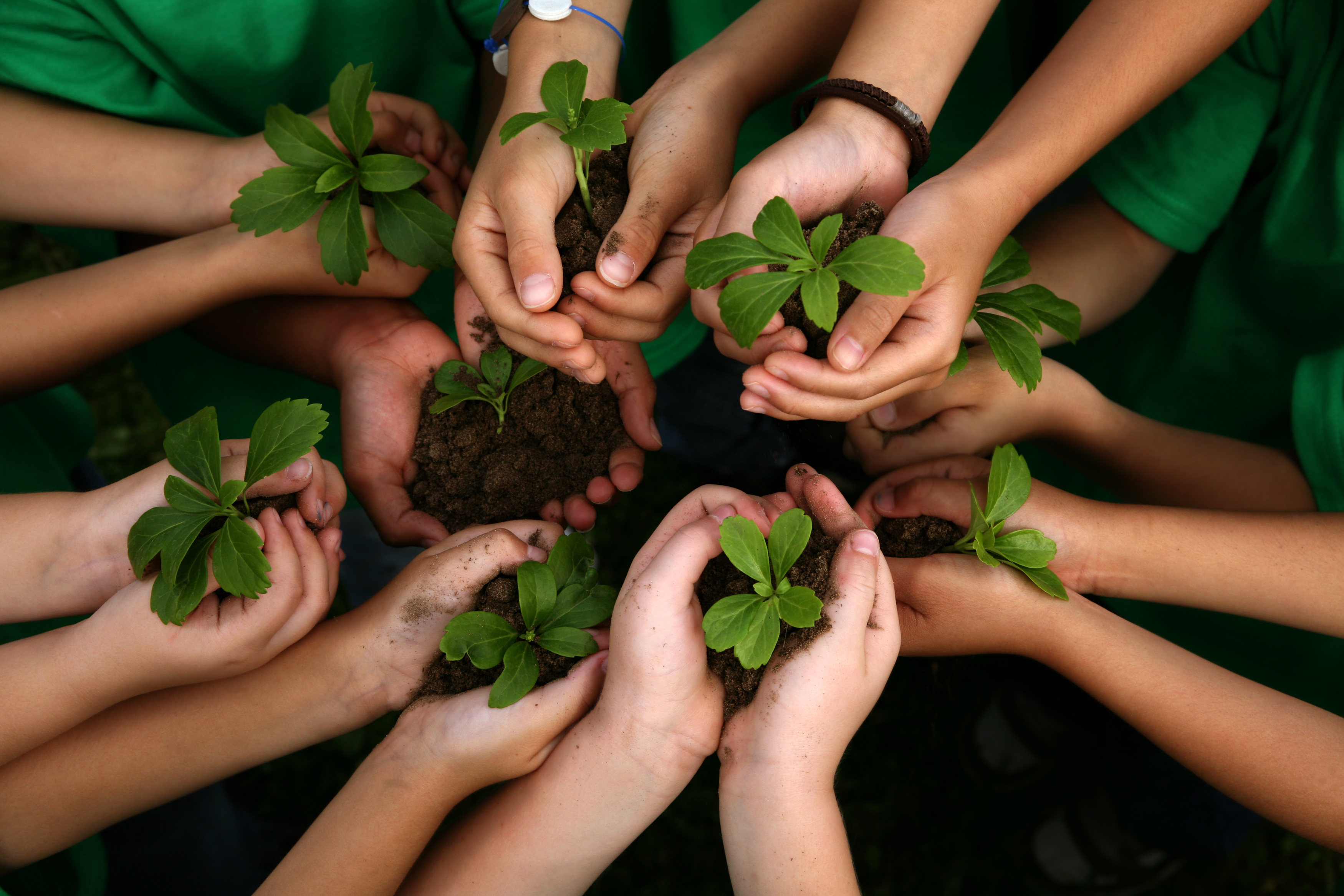 There is a well-known saying in Turkish to criticize keeping bringing up the same (topic) all the time again and again: ‘Temcit pilavı’, ‘Temcit Pilaf’. The reason is that this particular pilaf served during Ramadan is cooked for Iftar and served for Sahur again after warmed up. So, if a topic is repeatedly brought on the agenda again and again, this is the best expression to describe the situation in Turkish.

Criticizing Hizmet (Service in English) Movement regarding ‘transparency’ is the ‘Temcit Pilaf’ of our time as far as I can see. All kinds of debates about Hizmet Movement are finally turning around and knotting in the word transparency. Allegedly, the Hizmet Movement is not transparent. This is what they repeat saying all the time. The reasonable critics say this by softening it a little bit: ‘Hizmet is a movement that wants to become transparent but has not achieved it yet.’

At first, is this claim that seems acceptable to many people, really true? Or is it just a delusional, groundless suspicion? The best answer to these questions is hidden in the history of Hizmet Movement.

Fethullah Gülen, the founding leader of the Hizmet Movement, met with Muzaffer Arslan, one of the students of Bediuzzaman Said-i Nursi, and joined the Risale-i Nur students, after his classical religious education in 1950’s. (Bediuzzaman means ‘Magnificent of time in Turkish) Gulen, carried out his activities between 1950’s and 1974 in the Islamic Movement called ‘Nurcular’ in Turkey. (The term ‘Nurcular’ does refer broadly to followers of Said Nursi and his scholarship in Turkey. Nur, (nour in Arabic) means divine light).

Due to both negative perception of the group in Turkish public in these years and the intellectual disagreements led Gülen distance himself from this group. Even though Gulen actually left the group, he wouldn’t have an intellectual and methodological break from the Nour Movement and would continue to develop the path of Said-i Nursi.

The main distinction between Fethullah Gülen and other ‘Nurcu’ groups would undoubtedly emerge from the perspective towards Bediuzzaman Said-i Nursi. Although Gülen was devoted to Bediuzzaman with great love and respect, he would never put “Bediuzzaman Propaganda” before “truth of faith”. According to Gülen, faith and Islamic truths were more important.

Another important difference between Gülen and other Nurcu groups was the matter of “institutionalization”. Gülen would argue that opening houses that students called “madrasah”, was nice but inadequate. He would develop ways to grow his movement through foundations and then associations and companies. This was the triangulation point of the discussions on Hizmet Movement and transparency.

Since the mid 1970s, Gülen had tried to form an accountable system. Despite being a new congregation (Cemaat, ‘Jamaat’ in Turkish), he initiated the establishment the Akyazili Foundation in 1978 and Turkey Teachers Foundation (TOV) in 1978.

Then Medical Foundation of Turkey and Turkey Technical Staff Foundation had followed these foundations. Gülen paid a great attention to stay behind during all these institutionalization efforts. He was not a founder in any foundation, he was not among the shareholders of any company and organization. At that time, “The Congregation” consisted of two houses for students, a house for businessmen and a dwelling house in a mosque. Even then, he wanted all payments to be made through official means, making sure that everything was within the legal framework.

Gülen had been trying to institutionalize the activities carried out since these years. In this way, the activities would become permanent and transparent. Any kind of work carried out within the foundation or association became open to both state and internal control. This brought transparency with it. In no way did Gülen touch donations made to his small group. His being contented, his staying away from money, especially attracted the attention of businessmen in the conservative segment of the society.

In the 1970s and 1980s, Islamic groups in Turkey were frequently targeted by state operations. For this reason, the assets of the groups were kept on either “leader” or reliable persons related to the groups. Milli Gorusculer, (Milli Görüş is a religio-political movement and a series of Islamist parties inspired by Necmettin Erbakan) which were organized as a political party kept their entire assets in Necmettin Erbakan account so that their assets were not confiscated when their parties were closed. This large amount of in-kind and cash assets would cause great controversy to the public during the February 28 Process in 1997.

(The 1997 military memorandum (Turkish: 28 Şubat, “February 28”; also called Post-modern darbe, “Post-modern coup” in Turkey refers to the decisions issued by the Turkish military leadership on a National Security Council meeting on 28 February 1997. This memorandum initiated the process that precipitated the resignation of Islamist prime minister Necmettin Erbakan of the Welfare Party, and the end of his coalition government).

The same was true for the Nationalist Movement Party. The majority of the party’s in-kind assets would be gathered on their historical leader, Alparslan Türkeş. Other Islamic groups would not be exceptions. The Sufi Lodges operating in the East and Southeast of Turkey found a practical way since the Ottoman Period, devoted their assets, and turned it to be a family institution which the power was transferred from father to the son. In this way, the control of the assets which was quite high was never out of the group. Similar pattern has always been observed in Sufi lodges in Balkans as well.

Fethullah Gülen carried out all his works in the light of this experience. Gulen’s rigor will give results in this short period of time, when the Congregation (Jamaat) has become active in all Turkey in early 90’s. According to intelligence reports in 1993, the budget of the Jamaat corresponded to the budget of the rich agricultural country Uzbekistan, which had just gained independence at that time.

The movement, which started in the mid-1970s, grew like an avalanche, so to speak. All organizations known to be associated with the Hizmet Movement have been repeatedly inspected. Either the smallest suspicious activity or any economic and administrative irregularity has been found in all these years. The Movement suffered the 1980 Coup and state operation in 1986, and all their assets were investigated. Nothing found.

During these years, Congregation (Jamaat) evolved to Hizmet Movement. The Movement spread its activities out of Turkey, to Central Asia, and then would spread to the whole world. Of course, in the meantime, it also became Turkey’s most discussed group as well. The Movement would be investigated in these years, which began in the second half of the 1990s. The movement would come out of this period with entire clarity.

By 2016, the total assets of the Hizmet Movement and the businessmen considered to be related to it would reach $ 32 billion. The number of associations, foundations, unions and press organizations closed down just after the July 15 Coup Attempt was over 4500. Businessmen affiliated with Hizmet Movement had created a confederation through associations. Workers and civil servants who have set their hearts on Hizmet Movement also formed unions. Journalists, doctors, financial advisors, pharmacists, lawyers tried to take part in a non-governmental organization without the need to hide their identity. All these structures were operating in accordance with the laws with full financial and administrative control. As of December 2013, no corruption or irregularities in any of the Hizmet Movement related institutions that were subjected to black propaganda through psychological warfare methods. If there was any corruption or irregularity related to the Movement were supposed to be revealed by the Turkish Government, since all Hizmet institutions were already seized by the Government.

During this period, the Journalists and Writers Foundation, whose name was identified with Hizmet Movement, signed an agreement with the African Union Organization to open 1000 schools in Sub-Saharan Africa. Charity Organization, ‘Kimse Yok Mu?’ affiliated with the Movement, was elected as the partner organization of the United Nations (UN) High Commissioner for Refugees in Turkey. UN started to send aid to Syrian refugees in Turkey and other countries through this organization. Could institutions without a financial or administrative transparency be approved by international institutions? An international social and religious Movement which has spread to 170 countries is subjected to inspections by the intelligence services in terms of the number of countries it has spread. No country can easily open its doors to a non-transparent structure. During all these years no country has found any irregularity or misconducts in these institutions.

What I have written so far, was a reminder about Hizmet Movement’s history. I would like to make the issue of transparency about the topic of  “confidential” services, which are subject to criticism frequently by some circles, are the subject of another article. 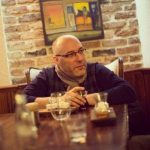