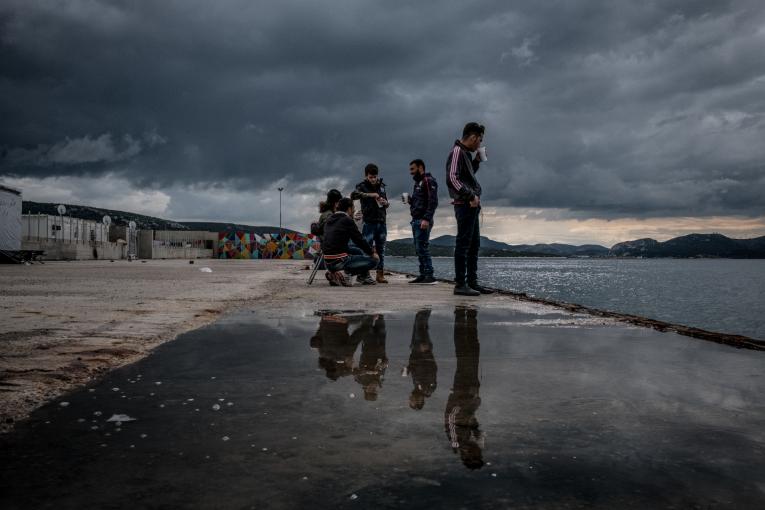 Turkey and Greece are both transit countries for migrants on their way to Germany and wealthy destinations in northern Europe. Migrants are resilient. Many have survived poverty and conflict, but have nowhere to go. The international system for managing migrants is broken.

Frontline states like Turkey and Greece are burdened beyond their means. Unless developed countries can respond more effectively, migrants will stay in limbo — victims of a dysfunctional system that lacks the capacity and political will to help.

Turkey hosts more migrants and refugees than any country in the world — 3.5 million people from countries such as Syria, Afghanistan, Iraq, and Iran.

In 2016, Turkey and the EU made a deal to control the population flow of refugees from Turkey to Greece. The EU offered a one-time payment of €6 billion to offset Turkey’s costs. That was a lot of money at the time. However, the problem persisted.

It is difficult to sympathize with Erdogan, whose support for jihadis in Syria exacerbated the crisis. He expected the regime of Syria’s Bashar al-Assad to fall quickly, and the displaced would go home. He did not expect so many to stay for so long and now he wants to wash his hands of the problem. Migrants are only useful for Erdogan to the extent that they can be used as a political weapon and to extort more money from the EU. He’s repeatedly threatened to “open the gate” for at least a million people if Turkey did not receive further financial support from Brussels. True to his word, on February 27, 2021, he announced that Turkey would no longer prevent migrants from crossing its borders into Europe.

He also announced plans to relocate a million Arab Syrians from southern Turkey to Kurdish lands in northern Syria. Former President Donald Trump gave Erdogan a green light to create a “security zone” in Syria along the border with Turkey. European officials also caved to Erdogan’s demands, thinking they could solve the Turkey problem by throwing money at it.

With Turkey’s economy reeling from the COVID-19 crisis, these jobs have vanished. Many Syrian migrants are relinquishing their temporary protection cards and returning to Idlib. Compounding difficulties for everyone, Erdogan announced a lockdown to prevent the spread of COVID-19 on April 26.

Migrants face a stark choice. They can either return to their countries of origin that are ravaged by war and devastated by poverty. They can stay in Turkey where they are unwanted. Or they can undertake the perilous journey to Greece. Those who make it, encounter more hostility as they travel north via the Balkan corridor.

In 2016, Chancellor Angela Merkel was visionary and practical by welcoming nearly 1 million migrants to Germany and integrating them into Germany’s economy and society. However, Merkel is leaving office in September; there is no leadership in Europe on migrant issues. Politicians fear that a more permissive immigration policy would serve as a migrant magnet, further taxing the system and roiling domestic politics.

Prime Minister Kyriakos Mitsotakis has legitimate concerns about Greece becoming a warehouse for migrants and refugees. Instead of taking responsibility to fix the EU’s broken system, EU officials are content for Greece to be a shield protecting Europe from a massive influx. They cynically herald “European values”, while ignoring unlawful border control practices, pushbacks, collective expulsions and unlawful returns. They turn a blind eye to Turkey’s efforts aimed at pushing people from its territory.

The European Union is simply unwilling to fix a broken migrant system, which compounds the misery of migrants who desperately seek assistance and protection. Migrants are viewed as a burden. They are unwanted, though many have skills and could be productive members of society.

The EU needs an effective system for maximizing the contribution of migrants to society. Moreover, the best way to manage the migrant crisis is to address its root causes. This will require trans-Atlantic efforts to prevent conflict and create conditions of prosperity as a disincentive to flight by desperate people whose lives are ravaged by war and poverty.

This article was originally published on New Europe on July 15, 2021.