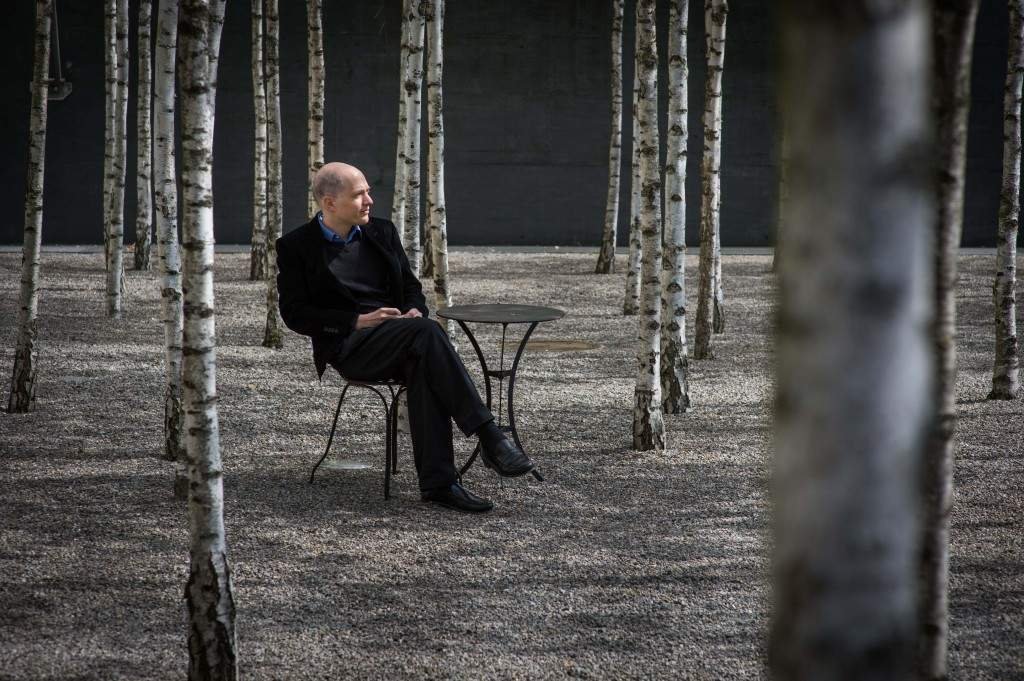 In closely reading Alain de Botton’s entertaining and enlightening philosophical text The Consolations of Philosophy, I focused on the author’s use of visual images as well as the style of applying difficult concepts to practical use, in making readers like me understand the message in each chapter. The Consolations of Philosophy is a delightful book on how timeless ideas of philosophy can be used to help us make sense of our lives and the events affecting us. de Botton skillfully linked the authors of the ideas of the challenges of life – Socrates, Seneca, Montaigne, Schopenhauer, and Nietzsche to the use of it in our daily lives, bringing an otherwise major dead philosophical discourse alive.

de Botton used numerous visuals, particularly paintings to explain the origin and the originator of the philosophical idea. He started by talking about the painting The Death of Socrates by Jacques-Luis David (p.3) and other related artistic depictions of the death of the Athenian philosopher (p.5) to provide perspectives on how event. Paintings were also used to describe how life in 5th. Century BC in Greek was (pgs. 15-26), hoping that these readers can better understand the cultural context of the beginning of Hellenistic philosophy. This technique of providing visuals made the reading of philosophy easier, as I experienced it.

“We lack a portrait of Meno too, though on looking through a Greek men’s magazine in the lobby of an Athenian hotel, I imagined that he might have borne a resemblance to a man drinking champagne in an illuminated swimming pool. … “ (p.19)

A picture of what looked like a movie poster of “Wolves of Wall Street,” starring Leonardo di Caprio was presented after the passage above. This technique of using a visual representation of the present to explain an idea of the past I believe is effective in bridging the abstract and historical to the concrete and the present, (p. 19).

Another example of how de Botton used visuals to enhance understanding of the application of philosophy is in the chapter on Seneca and the consolation for frustration.

In the sub-chapter “Shock,” de Bottom wrote about the complexity of how “Fortune” the Roman goddess worked and how the idea of good and bad fortune crept into modern life. de Botton used visuals of an airplane (p. 86) and automobile crash (p. 88) as well as the image of the goddess Fortune carved in an ancient Roman coin (p. 86) to highlight the interconnectedness of the abstract and unexplainable events in daily modern life. These visuals helped me see much better the connection.

Our mind works this way, I believe. At least for me words, landscape, buildings, and music act as stimulus and gateways to memory. They help scoop those ideas from the huge cauldron of my experiences and I’d taste them before making each a part of the story I am telling. A song may inspire me to write an entire story, for example, For example, the song “Bohemian Rhapsody” by the rock group Queen will always bring me back to the mid-seventies and my experiences in a boarding school in Malaysia. In deBotton’s work, it is the visual image he used very effectively as a literary device.

‘Abstract to concrete to the present’

Another technique de Botton used, and in fact, a major device of writing is to bring abstract philosophical ideas to a level easily understood and connected to one’s experience of the present. In the chapter on the philosopher Schopenhauer, de Botton started with a chronology of the life of the misanthropic-philosopher, presenting the life of the former as a timeline of events and the evolution of his thoughts and next, in the following section narrates the use of philosophy as a consoling device for “broken-heartedness”. de Botton described humorously, what went on in the mind of a man who was too shy to strike a conversation with a girl on a train yet conjured a fascinating story of the love affair he would have had.

The setting was in the present in London but the idea was drawn from Schopenhauer’s prescription in dealing with the world and how one should love oneself immensely to face a world of hatred, boredom, and emotional violence. Two passages exemplified how much Schopenhauer loved himself to the point of self-adoration; when de Botton described the sculptress Elizabeth Ney who “ … comes to Frankfurt in October and stays in the apartment for a month making a bust of him. “ (p. 181)

de Botton then quoted Schopenhauer: “She works all day at my place. When I get back from luncheon we have coffee together and we sit together on the sofa and I felt as if we were married.” (p. 181-82) In another passage exemplifying the alone-ness of the philosopher de Botton wrote about Atma the dog:

He acquires a new poodle and names her Atma, after the world-soul of the Brahmins. He is attracted to Eastern religions and Brahmanism in particular (he reads a few pages of the Upanishads every night). He describes Brahmins as ‘the noblest and oldest of people’, and threatens to sack the cleaning lady, Margaretha Schnepp. when she disregards orders not to dust the Buddha in his study. (p. 179)

The narrative of the abstract flowing into the concrete and next to the application of philosophy in the practice of daily life is clear in this chapter as well as throughout the book. Still, on the subject of how philosophy could be a consolation to broken-heartedness, de Botton wrote about how Schopenhauer’s abstract idea of attraction could explain In simple terms the rationale for physical attraction between a man and woman, leading to both falling in love, marriage, and next, to the ultimate goal of the relationship> procreate and to create human beings that hybridize the differences and the resolution of inadequacies:

The theory of neutralization gave Schopenhauer confidence in predicting the pathways of attraction. Short women will fall in love with tall men, but rarely tall men with tall women (the unconscious fearing the production of giants). Feminine men who don’t like sports will often be drawn to boyish women who have short hair (and wear sturdy watches) (p.191)

de Botton’s two techniques of writing and presenting philosophical ideas – using visuals and bringing abstractions to the level of instruction – were two effective devices of writing this delightful memoir of his engagement with philosophy.

Drawing from findings of neuroscientific principles of learning I find the techniques useful in maximizing understanding in that the brain reads information best, both in the visual and linguistic-logical forms. We live in a mediated world in which information is manifested in multi-mediated forms, signifying the advent of the idea that no longer the notions of Oral and Print Literacy alone effective in getting messages to the masses but the medium itself needs to be manipulated to reach the reader or viewers.

The techniques presented by deBotton’s The Consolations of Philosophy are useful as devices not only to make philosophical ideas better understood but to enrich them. Visuals, especially, can help break the monotony of texts. In conclusion, de Botton’s work has introduced yet another technique of writing worth modeling from.