A Funeral and Turkish Imams Driven by Politics 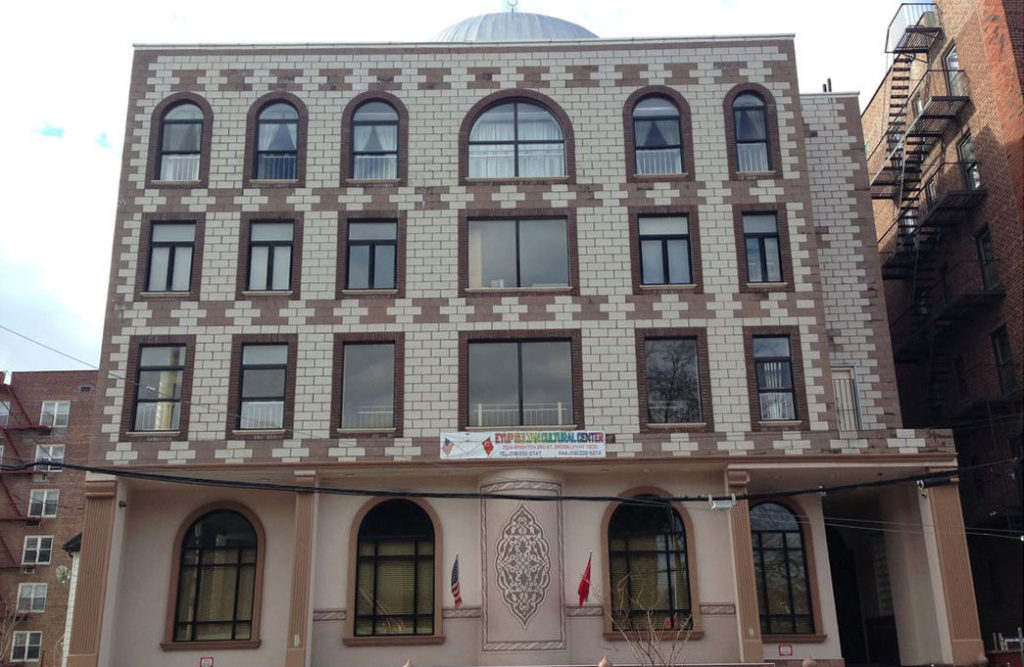 Since its inception, the Diyanet – Presidency of Religious Affairs of Turkey – has been there to streamline religious practice in Turkey under the watchful eye of the state. As one of the most critical institutions to move masses, the Diyanet treaded the mainstream while steering Islamic worship in Turkey as per the lines defined by the state for public displays of religiosity.

When Erdogan rose to power back in 2002, he was well-aware of how the Diyanet officials, especially the imams, could possibly be helpful for his Islamist political career to pave the path for his totalitarianism and life-time rule in the country. Having built his rhetoric and practice on the effective utilization of Islamic discourse in partisan politics, Erdogan is a firebrand Islamist who had to ‘ride on the democracy train until his stop of Islamization came’. After becoming the prime minister, he allotted larger budgets and incentives to the Diyanet both at home and abroad. It would not be an exaggeration if it is said, ‘Diyanet lives its golden era during the Erdogan regime in terms of controlling wealth and influencing masses through religious tools’.

Nil Mutluer in her academic article titled Diyanet’s Role in Building the ’Yeni (New) Milli’ in the AKP Era states how Diyanet has become one of the most significant political symbols and representations of the “yeni milli” (new national) or – in the words of the AKP partisans – the “yerli ve milli” (homegrown and national) values and neoliberal economic policies that the AKP seeks to instill and implement (in Turkey). The Diyanet and the mosques under its control has been extremely instrumental in instilling and implementing all agendas of the Erdogan regime based on the exploitation of Islamic values for political means.

As of October 23, 2020, the Diyanet officially announced the number of the mosques it ‘operated’ as 84.684 across Turkey. Spread across the farthest corners of the country, the mosques are effectively utilized for reaching and indoctrinating people with politically-tinted religious messages. The Friday sermons, as an indispensable component of the congregational Friday prayers, serve as formal occasions for preaching the public on religious matters. However, this has not been the case especially for the last couple of years.

Even though it might have proved feasible for many political parties before the AKP to have a say on choice of the weekly sermon topics according to the political agenda of the country, the Diyanet – by default – was devised to remain out of the political sphere unless desired by the powers that be. In the near past, Turkey experienced this with the generals who staged a post-modern coup on February 28, 1997 and started monitoring the themes of Friday sermons by introducing a centralized sermon system. Within the frame of this scheme, no imam in any mosque was allowed to deliver a sermon or speech other than the one issued weekly from the Diyanet headquarters.

As years changed, so did the political parties in Turkey. Yet, the practices remained unchanged. The Erdogan regime opted to follow the footsteps of the postmodern coup-makers and sustained the control on the sermons. Having announced that he longer wears the shirt of his political Islamist past, Erdogan depicted himself as ready for compromises within the rules of the game to be able to stay in power and fake the public opinion that he and his comrades had changed. For example, the Diyanet headquarters in Ankara prepared the content of 42 Friday sermons in 2014 and let the local Diyanet offices to decide for the sermons in the remaining 6 weeks of the year.

Gradually taking the main stage in the public sphere with Erdogan’s promotion, the Diyanet became one of the strongholds to sustain Erdogan for any political need at any opportunity. During the Gezi Protests, the Corruption Scandal, the July 15 failed-coup attempt and the Bogazici Protests, the Diyanet openly sided with Erdogan using the Islamic discourse to influence on the public mindset in associating true Islamic zeal and enthusiasm with supporting the Erdogan regime only. It is the same Diyanet which worked overtime to assist the Erdogan regime in preparing the groundwork and spreading the so-called ‘religious legitimacy’ for all injustice against opposing voices – most notably against the participants of the Hizmet Movement – unleashed in the wake of the July 2016 failed coup attempt.

Prof. Dr. Mehmet Gormez, then-President of the Diyanet, took tours of almost all Muslim countries and held talks with respective government officials and religious circles to convince them to deport the participants of the Hizmet Movement and to seize their educational and social institutions on behalf of Erdogan’s regime and joint political gains. His successor Prof. Dr. Ali Erbas followed suit with apt and duly dominant improvisations. All these activities showed that the Diyanet did not only become a political tool but also a religious institution that was deeply criminalized in the hands of the authoritarian Erdogan regime.

Indispensable assistance drawn from the Diyanet infrastructure for furthering political and financial aspirations keeps on leasing new life to Erdogan and his regime founded on oppression and opportunism. Erdogan’s ambitions are no longer confined to the borders of his home country; he considers himself as the leader of a neo-Ottoman realm with the Diyanet as his regime’s ‘shaikh ul Islam institution’ endorsing and promoting his socio-religious and self-claimed caliphate of the Muslim world. Hence, the Diyanet serves as a great political tool to spread neo-Ottomanism with Sunni Islamic narrative in the region. The Diyanet does not suffer from any budget cuts and has the blank check of the government to execute all plans and programs of the Erdogan regime. Especially after 1975, with the augmented Turkish diaspora in the West, the Diyanet started to build mosques abroad. Under the Erdogan regime, the Diyanet’s footprint gets larger with the construction of new mosques and Islamic centers not only in the Muslim countries but also in the US and Europe.

According to a BBC Turkish report, the Diyanet recently built 103 mosques abroad in more than a dozen countries including Albania, Russia, Germany, England, the United States and the Philippines at a cost of nearly half a billion dollars. This mosque network enhances the political ambitions of the Erdogan regime through the tongue of religion in different parts of the world.

David L. Phillips wrote that ‘Turkish-financed mosques are turned embassies of political Islam abroad’ in one of his articles. After the failed coup attempt, some Turkish citizens who resided in the EU countries were not allowed to enter the Turkish-founded mosques and were excluded from all religious services by the Turkish government-appointed Diyanet imams in those countries. Most importantly, the Diyanet imams in the EU countries, in line with the directives issued by the incumbent regime in Turkey, spied on the congregation for the benefit of the Erdogan. The probes conducted in various EU countries focused on this repurposing of Turkish imams as overseas spies on Turkish citizens on exile and EU citizens of Turkish origin.

A scandalous event on July 18, 2021 at the Diyanet-managed Brooklyn Eyup Sultan Mosque sent shockwaves. Muharrem Atmaca, a well-known Turkish businessperson in the borough, had breathed his last on July 16, 2021 and as per his family’s request, his funeral service would be held at the Eyup Sultan Mosque with the imam leading the funeral prayer. Or so they thought. The family circulated funeral invitation cards requesting the attendance of the friends and the colleagues of the dear departed to the funeral.

The Turkish-brand political Islamists are known with their disrespect not only to those who are alive, but also to the dead. In their opinion, all opposing voices do not deserve fair and humane treatment. If the dead person is not of their school of thought, these Islamists even do not allow final rites and access to religious services in Turkey and abroad.

It is no longer a secret that all Turkish foreign missions are entitled by the incumbent regime to spy on the opposition and pinpoint their whereabouts for prospective overseas abductions or assassinations. In normal cases, the individuals who are reported to the Turkish authorities are immediately denied services inherent to their citizenship. In addition, they are mobbed and banned entering all ‘official places’ including the state-founded mosques, which in Islamic faith are open for all as the houses of God. Such disgraceful incidents are blatantly committed by this political Islamist mindset in the developed countries like the US, the UK, Germany, and the Netherlands.

We all can live with honor but the regime apparatuses cannot live longer with this shame.