A lesson before cartooning, in light of President Macron’s confusion 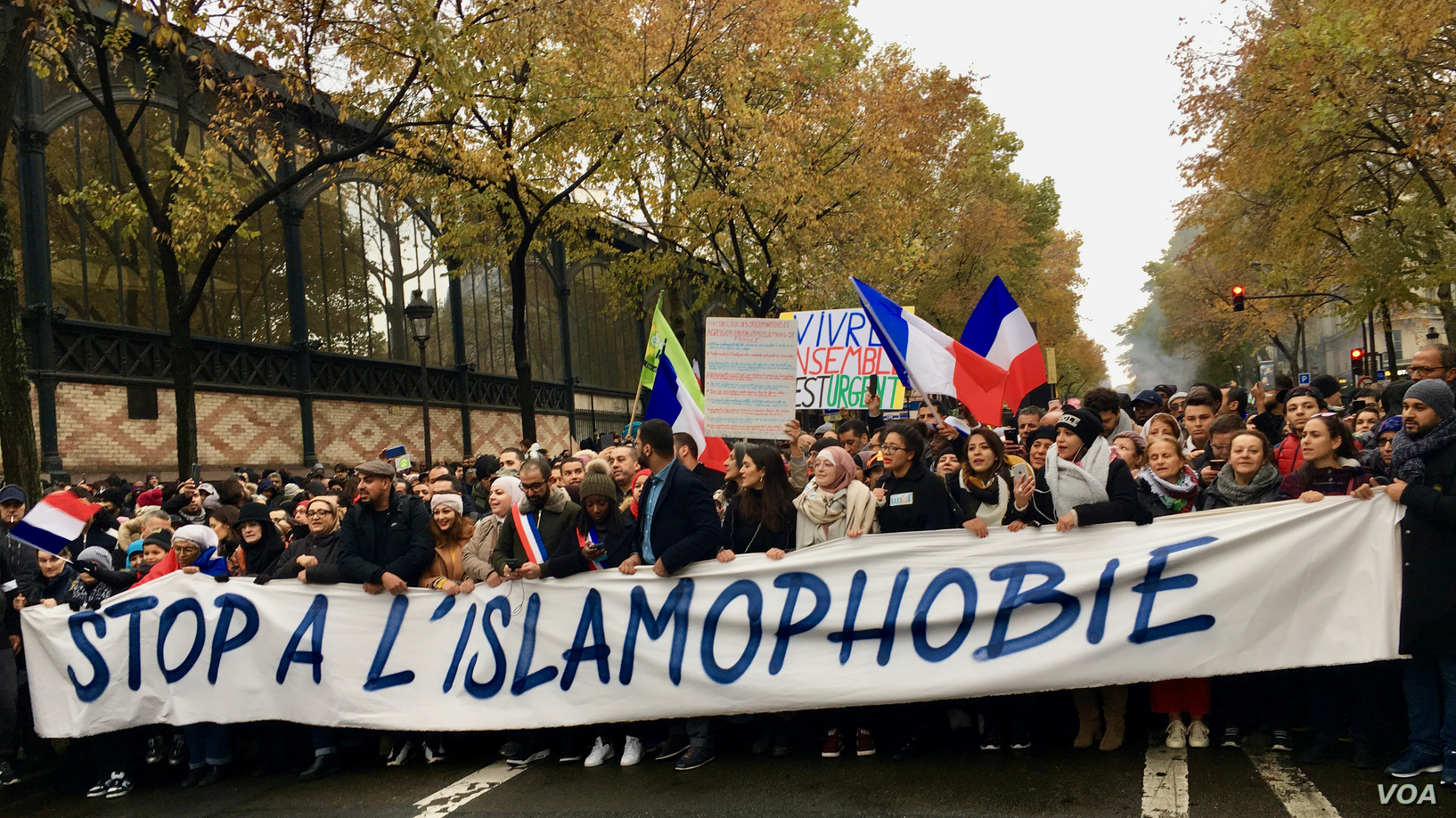 It is unfortunate to read the incident of the decapitation of a Middle School Social Studies teacher in France, whose life was taken after he taught about the cartoons on Muhammad, the prophet of Islam. My first and perhaps only reaction ever would be this: Islam is not the problem. Some Muslims are. So, the French president Emmanuel Macron was wrong and need to teach his citizens this idea of misrepresentation of Islam.

The issue brings me to an article I wrote at the height of the “Muhammad-cartoon-controversy” in Denmark about 15 years ago, Reading through it again and reflecting about what happened in France leading to the brewing of the Turkish Erdogan- French Macron  quarrel, I reproduce the piece, which carried a similar view I had then, on respecting religions.

I received so many thoughtful and thought-provoking e-mails concerning my article on the cartooning (Danish) controversy. Those that impacted me most were the ones that asked for my stand on the issue of “denigrating other religions” through any art form.

One reader wrote pointing out that in the West, it is perfectly fine to engage in such creative cartooning.

First, it is just “cartoons”. Next in a few decades from now, it will be real drawings, then animated cartoons, after that feature-length Disney movie and consequently a Hollywood-produced rendition of the Satanic Verses. In America, foul mouth stand-up comedians who earn their living bad-mouthing other nations and peoples are hailed as demi-gods and stars. Jerry Springer and Howard Stern who earn their living “portraying and talking trash” are hailed as highly creative human beings, in the name of “free speech”. In the adult cartoon series “South Park,” God was poked fun at.

In the West, the Prophet Jesus (peace be upon him) is consistently caricatured. Not many things are sacred anymore. Capitalist and imperialist thinking makes it so. Capitalism colonizes moral spaces and rapes spiritual consciousness in a broad-daylight robbery in the marketplace of free speech. This is the nature of the “industry” produced by the Western mind. The culture industry that profits from the profane as well.

Lao Tzu warned us against “carving the stone”. The Buddha taught us to be aware of appearance and reality. Jesus of Nazareth taught us to love our neighbors. The dialogue between Arjuna and Lord Krishna in The Bhagavad Gita taught us to differentiate between acts that are “demonic” and those that are “divine”.

But it is through the high-speed medium of publishing that we see the globalization of “arrogance” that is met with a “globalization of anger” of such magnitude. Newton’s Second Law of Thermodynamics is at play here, within the paradigm of the Chaos Theory.

This is the notion of colonization of the mind that is at play. This is a passage and mode of operation of a “psychological warfare” that attempts to subvert the foundations of religious reverie, in this case, of the Islamic faith.

Boycotts as a non-violent protest

The Danes who read the newspaper with the cartoons probably laughed out loud and think that more cartoon contests like that should be organized. Blasphemy and controversy sell well. These are the inner workings of the modern media capitalist system – repeat something many times over and it’ll be true. Spread it through the Internet and it becomes, to European children, the truth about Muhammad (pbuh). (“But it’s only cartoons”, as any intelligent French, American or even Malaysian child would say).

Each nation is protesting differently – from the extremely violent to the non-violent. This is the reality of nations with different levels of class-consciousness. I suppose many have business interests in Danish companies in Malaysia and are not willing to call for a boycott of their goods.

Business interests and corporate greed overrides one’s sense of inner justice. These apologists are bought over by the European robber barons, who have plundered the “uncivilized” regions of the world since Christopher Columbus. Now they are colonizing our mind with Lego blocks, Danish cookies, and Disney movies (as well as Black Metal music from Denmark).

This warfare is part of an ongoing historical march of the “clash of fanaticisms” and of “ignorance”.

This is the notion of the signs and symbols of colonialism or the ‘book of signs’ that I am frequently writing about in this column. We must now learn how to read the happenings of the day and analyze them from a kaleidoscopic point of view – from the historical, political-economic, and ideological point of view.

My writings are meant to “subvert” existing foundations, whether they are coming from the right, left, center, up, and down, etc., of the ideological spectrum. I see myself as providing more questions since no one should monopolize the truth – whether Islamists, Liberals, Democrats, Postmodernists, the Danes or the new Malaysian cabinet, that got into power through coup de disgrace of jumping frog-politicians handsomely paid to jump ship.

But I also believe in praxis – the translation of theory to practice so that we do not merely become armchair ideologues in our field but speak a truth we are comfortable growing up and growing old with.

Religion is useful as a bridge to philosophy, and to reason and rationality. The cartoon issue might have been a Christian issue of the depiction of Jesus or a Jewish issue with Abraham/ David /Moses or a Buddhist issue with Siddhartha or a Hindu issue with the depiction of Arjuna/Krishna/Brahma/Vishnu/Shiva or whatever that is unfairly caricatured.

I hope we will continue to think of these issues and enlighten others on the philosophy that we hold dear to our hearts. Religion need not be a tool to be turned into firebombs or daisy cutters. There is value in it – which each believer must explore – so that ultimately what exists in our understanding is the presence of the Ultimate Reality and the Supreme Being or the Lord of the Universe.

My point is clear on this issue, whether it is a cartoon, or a work on canvas, or a computer-generated image – one must condemn acts that blatantly disrespect the belief system of others.

I have taught comparative/transcultural philosophies here in the US and use The Bhagavad Gita, the Ramayana, and the Mahabharata to teach Americans about Hinduism. I also teach the Quran and the Hadith, the Bibles of the Christians and the Jews and texts of Buddhism, Taoism and Confucianism. I have a deep respect for these texts and the universal themes of humanity in them as they transcend race and nationalism.

All have to learn from each other especially in understanding and respecting what others have to teach. If we begin our educational process by hating each other through the denigrating of these symbols, we have already failed to grasp the meaning of education for spiritual life itself.

Those who see it acceptable to parody and denigrate Jesus (peace be upon him) are probably non-believers of any religion themselves and are used to the kind of freedom of speech that has no boundaries. Muslims must defend anyone who denigrates any religion, in order for one to be called a good Muslim.

The “West” in its most diseased and retrogressive form was the West of Christopher Columbus that paved the way for the enslavement of the natives of the Americas. It is the diseased West that brought the African slaves through “The Middle Passage”, and it is the “deranged West” that prepared itself for perpetual wars from time immemorial to this historical moment of global terror.

The riches of Amsterdam, Copenhagen, London, Paris, and Lisbon are built upon the blood, sweat, bones, and tears of the people of Africa, Latin America, Middle East, and Asia. These continents died for Europe. The final analysis: imperialism is the highest stage of capitalism.

It is this problematic “West” that has also helped groom non-Western rulers into despots and dictators, through political-economic systems that are transferred either gently or by brute force.

It is this disease of the “Western mind” that has brought the applications of science and technology to the age of “guns, guts, and glory” and on to the age of weapons of mass destruction. It is this insistence on creativity and freedom of inner expression that has destroyed ethics and now endangers humanity.

Creativity need not be an inspiration to create chaos and destruction. It must be contained in the moral domain. Civilizations will then flourish.

Or else humanity will become nothing more than a Sunday morning Western cartoon character that gets blown off a hundred times over.
https://www.goodreads.com/author/show/5751844.Azly_Rahman