A Malay Child of Malaysia’s “Merdeka”!: A Lamentation 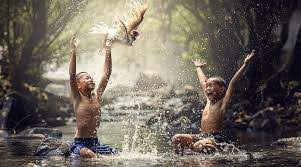 31st. August 2020: Malaysia is celebrating her birthday, undeserving of pomp and pageantry. This is my view of what continues to ail this beautiful country ruined by leaders who care not about fostering national unity.

As a child born into a Malay family a few years after the shouts of Merdeka” filled the nation’s stadium, and as a child privileged to be given the opportunities accorded to a “bumiputera,” I have a statement of hope to convey to the nation of Malaysia where I spend a considerable time growing up.

I think of those who have brought me to where I now am. A boy, growing up in a Malay village in a poor family but blessed with a lot of pride and dignity, eager to explore the world and the world to explore me. I had these questions which I continue to reflect upon, concerning human freedom. Of multiculturalism and the idea that all lives matter– for what is important is not one’s skin color but the content of one’s character.

As an adult growing, learning multiple ways of knowing about the world through people of multiple cultures, I often ask the question of what will happen to the children and grandchildren of Mr. Wong Seng Kwong, my Jawi teacher in Johor Bahru, Auntie Ah Lan the lady who taught my mother how to sew clothes for a living, Dr Das who treated my childhood illness and taught me how to be “patient” about wanting to make changes in the world, Mr. P V Kulasingam, my fearful-looking headmaster, Miss Chan, my favourite maths teacher, who suddenly became angry at me a day after the May 13,1969 riots, Mr. Peter Ng, Miss Christine Yap and Mr. Stephen Ambrose, some of my English teachers who taught me to love the language when I was struggling with other subjects, and countless other “non-Malay non-bumis.”

I have become indebted — to those who have contributed to the subjectivity” of what I am as a “cultural being living in an ever changing and evolving world of shifting cultural constructs.”
In short, I ask the question – what has this nation done to the children and grandchildren of these people through the policies we create to alienate each other? Why has this country called Malaysia continue to allow leaders to rule by the iron hand of racism and religious bigotry?
Because in my profession as an educator, questions are more important than the answers, I present them below:

After this Independence Day/Merdeka, celebrations will we all be called the “new bumiputeras”? Will the false dichotomy of “Malays” versus “non-Malays” and “bumiputeras ” versus “non-bumiputeras” be abolished? Will we come together as “true blue Malaysians” who will progress through the guiding national development philosophy crafted by the principles of scientific socialism, multiculturalism, affirmative action and meritocratic principles in a balance, and the respect, cultivation, and preservation of indigenous cultures that sustain the dignity of each race?

Will more financial aid be given to the deserving students of all races? Will more scholarships be given to “non-Malays” or “non-bumiputeras” so that they too will enjoy the fruits of the labour of the parents and grandparents who toiled for this nation? Will more deserving “non-Malays” be given the much needed aid to study abroad and to come home and serve, so that they will take pride in building the nation that has been kind to them? Will this new preferential treatment cure the ill-feeling and animosity over the awarding of resources amongst the different races?

It will be a shame to the hard work of the “founding fathers” of Merdeka if we do not work towards providing equality, equity, and equal opportunity to the children of all races. It would kill the spirit of Merdeka. 0ur Merdeka gone astray?

This Merdeka, we have gone astray. Race-politics has reached its boiling point. It is predictable as a consequence of the outgrowth of politics in a pluralistic nation. Scholars who write about the difference between nationalism and socialism have predicted the bankruptcy of the former, in an age of globalisation and mass consumption – in an age wherein blind nationalism has become a blinder or the politics of plunder.

This Merdeka, let us extend special rights to all who deserve to live a life of dignity, based on the principles of the universal declaration of human rights. In a nation wherein the three major races help build the nation, the nation must now belong to the children of all these races.

It is the logic of the brighter side of Social Darwinism – that all must be made fit to survive, not through natural selection, but through an inclusive philosophy of developmentalism. It is an antidote to racial discrimination, based on a sound philosophy of peaceful evolution.

We cannot continue to alienate each other through arguments on a ”social contract” that is alien from what Jean Jacques Rousseau wrote about some 300 years ago – a philosophy that inspired the founding of America, a nation of immigrants constantly struggling (albeit imperfectly) to meet the standard requirements of equality, equity, and equal opportunity, especially in education.

How do we come together as Malaysians, as neo-bumiputeras free from false political-economic and ideological dichotomies of Malays versus non-Malays, “bumi” versus “non-bumis”, and craft a better way of looking at our political, economic, social, cultural, psychological, and spiritual destiny – so that we may continue to survive as a specie of Malaysians the next 50 years?

As a Malay and a “bumiputera”, I want to see the false dichotomies destroyed and a new sense of social order emerging, based on a more just form of linguistic play, designed as a new Merdeka game plan.
Think Malaysian – we do not have anything to lose except our mental chains. There is still a reason to celebrate. Only if we dismantle a system that continues to divide and rule, in which there are practices that alienate as the politics of religion and race, continue to dominate.