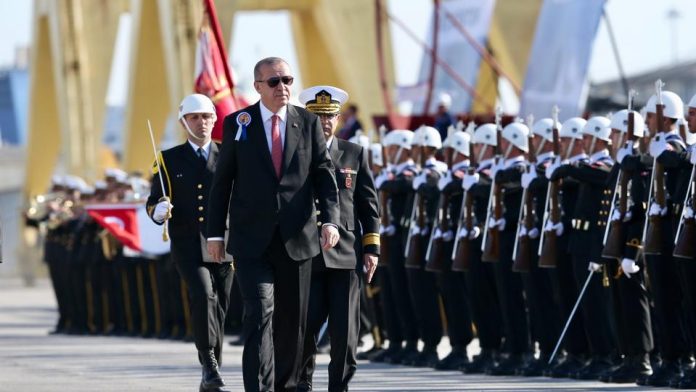 Oppression and pressure never cease in Erdogan’s Turkey. A couple of days before, six thousand more public officials were dismissed from the state departments with a statutory decree and with no court case or clarification. The impact and consequence of this latest episode of the witch hunt conducted by the incumbent regime will deal an immensely adverse blow on all families of the dismissed officials the same as it has happened with all others who faced the same fate earlier.

The latest dismissal of six thousand officials transpired silently. No one actually knows the exact number of dismissals yet. 6000 is deemed to denote the minimum number of the purged. We also know that 3600 are from the police, and the rest are from different ministries with the Ministry of Interior leading the pack. Everyone, including the officials of the opposition parties, is, as if they have a pact of silence, are quiet on the latest dismissals. Especially the silence of the opposition parties makes everyone fear of the prospect that nothing would change even if the upcoming election fetched a different party to form the next government.

With baseless allegations, hundreds of thousands of people were dismissed from employment in public service after the failed coup attempt in July 2016. Even though all these dismissals were illegal and arbitrary, most people justified them with nationalistic and gallant emotions on the days following the failed coup attempt. Yet, the latest dismissals of six thousand people are scandalous and unacceptable. How can these people with no criminal records be tagged as so-called terrorists for mere nothing? On what basis one could justify such allegations and dismiss proficient public officials from their posts through such an obsessively blatant manner with impunity? These are solid and legit questions, yet no person or institution would dare to provide answers. In today’s Turkey, if the incumbent regime wishes anything, that happens no matter what because the common people yield way to it by considering the state as a god-like father figure.

All the dismissals since the July 15 coup attempt have been illegitimate and the latest one is a proof too. The dismissed were never even issued a traffic ticket in their lives but the allegation of membership in a terrorist organization and attempting a coup d’état is nonsense. For sure, the regime officials needed an excuse to base their evil scheme of purging all honest, trustworthy, and law-abiding officials from public offices to execute their illegal operations sans interruption. The July 15 failed coup attempt gave the incumbent regime this absurd but so-called legitimate reason to get rid of the law-abiding officials.

Curious, from the first minutes of the coup attempt, the Erdogan regime has branded the Gulen Movement as the sole perpetrator of the incident. What’s more, the Erdogan regime tried hard to sell this rhetoric abroad to convince other states to end the institutions and activities of the Movement globally. Yet, no one actually believed the allegations. Imagine, you are in a direr and a more severe situation today as compared to six years ago and you have 3600 armed police officers under your sway.

Contrary to all claims, you do not deploy them to execute a coup but let them work for the regime and do whatever they are told. The million-dollar question here is asking the reason to believe that the Movement tried to attempt a coup six years earlier while the conditions were much better compared to today, and why the same movement did not even consider to go for it in a worse situation nowadays. Actually, the Movement never wanted or perpetrated a coup, but the Erdogan regime staged a false flag operation to frame the Movement. However, the entire regime discourse and game plan based on the claim that the Movement attempted a coup collapsed in the sixth year. The latest wave of dismissals is another proof that the Movement is innocent and would scheme no bloody attempt no matter what it is called.

There are also people from both sides who claim that the Movement organized the coup. In this way, they wish to bulldoze the entire Movement with its participants and institutions. On the other hand, some people opine that the Movement should shoulder the responsibility of revealing the obscured aspects of the coup attempt. All these incidents have shown us that the Turkish public is theoretically illiterate in affairs pertaining to governance, justice, and politics.

Otherwise, no one may expect a transnational faith-inspired civil movement to do the work of the government and achieve the ‘impossible’ singlehandedly. When they hear this anti-argument, the naysayers protest, ‘The government has nothing to do with it!’ It is more or less the same thing, whether it does its job or not, the government still must shed light on the crimes as it is not the duty of the suspects. Everyone sees what is happening and who did what. Those who spend their days and nights blaming the Movement will feel ashamed sooner or later.