A scary new world we are entering 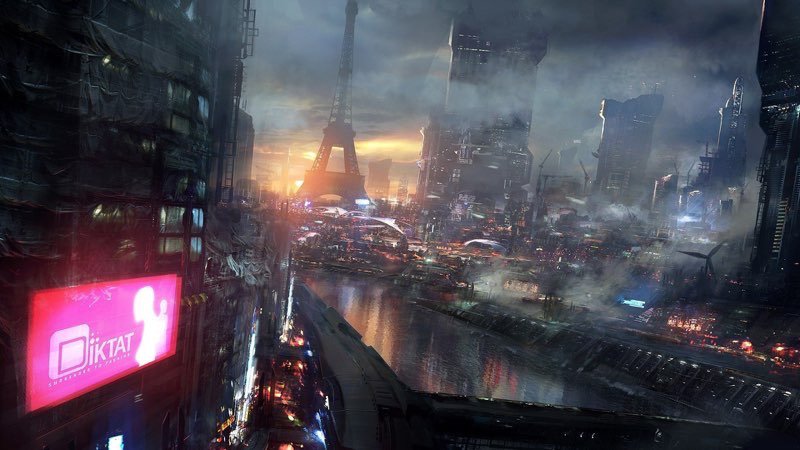 Radical deglobalisation is happening the world over: the sudden implosion of every country/nation-state, in a rapid-fire Kondratieff Cycle episode of the rise and fall of the economy, of a network of exchanges in the global supply chain of the retail industry, of the destruction of the travel and tourism industry, of manufacturing, mining – of any industry perhaps which requires human interaction and cheap labour of the world’s poor.

The word today is “a war we are in”, “a battle zone”, “makeshift hospitals for the wounded and dying”. Symptomatic of a world war. A cataclysm of a different sort and one in which even the most powerful nation on Earth – a least militarily one such as Trump’s America – is begging for face masks and ventilators, so that death can be delayed. The nation can expect “the curve flattened” whilst the country deploying armies can do battle with this invincible enemy and to deal with a plague whose cure will only come when perhaps millions have died.

Millions, at least in the US, will lose their jobs by the year’s end, or even earlier. How long must employees be furloughed, be given unemployment checks, be helped by the state in a Keynesian manner? Nobody knows. The answer depends on how much of a welfare state way of thinking is deployed in a country whose citizens think that socialism is communism and un-American.

“Unemployment rate” gauged against the points on Wall Street and the runs of the bulls and bears – is a fancy word, masking the human face behind the suffering of the inability to feed the family. To put food on the table, as the Americans would say. A hungry stomach knows no ideology nor fancy words. Crime rate will increase as the unemployed become restless, as survival is the only word the hungry knows, in a post-corporate capitalist world known for its Friedmanian brutal survival of the fittest of cut-throat competition.

What are we witnessing – economically, socially, technologically, and even humanistically – in a post-Covid-19 world, is destroying the core of our glitzy, glamorized ideas of global capitalism for the world’s rich. And as it permeates into the veins, the cells, the neurons of every nation, by first infecting as many of us and next testing the preparedness of our healthcare system with daily onslaughts, daily deaths, daily thousands of infections.

In this pandemic, cities are targets and none will be spared of the destruction through rapid infection. This moment calls for architects of the future to start responding to waves of change. One might think Covid-19-ready cities are in one’s urban-planning philosophy and ideology. A Star Wars-type with advanced sensors, holograms, social monitoring system via a hyper-tech environment. Or sparsely populated “communes” networked driven humanely and sparingly too.

Cities of today are good for a world of 100 years ago, therefore the Bubonic-plague effect in New York City. The global supply chain of healthcare needed today in new cities run on big data and a new way forward for work, leisure and employment.

We need to think of new businesses post-Covid-19, the world has suddenly changed. Of radical shifts in retail and manufacturing, education, and architecture too. We need to start having national conversations for the design of new habitats, Covid-19-ready cities, cyber-related industries. Our economy, technological activities, social relations, education, and even our practice of institutionalised religion and spirituality need to change due to the sudden global implosion.

Bill Gates was rightin 2015, as he spoke about in a Ted talk. We are not ready and we must take all the measures to be ready. There is indeed wisdom in the man who is both a futurist and an industry change-master.

Malaysians need realist-visionary leaders, all those in the current backdoor cabinet, need to think like wartime leaders and focus on not only how to treat the wounded, which are the people and the economy, but also what sort of world we are entering and how to think and act accordingly.

We cannot afford to be rained on by the filth of non-sensical statements in a time of the coronavirus. Of ministers prescribing hot water for an instant Covid-19 cure, of advising women to talk to their husbands like the cartoon character Doraemon, and of still waiting for fatwas to be produced on whether to allow mass prayers and religious gatherings.

We are also reading of the new envoy to the Middle East not knowing how to write a message of diplomacy in the time of a global crisis, spewing hatred to non-Muslims and talking about Malaysia’s internal politics, rather than how the Muslim countries need to come together to fight Covid-19. The Muslim world is not interested in listening to the self-proclaimed virtues of an Islamic party that has gone filthy succumbing to corruption.

In all these, Malaysia is a lost cause in the recent formation of a backdoor government only interested in the national coffers and, as many have said, the rewarding of traitors who betrayed the people’s mandate.

And so, as we sit at home saving lives of those at the frontlines of this war, not only can we see how the world as we know it – of free enterprise and of rapid globalisation – will dramatically change, but we can at least think of what next rather than what just happened. We cannot expect much from this backdoor government judging from the barrage of nonsensical statements produced, insulting our intelligence – at a time as serious as this time of the coronavirus.

Stay safe, stay healthy, stay happy. Stay home and wish well for those saving the lives of many.