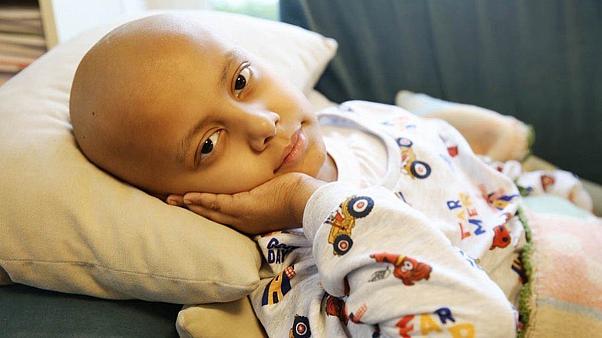 I am attracted by a 02:17 video clipon WhatsApp “from Facebook”. It’s superb graphics. An eye of someone with a partially hidden face, very ably invites me, from a distance, to tap on a lone white arrow in a black background and watch what’s inside.

Irresistibly, I tap on it. There appears a young person and a bit obese (to me); dressed in a dark blue, V-shaped collar T-shirt, whose emblem I fail to recognize.  He is smiling —a sign of happiness. His white overcoat gives rises in me memories of good healthcare. A doctor with stethoscope secured somewhere else, maybe?

But Alas! Conceptual, audio and visual messages I get don’t tally. My conceptualized young person turns out to be nine-year-old Turkish child, Ahmet. The script title: “Ahmet died!” carries its own message. Two years down on the cancer battle front suffering with undue bitterness, Ahmet must have become a living story across continents.

On his death, sympathy was no longer an issue or enough. It was time in for empathy, to which, unfortunately, doors had since been closed in Turkey politics, creating a loophole for subjecting even to the innocent to serve life sentences for perceived mistakes of their parents!

Ahmet was only nine. Some sources put his age even at eight. He was yet perceived as a threat to the Turkish government of President Recep Tayyip Erdogan. All this was because his father was a perceived member of a perceived terrorist movement, led by a perceived Erdogan rule opponent, Fethullah Gulen, accused of masterminding the June 15, 2016 attempted coup. Ahmet must have been a genius to share in it at the age of four or five! His father had since been arrested.

According to the video clip I was watching, Ahmet and his mother’s passports were cancelled. He was going to be treated in a special German clinic after the people mobilized and collected 49,000 Euros for his cause. But Erdogan regime did not allow him to travel. When this became widely known on social media, Erdogan allowed Ahmet to travel to Germany without his mother. He had to come back.

The people did all they could to help his mother get travel permission from the government. With the ruling (AKP) party intervention, the permission was granted. But, it was too late. Ahmet died. The video script concludes: “Ahmet was killed.”

The clip had two other serious message images. From an ICU bed, Ahmet made me get the vision of somebody trapped in demilitarized zone electrified fence barbed wires, lying there helpless waiting for being retrieved by border security guards.

Why did Ahmet come back home in the first place? Did he come to die? Not quite.

Online Turkish-minute platform had an answer. It said: “Ahmet Burhan Atac, an 8-year-old cancer patient, succumbed to his illness … after a travel ban on his mother prevented him from receiving treatment for a month in Germany. He had been diagnosed with …cancer in September 2018 while his father was in pre-trial detention for alleged membership in the Gulen movement.

“After the failure of treatment at a local university in Andana his mother came to public attention with her requests on social media for the release of the father, Harun Reha Atac, so that the boy would be able to fight the cancer with his father by his side.

“As his sickness progressed doctors recommended an immuno-oncology centre in Germany …which responded the boy could be treated if he was immediately flown …there. The boy travelled alone to Germany in January 2020. His mother could not accompany him. She had her own prosecution over alleged Gulen links. Prosecutors declined to lift her ban.

“A businessman, who hosted Ahmet, revealed that his morale was low and he was unable to eat. He subsequently came back home. Mother’s struggle continued. On March, 3, she got consent to travel to Germany, where it was revealed the cancer had spread over the whole body.”

It was this time he came back to die in his country after having been denied a chance to live by his own government because of differences with his father!

From an expert’s perspective, Omer Faruk Gergerlioglu, defender, doctor, Member of Parliament and the Turkish Human Rights Inquiry Committee, says: “I’ve been fighting against human rights violations for many years… I never question the victim’s identity.” On his pinned tweet, he says: “Little Ahmet has unfortunately become the symbol of persecutions of the SoE (state of emergency) period.

“Since I have known him, he has not asked for anything, but his father. However, neither he could reunite with his father, nor his father could see his last moments. The epic longing has ended.”

In Africa we say, if you really want to help a bird, you must do so when it can still fly.

At the UN headquarters in New York President Erdogan is on record for having lamented in last year’s General Assembly, about seven months ago, that millions of children worldwide had lost their lives in the previous year, and 17,000 of those killed had been in Syria. Others had been severely injured.

Until that time, he said, 490 children had been killed and 3,000 injured as a “direct target” in the Gaza strip of Palestine. Children playing on beaches, running in parks, taking refuge in mosques or schools, or curled against their mothers’ bosoms, were mercilessly killed before the eyes of the world.” He cursed what he called double standards.

Writing in the Foreign Policy Magazine, he charged the “UN which was intended to be the beating heart of humanity has no pulse”…..if the global powers don’t help “the rest of the international community must initiate a comprehensive reform process…”

Moral political philosophers hold that if you want to move the world, first move yourself. What is holding President Erdogan to move himself first? What is holding him back from reading back what he has written? Is that why he dared tell the world through the magazine: “Ankara eliminated the majority of FETO in the last five years but the US and European countries have not understood the danger yet…” as Fethullah Gulen is in the US…?”

Are the likes of Ahmet part of the danger Erdogan wants eliminated? What wrong have they done to warrant the treatment they are getting from their government which is supposed to protect them? Or are they being ‘mercifully’ killed? Killing one person is killing the whole of humanity, says the Quran. Which book does the Erdogan regime use for the Ahmets?