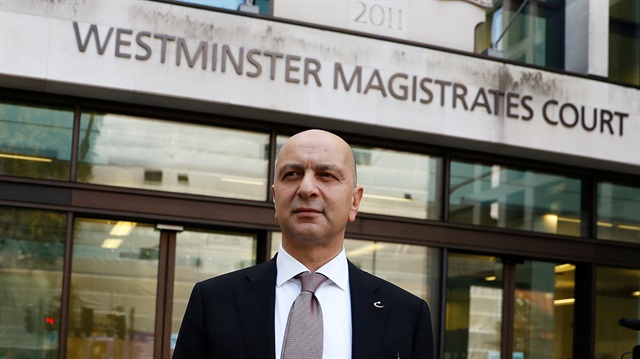 The discussion which had started with the decision of London’s Westminster Magistrates Court about Akın İpek, and the official letter of The Ministry of Justice, continues with a lot of blaming.

The government denied their own formal letter which was sent to the court.

One of the most loyal bureaucrats got into trouble. That bureaucrat is Abdullah Murat, Legal Counsel in the London Embassy of The Republic of Turkey. It is being brought forward that the single page letter presented was written personally by him. An investigation has started about him and he was called to Ankara hastily.

The document, which is dated 8 November 2018, reads Ministry of Justice Foreign Relations and Directorate General of Europe as the sender institution. Underneath, there is the signature and stamp of the Ministry of Justice of The Republic of Turkey. The communication detail shows the address of the general directorate located in Ankara with a telephone number.

In summary, the document was able to drop all of the ongoing lawsuits included the Bylock cases. It further stated that sympathizing or financially aiding a group cannot be regarded as evidences singlehandedly, and witness testimonies cannot provide a basis for verdict of convictions.

The purpose was to feed the court in London a line. They were supposedly going to show that the judiciary was independent, and there was rule of law in Turkey. Together with a “smart” move, they would be able to grant extradition for Akın Ipek and other defendants.

However, the Westminster Magistrates Court rejected the extradition requests with the following statement: “The case is political. There is no fair trial in Turkey. There is maltreatment in prisons. There is no evidence for the accusations.” Thus, the “things” being carried out in law in Turkey was filed in the international arena thanks to the English court.

The Ministry of Justice is drifting with the squall right now and they are yelling out loud that the letter, which is argued to have been written by the counsel, is not reflecting the truth.

In other words, they cannot even accept as a lie that Turkey has fair trials, the verdicts belong to the independent judiciary, and the principles of the international law are valid in Turkey. They are allergic.

Of course, the situation is nowhere near like this.

The government of AKP (Justice and Development Party) demonstrated their hypocrisy, like always, to ensure the extradition of Ipek and the other defendants, and not to go father and fare worse, they want to preclude the local courthouses to return acquittals by looking at this letter.

In fact, to explain the situation about Turkey, forwarding the article of Suleyman Ozisik titled “How do they identify the members of FETO?” to the Westminster Court would be just enough. They are more than welcome to send such an article to avoid another counsel “disaster” in the future. This way, they will also pull off representing Turkey in a wrong way. They can also nicely exemplify how they carry out collective enforcements, how they make the law their slave, how they do “that thing” in jurisdiction, and how they massacre the pedestals of universal law in general especially individualizing any crime.

The article of Ozisik, which appeared on Newspaper Turkey, was based on OHAL Islemleri Inceleme Komisyonu (Commission for the Examination of Proceedings Under the State of Emergency). In other words, it was based on the authority which is capable of disposing the injustices, and find a solution for the existing complications… This is a place where European Court of Human Rights shows the address for, and it also casts away The Universal Declaration of Human Rights for the sake of its ombudsman office.

Salih Tanrikulu is the head of this particular commission, and he underlined quite clearly how they worked, inspect the files, and identify “a member of FETO”. They have objective criteria, which we found out thanks to him.

Tanrikulu also showed Ozisik the steel safe where 440 thousand files are being kept. The lives of 125 thousand people and together with their families, the lives of 500 thousand people are being decided like the following: Figure of speech, if they deposit some funds into Bank Asya, or they cancel their DigiTurk television subscription, they are deemed a member of The Movement.

So, is there any court verdicts dictating that The Movement was a terror organization back then? No.

Are these legal institutions? Yes.

Yasin Aktay, the then spokesperson of AKP, while answering the accusations of “There are two ministers and 40 MPs using ByLock in AKP” in November 2016, he stated: “It was founded that The Gulen Movement was an organization on 17 December. We cannot say “we were tricked” for a structure which had not committed any crime, and naturally showed every action and every work of them under the law. Today, any individual, group, or non-governmental organization have the capacity and the potential to commit crimes in the future. However, we cannot have the right to prejudice people, who are innocent, for they have potential to commit crimes. If they wouldn’t have done the coup attempt on July 15th, we couldn’t have the possibility to take measures against them under the law.”

In other words, he was stating that until the corruptions of AKP surfaced, all of the actions of The Movement was being carried out under the law. However, they “acknowledged” The Movement as an organization together with the 17 December corruption operations.

Today, 40 years of history of The Movement is being tried today.

Meaning, thousands of people are imprisoned today for the actions which “were not crimes” in the past.

The people who did not “commit any crime” in the past, are being punished today retrospectively through a “Blessing of Allah” produced later on.

When AKP is in question, the “law is processed”.

As we understand from Yasin Aktay’s own words.

Or, the words stated by Efkan Ala, former Minister of Interior, to the Grand National Assembly of Turkey July 15th Commission of Investigation on 18 October 2016: “Dear Minister, all of those people were appointed, you were the undersecretary of the prime ministry. Is it possible to appoint numerous majors or commissioners of police without the background checks and authorization of the undersecretary? Now, you are saying “I barely identified this organization.” If you ask me, you are one of those people who identified this organization the earliest. Most of your photos published in media, even the ones when you were young are amongst the FETO organization. Now, on one side, you are saying 17-25 December is the milestone of this things, and on the other side, you are saying until the 1980s…”

Efkan Ala’s response was rather meaningful: “I also know you quite well, Dear Deputy. You very well have dialogue with the individuals who are in the center of this system. (…) We, as the AKP government, put every individual or group in their place after they started committing crimes, and we did not do anything while they were not committing any crimes. I mean, did they commit crimes back then, did any individual commit any crimes and did we do nothing about them? What kind of a logic is that? We took measures from the moment they started to commit crimes, and you were against it back then. (…) I mean, what do I have anything to do with those people on those photos? Nothing. Everybody is taking pictures with everybody. We had gone to England so long ago, in 1980s, at the end of the 1980s. You can see deputies there. Obviously certain groups are together. If you focus on photos, you will find many more of them. It was something when we were young. I mean if you could have told beforehand that somebody will commit a crime… “These people are capable of committing crimes, could work against state, that is why we shouldn’t appoint them”… If you start doing something like this, there is no way out…

Do you see how the law is being processed?

How the process is going on is quite clear, isn’t it?

“These people are capable of committing crimes, could work against state, that is why we shouldn’t appoint them”… If you start doing something like this, there is no way out…

“After an organization starts committing crimes…”

“I mean, did they commit crimes back then…”

“What kind of a logic is this?”

“Everybody is taking pictures with everybody. So long ago, in 1980s…”

“It was something when we were young.”

However, how many thousands are imprisoned today because of the things which were not considered as a crime in the past, or that “something” which they did when they were young?

A university student, whose fingerprints were found on a book taken out of a dumpster written by Fethullah Gulen, was taken into custody in this country.

Even those people, who have The Grand Ottoman History book and the interpretation of Elmalili in their libraries thanks to the coupons collected from the Zaman Newspaper, were imprisoned as well.

There are people who received convictions over 10 years since they were accused of “managing an organization”, just because they were in the management team in some college belonged to The Movement.

We can augment these examples by volumes.

However, President Erdogan shows up in Venezuela and states: “Political problems cannot be solved by punishing the community altogether. We do not approve arbitrariness”

For the sake of Allah, have a look at yourself in the mirror!

Look at your own practices.

Look at your own words.

Weren’t you the one who said “Not my concern” to the decision taken by the European Court of Human Rights?

And then you dare to talk about arbitrariness!

Weren’t you to the calling out for every citizen to be informants, and telling them “Do not have mercy?”

Wasn’t it your son-in-law who said “How do you stop yourselves? I would throttle them whenever I see them.”?

Why don’t you send the printouts of these statements to the court?

Send the files of the OHAL (State of Emergency) Commission.

Select a few of the bills of indictment randomly and send them over.

Send over some of the examples in general from the court decisions.

Maybe this time they will be more impressed and give you what you want.

Thus, you won’t need to eat your counsel alive for nothing.

The article above first appeared at ahmetdonmez.net in Turkish and translated by Politurco. 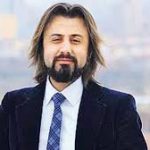 Ahmet Donmez
Ahmet Donmez is an author and one of the best Turkish investigative journalists in exile.
RELATED ARTICLES
Experts