HomeExpertsAKP’s Radicalization of Turkish Islam Among Minorities at Home and the Turkish...
ExpertsTop Stories On Turkey 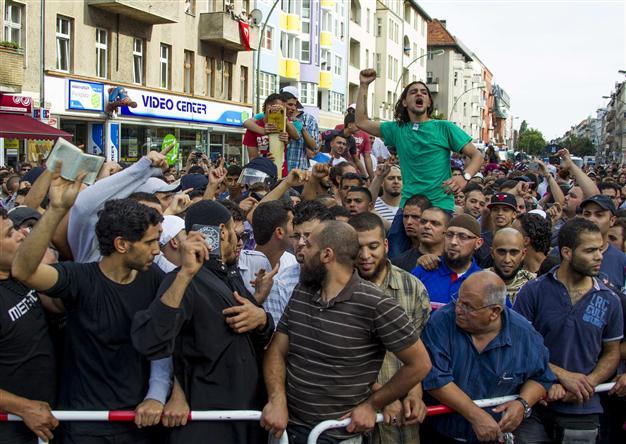 For decades, Turkish Islam was hailed as the source of moderation and pro-Western attitudes in the West. But not anymore. For the last few years, this has completely changed. The Justice and Development Party’s authoritarianism coupled with Islamism has been trying to monopolize the diverse Islamic discourses with stick and carrot tactics. The newly emerging state-led radicalization and Islamism in Turkey promoted by the Justice and Development Party (AKP) and President Recep Tayyip Erdoğan in Turkey has a potential to influence the Turkey’s diasporas in the West, especially the Turkish Sunni youth. The ideology and discourse of Erdoganism have already penetrated into the Turkish Sunni community members in the West, which is dangerous given the anti-Western, discriminatory, and even violent tone of this ideology.

Erdoganism has Islamist populist, anti-Western, authoritarian, neo-patrimonialist, neo-Ottomanist, pragmatist, and polarizing dimensions. It continuously promotes anti-Western hatred. Erdoganism polarizes society along with pro- and anti-Erdoganist lines, with anti-Erdoganists constructed as traitors and enemies of the Turkish nation. AKP has constructed its identity through elements such as conservatism and Sunni sectarianism. Homo Erdoganistus is the excellent citizen category that the AKP hegemony aspires to establish by utilizing methods similar to those utilized by Kemalists before. It refers to a standardized type of Sunni, Islamist, Neo-Ottomanist, anti-Western, Turkish nationalist citizen who is a staunch follower of Erdogan’s personality cult. This citizenship typology excludes Turkey’s religious, ethnic, and ideological minorities such as Alevis, Kurds, non-Muslims, seculars, leftists, and even practicing Sunni Turks such as Gulenists.

Erdoğan has developed a tough nationalist discourse to explicitly demonize and criminalize his critics. Like the Kemalists, he resorted to conspiracy theories and played to the social psyche of the Turks who have suffered from Sevres Syndrome by claiming that the European Union, the United States, the West, and others were the puppeteers of the Gezi protestors. He claimed that these foreign powers were jealous of Turkey and they were attempting to destroy it by using their traitor puppets in Turkey such as the Alevis, Gulenists, and Kurds.

While Erdoganism is radicalizing its political discourse, it also wants its supporters to be radicalized in the same manner as well. Domination of media outlets has a vital importance in this social and political radicalization. In addition to the media, the judiciary, police force, and military have all been Erdoganized. Another important sector that AKP has captured is education. In order to raise a new pious and loyal generation of Turkish citizens, Erdogan uses a myriad of formal and informal tools, from the mosque to the classroom. To this end, the Turkish education system is gradually being taken over by the Islamist worldview through AKP-appointed ideological cadres that serve as a political control mechanism for the AKP hegemony. The AKP wants to Islamize youth through interventionist education policies, and Diyanet constructs the identity of Islamic conservatives as the national identity and cement its hegemony. Similar to Kemalism, Erdoganism too aims to narrate and acculturate its own historical events, Islamist values blended with Ottoman tunes and symbols in schools.

The Turkish diaspora is the largest Muslim immigrant group in Europe. Apart from organizing pro-government rallies in European cities with the help of a new lobby organization called the Union of European Turkish Democrats, Turkey has taken other firm steps to cultivate ties with its expatriates. These include the establishment of the Presidency for Turks Abroad and Related Communities in 2010, an overarching institution designed to streamline the government’s activities targeting Turks living abroad. Consequently, European politicians have increasingly become concerned that Turkey is transnationalizing its domestic conflicts.

Turkey has a capacity to exert transnational influence over its expatriates and has been manipulating its emigre population in Europe to advance its domestic and foreign policy interests. Turkey’s assertive moves toward its diaspora have favored the pro-AKP Sunni Turkish diaspora and pitted them against the other Turkish diaspora groups who are critical of Erdogan. In some cases, these tensions have been transformed into security problems.

Professor Ihsan Yilmaz is a research professor and chair of Islamic studies and intercultural dialogue at the Alfred Deakin Institute, Deakin University, Melbourne, Australia. His research is focused on Turkish politics, especially the issue of religion and the secular state, along with research into political participation and legal pluralism in Muslim minority communities, particularly in the United Kingdom and Australia.