The Atlantic’s December 2021 issue was published along with Anne Applebaum’s article titled “The Bad Guys Are Winning”. There had been a blockbuster cover and headline in Foreign Policy back in April 2018: “The End of Human Rights?” This was still a question sentence and acted as a warning to set the tone back then. It died on the vine just like many others. Eventually, somebody has to man up and announce the goose egg. Anne Applebaum declared the defeat without minding whether some people or institutions might take offense or not: “If the 20th century was the story of liberal democracy’s progress toward victory over other ideologies—Communism, Fascism and virulent Nationalism—the 21st century is, so far, a story of the reverse.”

So, why do the people and the institutions, and even the countries that occupy themselves with human rights and liberal democracy lose this war when their numbers and qualifications are a force to be reckoned with? I will not mention “submitting to the economic concerns” because I both disagree with this argument and the things I see as the reasons for the defeat are quite different. As far as I could observe, the following are the main reasons for being defeated after every single war waged against any type of fascism:

1. Political correctness: The fascists are not anxious about this whatsoever. On the contrary, they particularly violate a sensitiveness and barrier, thus being able to spread hate crimes which are quite easy to expand. Preventing such hate crimes initially when they first emerge and this kind of sensitiveness developed in order to protect fragile communities transformed into a new instrument of intimidation, quietening, and censorship. There are many different kinds of communities and inveterate people who cannot talk, comment, or think differently while the despots talk and spread their propaganda: Inveterate groups that cannot unite in one way or another against the fascists who do not care about any ethical barriers regarded by the virtuous, solid, and mutualist people.

2. Intellectual dependencies: One of the most distinctive features of the people and institutions that advocate liberal democracy is intellectual accumulation. However, this, just like political correctness, occasionally transforms into a disadvantage against them. “Over analysis”, meaning the addiction to analyze everything excessively and being dependent on thinking at the meta-level, and while doing everything, the actualization is always neglected in terms of planning and determination. Therefore, there are many distinguished publications, social scientists, conferences, seminars, summits, workshops, and meetings enough to choke a horse, however, there is not one single perceivable resolution. Without a doubt, human rights advocacy itself has now turned into an industry and unfortunately, we shallowly realize that activities such as publications, meetings, and conferences in this field have now turned into mere objectives and career events.

3. Depression and compassion fatigue: There are discoveries that there is a correlation between intelligence and being prone to depression. Intelligent people are more sensitive towards what is going on around them and they perceive pain further only to process it inside their minds, thus they are more prone to depression. One of the most well-known detrimental effects of depression is that it visibly weakens the ability to take decisions, that is, a type of inaction. I think this discovery of the intelligent and highly educated individuals being prone to depression could be extended to communities as well. Individuals, who are deeply and most concerned about the major issues in the world such as poverty, war, refugee problems, and racism at present, are certainly not the fascists but human rights advocates and enlightened liberal democrats who preferentially deal with these issues and oblige themselves to witness the pain and suffer. By all means, people from other ideologies and political views should have such precisions. However, I think that liberals developed a particular interest and sensitivity towards human drama since liberalism is related to human rights and freedoms by birth, origins, and its theoretical core. Therefore, I think the political societies, who expose themselves to this much trauma and human drama, and deal with political crisis indefinitely just like spending labor time also suffer from depression and compassion fatigue (*) just like individuals and experience a decline in their ability to make decisions, implementation, and taking action.

4. Another reason why liberal democracy is no longer able to maintain its former strength against all kinds of fascism that it takes up the cudgels against may have something to do with the addiction and frailty it has developed against its own blessings. Liberalism is virtually a compliment to the individuals. The individuals and their world grow so much over time which makes them unable to act together and easily organize. Thus, it strips it of other social identities and belongings over time, finally making it quite complex but lonely, developed, however, unorganized. Millions of godlings are the gods of their own world, however, they are alone and powerless on the outside. They are extremely sensitive towards the brown self, career, and emotions, but are not much associated with the outside world, and the world they belong to.

I think that all these factors weaken, even if just a dash, liberal democracies and the ability of the individuals and institutions, who initially formed the liberal democracies, to take decisions and actions. Conversely, the fascism front is able to think less, face fewer hesitation, organize easily, and act quickly due to the fact that it is far from all these sensitivities and ethical concerns. When they want to exemplify inactions and belatedness, they narrate that the Church got lost trying to discuss the “gender of the angels”. Maybe the time has come for the academies, international community, media, and also the victims themselves. We have become Hamlets in the face of fascism. The characteristic of the tragedies is that they weaved around a weakness in the character of the protagonist. The weakness of Hamlet was his hesitation.

Footnote: (*) Compassion fatigue: It is a type of hectically experienced trauma that develops due to the desire to relieve the pain of others. There are symptoms such as not caring about anything, not being affected by even the most tragic events, and subsequently avoiding doing even the simplest things in order to provide help. While it is quite common amongst healthcare professionals, it is also observed in many other professions/activity groups based on helping others such as lawyers, police officers, and social workers.

Turkish version of this article first appeared at TR724.com. 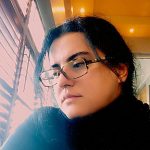