Another heart-breaking story from Turkish prison: ‘I lost my father, chained up to his bed around his ankle.’ 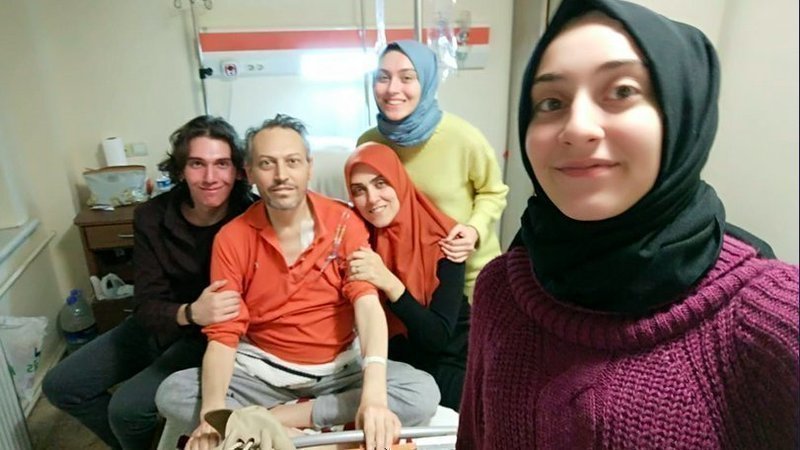 I saw a photo in social media a few days ago. A prisoner was lying in his bed with shackles around his ankles. Although it was revealed that the photo was pretty old and not taken in Turkey, it made me remember my father Assoc. Prof. Dr. Ahmet Turan Ozcerit, our own “real” story and what we have been through.

Our story started in the summer of 2016. Two carloads of police came to our doorstep with a search warrant on the morning of 26 July. They put my father in the squad car and took him away while I was trying to figure out what was going on in confusion. He had told us, “Our detention period was rough, but we will be more comfortable in prison, do not worry.” However, misfortune always tagged him along afterwards.

My father was sent to Ferizli Prison after he got arrested and then transferred to Bandirma Prison after 3 weeks since the management decided to offload the overcrowded prison. He was a very steady and patient person; probably the most patient person I have ever known. He had never welcomed us with tears in his eyes and upset us during visiting days. He always welcomed us with his unique beautiful smile and said farewell the same way. He never talked about the storms inside of him in order for us to remember him with his smile.

“SUCH VIOLATION IS NOT POSSIBLE IN STATE PRISONS”

The transfers between prisons and wards had worn out my father psychologically but he had been most affected by the long waiting time before his bill of indictment had been completed. Something started to change in March 2017 throughout that stressful time. My father started feeling pains in his stomach and visited the infirmary only to receive some simple medicine such as painkillers and sent back to his ward. My father had already understood that the pain would not go away and his illness was something serious. He started writing petitions routinely to the prison management.

My father did not get any answers, and the ones he received stated that there is a very long list of patients and he needed to wait. At first, we had thought that my father had lost weight because he was not eating properly or the stressful time he had been going through. We knew that many people who went to prison had lost weight. But this was something else. That smiling person had disappeared and someone else took him over who never manages to smile because of the pain. We acknowledged the seriousness of the issue and spoke with our lawyer. His first response was: “I do not think such violation is possible in state prisons.”

MY MOTHER WAS NOT ALLOWED AS A COMPANION

My father’s health deteriorated gradually in the following weeks. He started losing weight rapidly. He was telling us that he spent most of his hours in his bed but unable to sleep or eat. We could see how thin he was getting every week and understood where we were headed to. We convinced our lawyer after much effort on our part to see the management of Bandirma Prison and prosecutor in charge, but we made no headway.

The management were aware of the situation, but they were determined to carry on with the torture. My father lived under such conditions for a little more while and finally became bedridden. He could not handle anything by himself, he was only lying in his bed and tried to sleep if he found some relief from the pain. One of these days, he fainted because of the pain and the weakness of his body in the ward. The management of the prison understood that there was going to be a death and they transferred my father to a hospital just to cop out. That was the first time my father was diagnosed with cancer after the tests carried out in Bandirma State Hospital. He was already in the 4th stage. Bandirma State Prison transferred my father to Izmir Ataturk Training and Research Hospital. He was going to stay in the hospital ward here.

My mother took her way to İzmir and appealed to the prosecutor in charge to be a companion for my father in the hospital. The prosecutor rejected this request despite all circumstances. My father was all bedridden and let alone standing up, he did not even have any energy to raise a finger. He had lost 30 kgs, and that big and paramount man had turned into a thin human being. “The tumor closed my intestine all the way and made me unable to eat anything. When I hear the sound of the food cart, I feel nauseous, I throw up when I smell food.”

HE WAS CHAINED UP TO THE BED

My father was chained up to the bed around his ankle when he was in such condition. The state made a person bedridden, and yet it was scared of him to run away. In fact, their purpose was to make us all suffer. They wanted us to see my father’s helplessness and feel bad about him. They were killing him slowly and making us watch it. We always looked at the chains around his ankle as if we were watching a trigger being pulled. Since he needed to satisfy his needs, he was forced to crawl on the floor. He always said he will never forget those days. The people who already know cancer should be aware already, but ı will explain for the ones who do not know about it; I have seen my father’s situation during the time I stayed with him in the hospital after he was released. It was impossible to sleep more than 5-10 minutes during the nights. He was always trying to sleep by groaning although he was receiving the strongest painkillers. My father was very stoical, but despite this, he would groan for hours only to be tired out both because of the groaning and pain. This is the biggest torture you could ever experience, and I have never witnessed any kind of torture where you cannot even relief the pain with morphine.

THEY SAID 6 MONTHS TO LIVE, STILL CERTIFIED “CAN STAY IN PRISON”

We remember the time he stayed in İzmir the most throughout the torture period he experiences during his illness. Those days were a type of torture both for my father and for us. We were struggling outside to save my father and he was trying to stay alive inside. We were witnessing violations of rights in every single state institution we visited. The doors were being closed to our faces and my father’s death was being ignored. All of the civil servants knew the fact that my father was innocent, every single one of them knew it.

A friend of my father, who came together with my father in the same prisoner transport vehicle, told us one of his memories. Ordinary prisoners circled around my father when he first entered the prison and asked about his profession. He said that he was a computer engineer and academic. Then they asked him why he was sent to prison, and my father told them about the long accusations. And all of these ordinary prisoners asked for a prayer from my father by stating their names. I get very emotional every time I remember this.

And then my father was taken under an operation quickly. The tumor in his intestine was cleaned. Doctors told us not to seek any treatments because the cancer had already spread through his body and that he could only live for another 6 months. We had somebody who had 6 months to live in front of us, he could not talk, he could not even move his lips. We applied for a quick release from prison, and the judge requested a committee report. And the committee certified someone, who had only 6 months to live, that he could stay in prison. How could a person, who cannot even talk by himself, stay in prison?

Despite the report from the committee, my father lived for another 6 months after his release and then passed away.

That is why I was not surprised when I first saw the sick and shackled prisoner photo. I remembered my father… 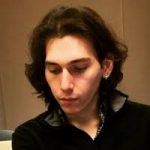