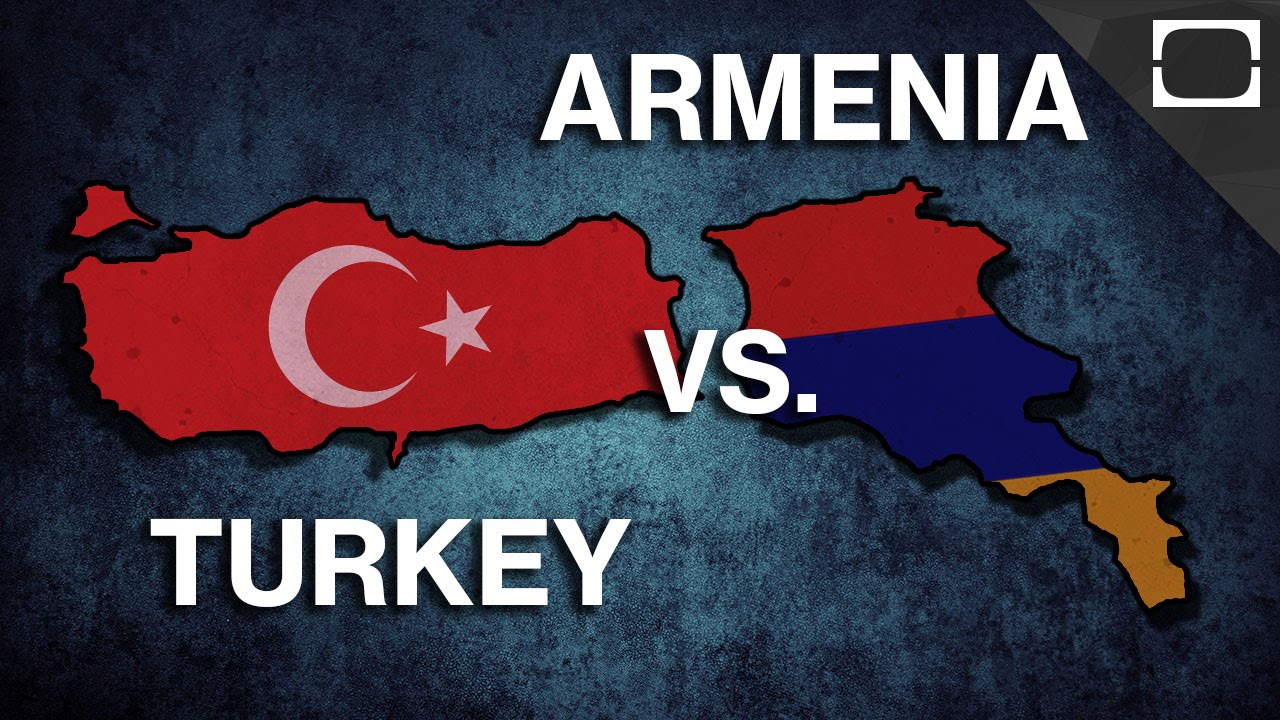 Just after the news of hot conflict between Azerbaijan and Armenians in Nagorno-Karabagh, information about the bombing of residential areas by Azerbaijani forces appeared in social media. I observe that Turkey maintains its foreign policy approach of “two states, one nation” with Azerbaijan while officially condemning Armenia about the latest developments.

President Erdogan calls Armenian people to rise against their government. He claims that Armenians are “the biggest threat against peace and stability in the region.” He also adds: “Turkish people are side by side with their Azerbaijani brothers as they always have been.”

Muharrem Ince, a well-known opposition figure who was the main rival of Erdogan in the recent presidential election, tweets: “My heart, soul, and prayers are all with Azerbaijan. I strongly condemn the aggression of Armenia which threatens the stability of the region. The Republic of Turkey is side by side with Azerbaijan against the illegal occupation and aggression of Armenia and it should intensify this stance.” Ozgur Ozel, the parliamentary group leader of the main opposition party, also “strongly condemns the attacks to Azerbaijan by Armenia.”

Istanbul Mayor Ekrem Imamoglu who is from the same party says, “I condemn the attack of Armenia in Nagorno-Karabagh which caused civilian losses. I wish Allah’s mercy upon those who lost their lives. I extend my condolences to the friendly and brother country of us, Azerbaijan. I wish peace and stability for the region.” Meral Aksener, the leader of the smaller opposition party stresses that they are “side by side with our Azerbaijan as it has always been the case.”

Turkish foreign politics is stuck between sectarianism and pan-Turanism for both the parties supporting the Erdogan government and the opposition and this is something concerning. There is a so-called “opposition” that rushes to support each foreign policy stance adopted by Erdogan and the deep structure backing him. In addition to this, the “unity and solidarity” atmosphere throughout the Turkish media is also interesting. Figures like Ibrahim Karagul, who is from the Islamist wing of the media which is financed by the money pool maintained by corrupted public tenders, do not hesitate to call for “dropping a missile in the very center of Erivan!”

Leftish or central-rightish press and media corporations are full of pieces and messages that side with Azerbaijan and Azerbaijanis. It is far more than criticizing or warning Armenians as a warring side. There are two sides to the problem, but Turkey and Turks are in favor of Azerbaijan as if they are the direct or indirect part of the problem and they support the attacks of Azerbaijan. Garo Paylan, a Turkish MP of Armenian origin, points out the fact that only Ankara supports that war. All other countries call for a ceasefire. For whatever reason, both the government and opposition and the vast majority of media, society, and social media users spill out hatred against Armenian and Armenians and on the other hand unconditionally justify the actions of Azerbaijan and Azerbaijanis. But as far as I understand from media reports, Azerbaijan attacked first. Azerbaijan is the side that targets residential areas with heavy weapons! I don’t question here if Armenians are right or if Azerbaijanis are innocent! But I question why Turkey and Turks are eager to take sides in this bilateral conflict.

A similar situation occurred during the Bosnian War. Not only Turkish right-wing figures but also some secular nationalists fought in Bosnia. There was a serious partisan approach and Muslim reactionism. But the international society has a different approach to this kind of problems. Have you ever seen a democratic country adopting a heavy Christian discourse for a crisis in the Middle East of Africa? Let’s say, they want to accuse one of the sides. Do they say, “They are Muslim. Why should I support them!”

Foreign policy stances are no longer taken according to reasons based on ethnicity, race, or religious sects in the 20th and 21st centuries. Governments already refrain from this but what is the attitude of the Western media that has no diplomatic rules to observe? Everybody should put their hand on their heart and tell the truth! Today, Western media sincerely protects the rights of the “other” side. Of course, there are exceptions and sometimes we witness marginal far-right attitudes in some countries, but fellow media outlets and journalists show necessary reactions against them.

Armenia is one of the two evils or two ‘other’ images for Turkish foreign policy. The other one is Greece. The hatred against Armenians and Greeks was instrumental in building the modern Turkish identity. They are both external and internal others. So, they are not instrumental out of the national borders only. They are also used to “close the ranks” at home. As a result, using conflicts in Azerbaijan as an excuse to target Armenians or cursing Greeks because of the competition to have Eastern Mediterranean resources are typical reflexes. Turkish opposition does not consistently criticize these reflexes to blame the government. Turkish leftists are indoctrinated according to nationalist ideas and they cannot betray this fascist-Kemalist doctrine. Right-wing people take a similar position since they are indoctrinated according to the Islamist-jihadist sympathy or Turanist-racist ideas. As a result, targeting Armenians and Greeks is beneficial and comfortable both at home and abroad.

It was not always like this. As I had stressed before, starting in the 1950s, central right-wing political circles transformed Turkish politics and manipulated the fundamentals of the republic with the Ottoman Empire, Islam, and Central Asia myths. When Necmettin Erbakan became “mujahid’ and Bulent Ecevit became “the conqueror of Cyprus”, the paradigm of “we and they” inherited from the Ottoman era and transformed into an inseparable part of the Turkish political culture. Now Greeks, Anatolian or Cypriot Greeks, or even Europeans can be declared as the other. Cheers and chants like “Oh, Europe. Hear us! This is the footfall of Turks!” normalized at European football matches. Turkish foreign policy has resisted this trend for quite a long time. Graduates of the Political Science Faculty of Ankara University dominated foreign politics and they were advocating a rational approach based on national interest rather than stressing common grounds like Ottoman background, the religion of Islam, or Turkish origin. But their dominance gradually decreased, and the paradigm changed after the Cold War. We started to witness leaders and politicians talking about “A Turkic world from the Adriatic Sea to the Great Wall of China” and then “Ottoman influence area”. Armenians and Greeks were suitable opportunities to promote these feelings.

On the other hand, the denial policy for the 1915 events is probably the most consistent policy of the Turkish Republic. The discourse of “Armenians are Occupiers Azerbaijan” is the most effective salve for this wound. The anti-Armenian sentiment is not an issue in only some circles in Turkey, but it is like cancer in Turkish society. This attitude is against the Armenian identity itself and it is not limited by the Armenian government or Armenians of Nagorno-Karabagh. You hear what the opposition says! Young Turk genes can be active in no time within both the Republican People’s Party and IYI Party. Although it is somewhat rationalized, the Kemalist nationalism is based on the myths of the Young Turks in essence. In this country, there is a general romantic understanding that Enver Pasha was only wrong for being an adventurer, but his betrayal, obsessions, Turanism, and destructive policies are largely overlooked or secretly envied. This Young Turks soul steps in whenever and whenever an Armenian or Greek issue comes up. Azerbaijan and its people become “us” while Armenians are tagged as the other!

The international relations do not have clear lines to separate between the black and the white. It has various tones of gray. When we think about the relations between Turkey and Azerbaijan, the non-recognition of the Turkish Republic of Northern Cyprus by Baku is a good example. That is to say, Azerbaijanis applause Turkey’s pan-Turkish attitude for their cause with tears of joy, but they stand firm with their impartiality for the Cyprus issue, which is possibly the most “national cause” of Ankara. They choose the right path. I do not criticize them. But for the sake of reciprocity, Turkey should adopt a more rational and calmer stance for the issues between Azerbaijan and Armenia. Let’s say that the government refrains from this for votes and other populist objectives. But what about the opposition?

Of course, the opposition is one of the pillars of this regime. But the Greek and Armenian other is also the backbone in terms of identity and sense of belonging of the political configuration of the last century. That is to say, as you hit them, you get the points at home. Today, the Gulen Movement or so-called “Fetullahist Terrorist Organization” is the internal enemy that fits this pattern. If you pay attention, you will see the same manipulative situation, the same “all together” reflex, the same “lynching” position are applied to the Gulen Movement. Another similarity can be seen in the policy against Kurds. They are new Armenians or Greeks of the regime.

Normalization of these perceptions is the real issue. We observe that even ordinary citizens have these perceptions. We can understand this for the people sitting pretty, but the nationalist reflexes are well alive among the purged diaspora living abroad! There are too many accumulated issues to solve in front of Turkey! I think the Armenian Genocide of 1915 will be the first to be solved and then others will follow it. Normalization in all areas cannot be succeeded unless racism, fundamentalism, and other identity-based policies are put aside.