ARREST OF MS. MELEK CETINKAYA IS AN INTERVENTION TO DEMOCRACY!

Military students, some officers and sergeants in Turkey, who were unaware of the coup planning, were clearly trapped on the night of July 15, 2016, with pretexts such as “terrorist incident” or “drill”. It is obvious that these officers and cadets who are unaware of anything just acted according to the legal orders of their commanders and had no consciousness, will or intention of a criminal activity. (TCK m.30).

The fact that there was no need for a legal acquittal or punishment due to the absence of a criminal intent about the persons concerned, to fulfill the legal order for military service within the chain of command and order, was punished with life imprisonment. Of course, this affects the military students and their relatives and their parents.

Ms. Melek Çetinkaya is the mother of Furkan Çetinkaya, one of those military students. She believes in her son’s innocence and tries to make her voice heard on social media, so that her son, who is still in prison, can be released. Sometimes she makes individual peaceful demonstrations and marches. Melek Çetinkaya’s struggle for her son is disliked by the political power, which does not want to be investigated and questioned on July 15 and wants to impose its own discourse on the society and wants her to be silenced.

While Çetinkaya, who was detained and punished with administrative fines while trying to use the right of peaceful demonstration, individually or with a few victims of the same suffering, said that “her son and cadets are innocent” in the program she attended on Akit TV. She was detained for the crime of “praising crime and criminal activity”. According to the article, “Anyone who publicly praises a person for a crime committed or a crime he committed has therefore shall be sentenced to imprisonment of up to two years in the event of a clear and imminent danger for the public order.”

There is no need to be a lawyer to understand that the words Ms. Çetinkaya said are not covered by this article. Ms. Çetinkaya is a mother. She believes that his son and other military students in the same situation are innocent. It is clear that she did not praise any crime and criminal activity with these words. Besides, there is no final sentence on his son and other military students. The trial against them continues and, under Article 38/4 of the Constitution, “No one can be deemed guilty until his guilt is fixed.” According to the provision, that is, in accordance with the presumption of innocence, these military students cannot be said to be guilty. It is also explained that the words “my son and cadets are innocent” pose no danger in terms of public order.

On the other hand, TCC’s 283 / 1-3. According to the article, a penalty is not legally enforced even if a mother (spouse or sibling) hides, shelters or helps her son to escape. According to Article 284 of the Turkish Penal Code, no punishment can be imposed if a mother does not report the location of her son who has been detained or sentenced, or the place where evidence and works related to crime are kept.

While such impunity is foreseen for parents, children, spouse or siblings, there is no legal explanation for the decision of detention for a mother Ms. Çetinkaya because of her words that do not actually constitute any crime. This arbitrary detention is a violation of freedom of thought and expression (m.9-10) and the right to freedom and security (m.5) according to the ECHR. What further aggravates the violation of rights is that the restriction on these rights has a political (secret) purpose, that is, a violation of Article 18 of the ECHR.

It cannot be said that the detention of Ms. Çetinkaya has a “legitimate aim” or it is“necessary for a democratic social order” such as preventing the crime or protecting the rights and freedoms of others. Ms. Çetinkaya, who has been subject to similar interventions before, is particularly targeted by the police. Ms. Çetinkaya’s increasing exposure to pressure and becoming a target are in line with the government’s general policy to prevent the investigation and interrogation of July 15. As a matter of fact, the presence of journalists detained and arrested in a similar way is also known to the public. Interventions resulting in detention and administrative fines for the peaceful demonstrations and marches of Ms. Çetinkaya and many human rights activists or the victims of seeking OHAL and KHK are also violations of the Constitution and the ECHR.

Such restrictions of political power also affect opposition activists and supporters, and most importantly damage democracy, which is the core of social organization. It can be said that such interventions have a hidden purpose, and that the aim is “to suppress the pluralist political environment, which is part of a democratic political regime based on the rule of law.” It is clear that Articles 9, 10 and 11, together with Article 18, were violated. (ECHR, Navalnyy v. Russia, Application no: 29580/12 and four others, Decision date: 15.11.2018). 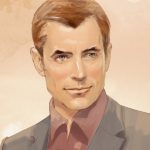