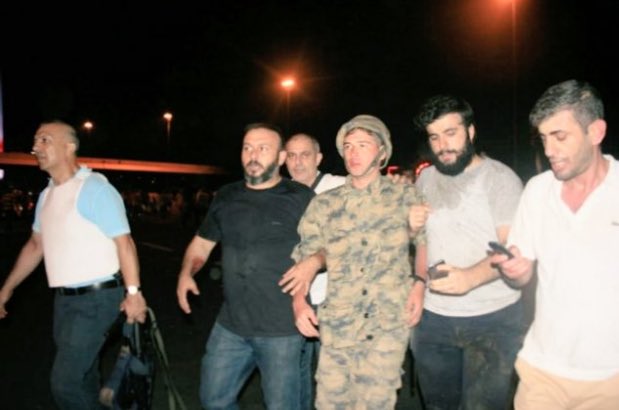 If Mustafa Kemal Ataturk — the Father of Turks– were to come back to celebrate the climax of the month-long August Victory Day celebrations, what could he go through? Could it be a day of joy among his offspring or a shock of his resurrection?

What I have here is a two-installment zoom on the occasion from the perspective of Africa, where we say: “It’s the one you don’t suspect who does it” and “if you tell a lie, it does not take long to dawn” when the truth unfolds.

From a global outlook, the month of August derives its name from a Latin word “Augustus” meaning “consecrated” or “venerable”. Briefly, this follows the Roman Senate decision in 8 BC to honor Augustus Caesar –grand nephew of Julius Caesar– the first Roman Emperor, by changing the name of the month Sextilis to Augustus. Because this article is not about the Roman history, any definition from an English dictionary could do. One of them hints the word means “inspiring reverence or admiration, of supreme dignity or grandeur, majestic.”

And to the Turkish history, August looks like the magic month. It dates back to the Victory Day of 26 August 1071 when the Byzantine army was defeated giving way to Turkish rule in Anatolia. It embodies the start of the Great Offensive on August 26 1922 leading to Greek defeat on August 30 1923, setting on the road the most of what we see and experience about Turkey today.

To give credit where it is worth, it pays to remember that the United Nations and UNESCO, in particular, declared 1981The Ataturk Year in the World and adopted the Resolution on the Ataturk Centennial, describing him as “the leader of the first struggle given against imperialism” and “a remarkable promoter of the sense of understanding between peoples and durable peace between nations of the world and that he worked all his life for the development of harmony and cooperation between peoples without distinction”.

In 1934 his name was forwarded by an adversary, a Greek Prime Minister, for the Nobel Peace Prize! That is the foundation, growth and sustenance of the Turkish August Victory Day, a national holiday otherwise known as Turkish Armed Forces Day and celebrated on every August 30 at the climax of a month-long of various military related activities. That is the person worth the Chief Guest status.

Between 1960 and 2016, Turkey went through an almost one-coup-a-decade experience. Along George Orwell’s satirical Animal Farm literary works, all coups are equal; but some are more equal than others. And I would dare play the PR’s editing role and add that the one of 15 July 2016 latest, which has gone through the fourth anniversary, is unequalled. In Africa we say, it has no kin.

Read the following coups’ sequence very short brief over the period, after which we would dwell on the last one because it is the latest arrival and plays host to this year’s Victory Day celebrations.
• 27 May 1960, president, prime minister and others are arrested and tried for treason and other offenses.
• 12 March 1971, the army intervenes again due to widespread unrest emanating from a malfunctioning economy. The purpose is “to restore order”. It is during this period that Turkey almost breaks the Italian prime minister replacements by changing eleven of them!
• 12 September 1980, due to clashes between left and right wing groups. In the following years hundreds of thousands of people are arrested. Dozens are executed.
• 28 February 1997, series of conditions issued by the military after the rise of the Welfare Party. Government accepts. Prime Minister resigns.
• 15 July 2016, blamed on government critics practically through all ranks of the civil and military service. Blames are targeted at Kemalists and Hizmet Movement followers, with their Pennsylvania-based cleric Fethullah Gulen as the brain behind.

It is within the circumstances of the fifth coup that we look at our Ataturk special guest. What does he find?

One, first and foremost, he would be shocked to learn that while when he came on board to run the Turkish government his concentration was on opening more schools, the current story is one of closure, dismissal, arrest and sending teachers to court on framed up charges and, even, destruction of text books!

Coups throughout history have had everything to do with the military. As a Field Marshal worth the name, it is of interest to learn the role of the army in the coup this time round.

Glaring difference emerges between what the world has all along been made to believe over the past four years about the coup and what a video footage released timely during the month-long celebrations testifies. The words of former European Parliament representative, Andrew Duff, that “certain incidents were prepared beforehand… (giving Erdogan room) to put his own version of a …coup into action” come true.

The following is a typical example of what Andrew Duff was talking about as proved by videos taken on site. In summary, Air Force Academy cadets started their journey from the camp in Yalova on July 15. They surrendered their weapons at the highway tolls before entering Istanbul. They were brought to the bridge by buses. They fell victim to strategically pre-positioned hit-men, sent to court and got life sentences.

Tagged “19 August 2020 day @ 1507images” a twitter account named “In Images” gives the experiences of the students of the Air Force Academy on the night of July 15. This version is an edited translation for clarity and space.

Cadets of the Air Force Academy are brought to the bridge by bus through a special lane created through a civilian traffic jam hours after the bridge was closed by soldiers. At some stage the cadets are forced out of the bus, which is also set on fire to expedite the operation as the public plead for not burning it.

A special militant group hits the students forcibly leading them in the direction of the soldiers (allegedly?) holding the bridge. Public pleas “to leave the innocent and unarmed children alone” hit deaf ears. A voice is heard from the conspiracy team militants saying: “They are going to the hostages”. The people rage with anger retorting: “Ulan maniac” and go to the bridge.

A few cadets are rescued by the people from being dragged to the bridge are also hit, sent there and tugged. One person in a white steel (bullet proof?) vest tries to hide his identity saying: “I am not a police, never mind what I am”.

It does not take a lawyer to prove the cadets’ innocence. But, out of the ordinary, 70 of them were tried in court and handed life imprisonment jail terms. What an unlawful judgment and sentence!