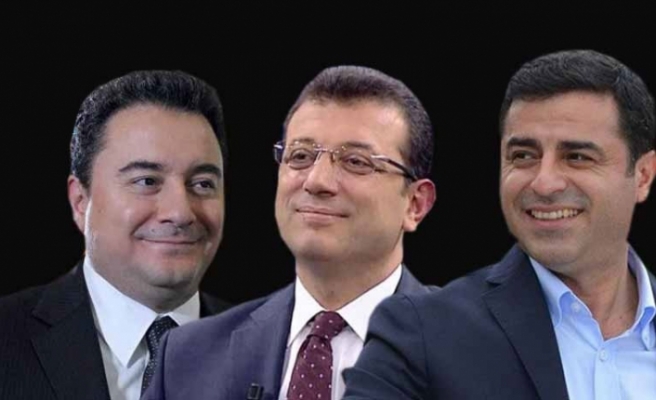 Tayyip Erdogan now has three titles in the eyes of his supporters: The Imam of Istanbul, Reis (Chief), and Caliph.

Erdogan officially lost one of these titles on 23 June 2019 after the opposition candidate Ekrem Imamoglu was elected as the new mayor of Istanbul by 800 thousand votes. The Reis title of Erdogan dates back to his Istanbul mayorship. Because there is a tradition for the conservatives in Turkey which makes them call “reis” to the mayors.

Nowadays Erdogan wants to be called “Baskan” (President) just like the US President Donald Trump and 90% of the press, which is under the control of Erdogan, fulfills his request. But his title before his real supporters is the following: The caliph of Turkey and the Islamic world.

Erdogan took Qatar as an example when he led Turkey into the monstrous system which is called the presidential government system. During one of his visits to Qatar, he had told the following to the journalists: “Everything here is taken care of with a signature of the command; it should be the same in Turkey”. Thus, he did so, and everything in Turkey requires a signature from Erdogan after the false-flag July 15 coup attempt. And he discharges everybody who has potential to object him; the last example was the Governor of Central Bank.

But the defeat he experienced in Istanbul on 23 June 2019 shows that Erdogan’s ‘President’ and ‘Caliph’ titles are in jeopardy as well after Ekrem Imamoglu won Istanbul.

Ali Babacan, who was the face of AKP (Justice and Development Party) in the international financial markets since the party’s establishment and suffered a passivization by Erdogan at a later stage, left his position at the party and he is now on his way to establishing a new party. Ahmet Davutoglu, who was one of the ambitious ideologists of the party, officially drew swords against Erdogan. Former President Abdullah Gul also implies that he is included in the new formation in the party.

I know that Ali Babacan resigned at least three times while he held office and the then President Abdullah Gul changed his mind. Ali Babacan’s reasons for resignation were Erdogan’s ruling style. Therefore, former President Gul is responsible for Babacan not parting ways with the party at an earlier stage.

Gul expected Erdogan to offer him the party leadership before he left the presidential office in 2014. However, Erdogan backdated the party congress exclusively to avoid Gul’s candidacy. The arguments between Erdogan and Gul are known during Gul’s presidency and there are witnesses of the loud voices and shoutings coming from the meeting room.  Gul said to Erdogan, “I will not challenge you for the rulership. Besides, I didn’t use most of the powers the constitution grants me”, and ended his presidential duty.

Gül has a characteristic that cannot take risks and does not dare to stand up against Erdogan alone. The hearing problem he experienced for a while in the past may have prevented him from challenging Erdogan.

Ali Babacan may seem sympathetic to the masses, but the disturbing truth is that he waited until Erdogan lost the elections in Istanbul.

Meanwhile, Istanbul elections brought Ekrem Imamoglu in the political scene. Such a strange coincidence; the surname of the person who destroyed Erdogan’s Istanbul reign was Imamoglu (son of an imam). Imamoglu, who was elected as the mayor of Istanbul thanks to the votes of the CHP (Republican People’s Party), IYI (Good) Party, and HDP (Peoples’ Democratic Party), is a member of CHP but he is also able to go to a historical mosque in Istanbul and read the Quran, and manages to establish a dialogue with the religious section as a politician. From this aspect, he resembles Bulent Ecevit, who was at peace with the religious people. Likewise, he has a characteristic that understands the Kurdish people. On the other hand, he is from Trabzon, which is the most nationalist region of Turkey, thus will attract nationalists.

The most recent troubled political process in Turkey brought an important figure to the fore: Selahattin Demirtas.

The only crime of Selahattin Demirtas, who is still in prison, is to prevent Erdogan’s party from taking the power alone in the 7 June 2015 elections and his “we will not make you the president” campaign against Erdogan.

Demirtas, who is one of the most peaceful Kurdish politicians throughout the political history of Turkey, is in prison as I have mentioned above. Erdogan asserted Ocalan in Imrali against Demirtas’ message which redirected the Kurds to Ekrem Imamoglu for the Istanbul elections, but Erdogan could not manage to succeed.

One of the factors driving Erdogan in politics was his imprisonment when he was the mayor of Istanbul. The society found that arrest unjust and Erdogan rose in politics. Now Selahattin Demirtas is a politician rising from prison. Demirtas is the son of a religious family from the eastern province of Elazig and he has the potential to communicate with the conservative section just like Ekrem Imamoglu.

This is why there are three individuals trending on the political scene in Turkey: Ali Babacan, Ekrem Imamoglu, and Selahattin Demirtas. Perhaps this is the trilateral coalition which covers eastern and western Turkey and has the potential to manage the economy of Turkey. These three names will grow even more as Erdogan wears out.