HomeExpertsBelarus: "The situation requires a serious modification of the government's behavior algorithm"
Experts

Belarus: “The situation requires a serious modification of the government’s behavior algorithm” 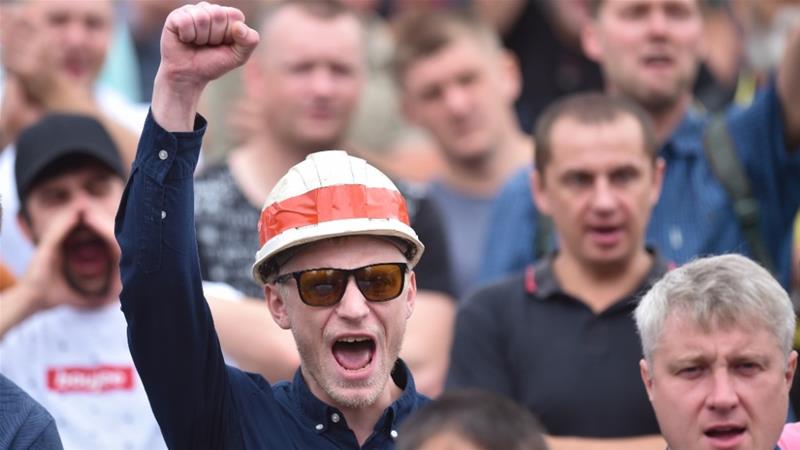 The situation in the Republic of Belarus (RB) is developing rapidly: more and more new events (pickets, strikes, peaceful marches, massive claps, humming convoys) overshadow the past in the first days after the elections. The growing mass protests require a serious modification of the behavior algorithm of the ruling elite – a transition from a so familiar to Lukashenkao personally monologue to a dialogue; and a quick transition.

While the regime has failed to do this, it has also failed to find the words and decisions necessary to maintain stability in the country.  Why, then, a man whom the Belarusians themselves lovingly called Batka (from the colloquial peasant – dad, father) suddenly become so hated?  I think the reasons for this are not only the fatigue of the young and most active part of the population from Lukashenko, the ideological and economic restrictions created by his regime, but also in the skillful use of his competitors (both internal and external) of the technologies of political struggle.

Methods of nonviolent resistance (NR), first described as a holistic concept by J. Sharp in 1973, are constantly being supplemented and improved. However, the central place in the theory and practice of the NR remains unchanged – it is a demonstration (in various ways) of disagreement with the existing regime and rejection of its leader.

At the same time, Sharp, as well as E. Luttwak the equally well-known expert on political technologies, admitted that the use of it directly depends on the internal state of the system and society. In simple terms, if the “organism is healthy”, then no “bacilli” (NR technologies) will be able to take root and harm it.  The occurrent situation in Belarus is evidence not only of the interest of external players, but also of the existence of serious internal problems. This means that the authorities must draw conclusions and be ready to negotiate with the opposition, which is positively disposed to solve these problems.

If there are problems, then why is the situation in Belarus explained in Russian discourse as a classical political upheaval?

The point is that a political upheaval has a number of essential characteristics. Firstly, it is the presence of a trigger – a situation that provokes prepared people with specific intentions to go to the streets. These are elections: parliamentary or presidential.

Secondly, long before the elections, the opposition announces either a boycott of the elections, or non-admission of the results. Thus, the regime loses its legitimacy, at first for a small part of society, and then for everyone else.

Thirdly, the opposition is very variegated and rather looks like a kind of golem, which, after the overthrow of the “dictator”, immediately transforms into existence.

Fourthly, the opposition does not have a single leader, or he is very weak and is a temporary, transitional figure – this is exactly Tikhonovskaya.

Fifth, the opposition does not have an exact program for the future development of the country. All her actions are subordinated to one goal – to overthrow the regime.  In the aggregate, it turns out that the opposition in Belarus, as it was in other countries in the post-Soviet space, is not an independent and self-sufficient subject; the task is to clear the ground for someone else. These characteristics define the attitude of the Russian Federation to what is happening in Belarus as a political upheaval.

To use the experience of Western democracies

Since the times of Babylon and Ancient Rome, the pernicious danger of omnipotence has been known. The English historian J. Dahlberg-Acton at the end of the 19th century formulated this idea in an aphorism that has not lost its relevance: “Power tends to corrupt, and absolute power corrupts absolutely”). Modern Western democracies have learned to set up barriers to absolute corruption. This is a limitation of terms of office and terms of election; Presence of election observers; competition and turnover of political parties at the main state helm.

At the same time, the general domestic and foreign policy may not undergo serious changes, but people in power are changing and this suits the electorate quite well. It is also worth to learn how to arrange the fate of former politicians from the West. Various foundations, law firms, nongovernmental organizations, university departments are excellent places to stay in the political and cultural space of the country and, if possible, return to civil service.  This is a very effective system, although unusual for Belarus and Russia. But this needs to be learned.

Moreover, Russia already has a successful experience – when Foreign Minister Igor Sergeevich Ivanov, a rather influential figure, resigned from his post, the Russian International Affairs Council (RIAC) was created for him. It is an authoritative analytical structure and, moreover, an important platform for the exchange of opinions and the formation of the necessary discourse. I think this kind of funds, analytical platforms for a specific person or group of persons could become a new way to maintain influence by politicians who disapprove of the act of the Roman emperor Diocletian, who voluntarily renounced power and began to grow cabbage. Until the people overthrew the current president, it is high time for Lukashenko’s close circle to think about creating such structures. You need to leave gracefully.

Elena Ponomareva, Doctor of Political Science, Professor. President of the International Institute of the development of science cooperation (MİRNAS)Expert on the Balkan Countries and the CIS. 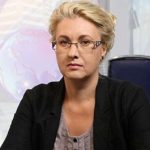