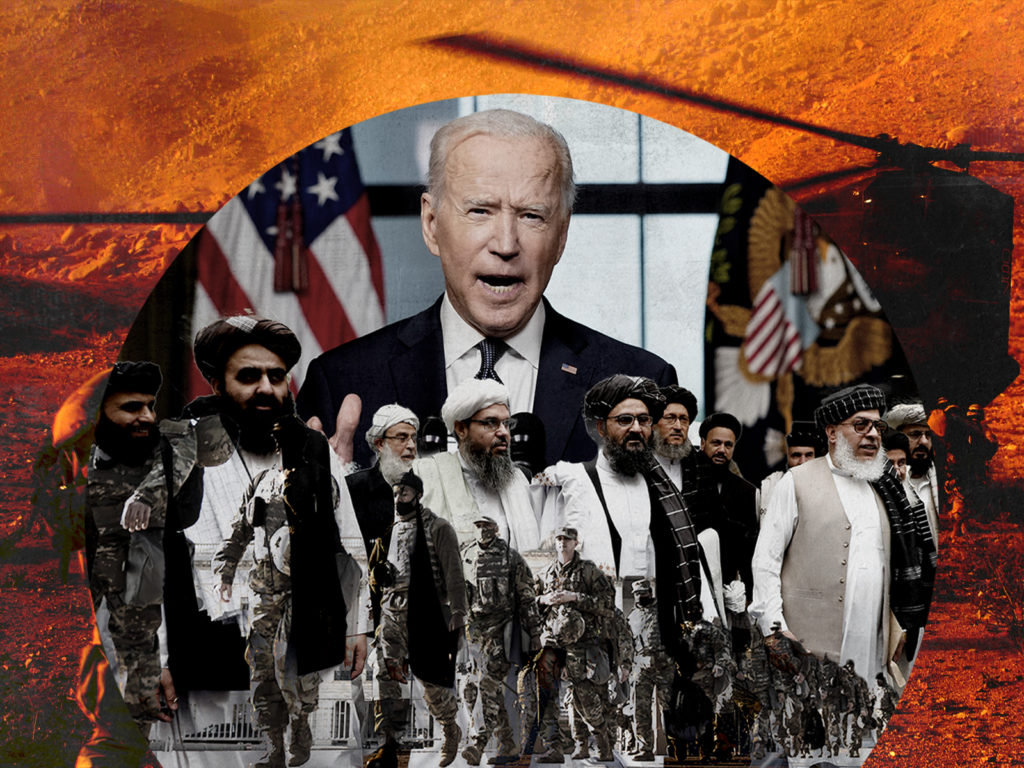 Losing to the Taliban is bad enough, but surrendering Afghanistan to an incendiary mix of extremists — Taliban, Al Qaeda, the Haqqani network, and ISIS — undermines US counterterrorism goals.

When the Islamic State attacked Iraq in May 2014, Iraqi Security Forces fled without a fight, abandoning state-of-the-art weapons to the terror group. The recent conquest of Afghanistan by the Taliban followed a similar pattern. The Afghanistan Armed Forces surrendered with little resistance. As US forces fully exit Afghanistan on Aug. 31, the Biden administration faces vexing questions about counterterrorism and challenges to national security from great powers.

Experience in Iraq is instructive

The United States withdrew forces from Iraq when the Obama administration failed to negotiate a Status of Forces Agreement with the Iraqi government in 2011. Though the United States spent $25 billion on security assistance between 2005 and 2013, the Mosul garrison was overrun by a few hundred ISIS fighters. Iraqi Security Forces surrendered 2,300 Humvees as well as tanks, artillery, howitzers, and ammunition. ISIS was augmented by freeing jihadis from local jails and enriched by raiding local banks and ransoming hostages. Local women were assigned as jihadi brides, many forcibly.

In 2014, President Obama redeployed US troops to prevent Iraq from becoming a failed state and terror haven. He authorized a residual force to advise, assist, and support the fight against ISIS. Kurdish militias in Iraq and Syria were vital to the counterterrorism campaign.

Like the Iraqi Security Forces, the Afghan army was larger and better equipped than the Taliban. Though the United States spent $83 billion over 20 years, provincial capitals across Afghanistan fell in rapid succession. The announced withdrawal of US forces created a sense of inevitability to the Taliban’s conquest, but few expected it to happen so quickly.

Last week’s attack on the Kabul airport by ISIS-Khorasan, the Afghan offshoot of the Islamic State, killed 13 US service members and scores of Afghans. More attacks are expected; ISIS-K is a clear and present danger to both the United States and the Taliban.

President Biden remains committed to end “forever wars.” Losing wars is messy. Withdrawing US forces and their allies was bound to be chaotic.

The United States originally invaded and occupied Afghanistan in 2001 to deny Islamist radicals a haven from which they could attack the United States. Critics say the past 20 years in Afghanistan have been a failure. They bemoan $2 trillion spent on nation-building and the collapse of the Afghan Armed Forces.

Losing to the Taliban is bad enough, but surrendering Afghanistan to an incendiary mix of extremists — Taliban, Al Qaeda, the Haqqani network, and ISIS — undermines US counterterrorism goals. National security is also challenged by hostile front-line states such as China and Russia.

In a region where “the enemy of my enemy is my friend,” the United States and Taliban have found common cause in their conflict with ISIS. At least for now, the Taliban is indispensable, working the outer perimeter of the Kabul airport, screening potential evacuees for documents and weapons, and enabling the departure of Afghans with special immigrant visas after the deadline.

The Taliban and the Islamic State are mortal enemies. However, the United States cannot rely on the Taliban — a terror group — as its counterterrorism proxy. Afghanistan under Taliban rule may once again become a launch point for terrorist operations.

What can the United States do about it?

Electronic eavesdropping can be used for launching targeted assassinations. Unmanned combat aerial vehicles preserve an over-the-horizon capability. The drone strikes against ISIS planners of the Kabul airport attack were based on intercepts of ISIS-K communications.

Unlike the situation in Iraq, the United States is not going back into Afghanistan. Operations will be organized at a distance. The United States is actively negotiating drone bases in Central Asia, which Russia opposes. Until agreements are reached and new bases established, drones will be launched from ships in the Persian Gulf.

The war on terror is not an event. It is a process that requires patience and flexibility. To advance US national security, future activities should narrowly focus on counterterrorism — not nation-building.

This article was originally published by The Boston Globe on August 30th, 2021