HomeExpertsBloodshed in Palestine – Cause & Solution: A South African View
ExpertsTop Stories On Turkey

Bloodshed in Palestine – Cause & Solution: A South African View 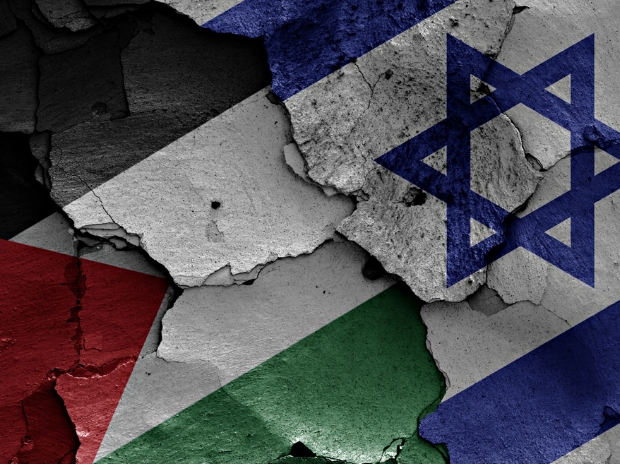 President Biden’s engineered ceasefire between Israel and Hamas in Gaza, fronted by Egypt, is shaky and temporary. Within two hours Israeli police were yet again attacking worshippers on the sacred ground of the Al Aqsa Mosque.

The root cause of a catastrophe that goes back to the 1948 Nakba (Catastrophe), and before that to the outcome of the First World War, when Britain and France carved up the Ottoman Empire, must be addressed.

Understanding the source of the problem is the prerequisite to finding a solution.

How to penetrate the confusion of the fog and noise of war? Who is right? Who is wrong? Should the world not be neutral and even-handed in addressing the problem? Can there be a solution?

No wonder ordinary mortals beyond the zone of contestation and death, recoil in confusion. Humanity is not assisted by mainstream obfuscation and disinformation; and diversionary strategy of Apartheid Israel and its Western allies, primarily its guardian-in-chief, the USA; aided and abetted by the perfidious trio of England, France and Germany.

For sense and clarity, it is essential to cut through the distractive, numbing noise and red mist. The root cause of the problem is the Zionist settler colonialism that conquered and hijacked the land of an indigenous people, the Palestinians.

This is immediately understood by people who suffered under colonial settler rule, more especially those from Algeria to Zimbabwe, Angola to Mozambique, Namibia and South Africa. In South Africa the form of rigid separation and discrimination was termed Apartheid. That is why for Nelson Mandela’s people the fundamental reason for Palestinian resistance is not hard to fathom. We do not consider their struggle to regain land, rights and dignity, a conflict. It is a just cause; a liberation struggle. Everything else that follows on that is commentary.

Those with a colonial mindset; former European colonial powers; the USA with that country’s awful history of dispossession and imperial interests; can never understand the right of a dispossessed people to use all means of resistance possible to regain their freedom, land and rights. That right is recognised in international law. The Jewish settlers, totally conditioned by the colonialist narrative and privileged life style, cannot countenance Palestinian claims. For them the natives are inferior, a threat to their welfare. Their state, they argue, has a ‘god given’ right to grab the land, defend their interests and mercilessly punish and expunge the Palestinians from the face of the earth. The psychosis of the system of oppression is to inculcate the extremes of racism that eats the settler soul. Their military doctrine is to relentlessly punish the Palestinians, from children to the elderly, into passive submission or death. The sustenance of hope must be driven from their minds. That is precisely the Israeli Defence Force’s battle order.

Can such a supremacist mind-set be changed? Can an appeal for reason succeed? Would those who feel they are unassailable owing to their superior fire-power, resources and USA’s guaranteed writ, be prepared to set aside their weapons and enter into meaningful negotiations? Can they be forced to do so by appealing to their better nature?  Three decades since the Oslo Accords, has seen the situation for the Palestinians grow infinitely worse. Oslo and the two-state option, which saw Palestinian leaders settle for a state reduced to 22% of their land, has been revealed as a fraudulent sham, a fig leaf to maintain the status quo. Those who have suffered oppression know that the only way to force the colonisers into meaningful change is through resistance. Ask the Vietnamese, the Algerians, those of the former Portuguese colonies, and of course South Africa.

Freedom unfortunately comes at a very high cost. Millions perished in the struggles for national liberation. The Palestinian people have repeatedly shown they are prepared to face the consequence of resisting brutal repression.

Images such as the injured young man flashing a victory sign as he is rescued from the rubble of a demolished Gaza building. The terrified young girl running into her mother’s arms following a nearby Israeli airstrike that shook their building, crying: “I want to be courageous, mama, but I don’t know how when death is so near?”

The phoenix rises from the ashes. As Omar Barghouti, leader of the BDS Movement (Boycott, Divestment, Sanctions) observes from his bleeding country: “That’s the definition of the Palestinians…We are protesting because we want to live.”

As though in some apocalyptic basketball game, Israel’s blood-thirsty ruling elite, gloat as the death toll mounts – 230 to 12 in their favour in Gaza (70 children, 29 women). Slam dunk! 27 slaughtered on the West Bank. Others killed and assaulted by police and lynch mobs in Jerusalem and within Israel.

Israeli stormtroopers slap one another’s backs as they high-five with their fans, Yet they are losing the war and the writing is on the wall.

The corrupt arch-schemer Netanyahu, and his evil coterie of butchers, are frightened and perplexed. This latest onslaught has united Palestinians as never before. The fragmented parts, from Gaza to the West Bank, Jerusalem and within Israel, have rediscovered their national sense of unity, and have risen up in anger shaking the resolve of the settlers. The biggest strike since 1936 has seen Israel’s Palestinian community united with Jerusalem and the West Bank in a total shut down. The strategy of divide and rule is in tatters. This is always the prelude to a new phase of struggle, with a decisive change in the situation going forward. Israel’s aggression and the success of resistance has seen a turning point that favours Palestine.

Omar Barghouti on behalf of Palestinian civil society, has issued a challenge to the international community. Match the courage of his people by demanding Western governments withdraw their support for Israel which provides it with the shield and aid of impunity. Key culprits being the USA, Britain, France and Germany, making these hypocrisies complicit in its crimes. The USA, is happy to dole out $4 billion of taxpayer’s money annually. Obscenely, with the blood-fest in progress, President Biden announces an immediate $750 million provision for improved bombing technology.

Omar Barghouti challenges the world  to counter the disinformation spewed out by mainstream media and Zionist henchmen, in particular striving to equate criticism of Israel with antisemitism. The key challenge is to elevate the non-violent but militant BDS campaign to unparalleled heights. It’s enormous success so far has seen Israel’s security chiefs designate it as a strategic threat that must be stopped by all means. We saw how they fermented a witch hunt in the British Labour Party to axe Jeremy Corbyn and other lifetime anti-racists. The Zionist lobby, excited by that success, armed with the flawed International Holocaust Remembrance Alliance (IHRA) definition of what constitutes antisemitism, is on a war path to destroy the careers of academics and activists everywhere, and clamp down on freedom of speech and criticism of Israel.

The analogy of the Anti-Apartheid BDS campaign against South Africa, which reinforced the people’s resistance, is a powerful weapon against tyranny and its protagonists, and can help bring about victory. BDS contributed to a people’s ultimate liberation against enormous odds and helped develop the possibilities.

Nelson Mandela famously declared to Yasser Arafat that “South Africa’s freedom was incomplete without the freedom of the Palestinians”. He said that freedom for the Palestinian people was “the greatest moral issue of our time”. His statement still rings true.
He understood what was right and what was wrong.
He recognised the just cause of the Palestinians and that there can be no justice in neutrality or even handedness.
He believed there could be a solution through a struggle for freedom and solidarity.

If our ANC government, is to be faithful to his declaration it needs to break all ties with Zionist Israel, and get fully behind the BDS programme of action. In so doing a democratic South Africa will act as an international flagship for the just cause of the Palestinian people, and help crown their struggle in victory.

Hopefully South Africa’s Minister of International Relations and Cooperation, Naledi Pandor’s statement to the country’s Parliament on the eve of the ceasefire, motivates in that direction:

“The cruel bombings and killings of the innocent we witnessed in the past two weeks are a sad testimony of the cruel impunity the world has granted to Israel. The international community must stop this impunity. South Africa should support the International Criminal Court in the planned investigation of the abuse of human rights by the Israeli Government. We hope sanctions and other measures to show the world’s offence at this brutality will soon be evident.”

A country like Turkey, with its Ottoman background, needs to set a similar example. The Turkish people know all to well the value of human rights, justice, freedom and democracy.
Palestine must be free from the river to the sea. Like a democratic unitary South Africa, where people of all creeds and backgrounds can live together as equals. 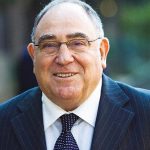 RONNIE KASRILS
Ronnie Kasrils served in many government portfolios (1994-2008), including as Minister of Intelligence. He served in the ANC-led liberation movement in the military wing as chief of intelligence. He is an author and activist.
RELATED ARTICLES
Headline