Bone to pick with ECHR president 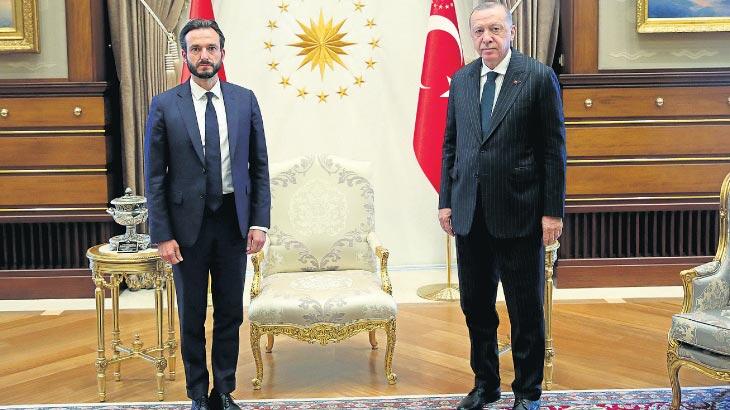 Prompted by one of the followers of the Politurco online platform, I found myself – for five days running–trekking developments of an unfolding story which penetrated my five decades plus professional practice deep into the bone marrow.

It all began with a lead info source even doubting a Turkish government statement by saying “Róbert Spanó, the head of the European Court of Human Rights, may (my emphasis) receive an honorary doctorate in law from Istanbul University…(and) give a lecture at the Justice Academy.”

Forgetting a popular literary joke about the word “impossible” that it also reads “I’m possible” many professionals did not only rule out this sort of event taking place due to underlying contradictions but also filed in their “please-don’t” pleas with the ECHR chief executive.

Personally, chances are that I would have been among those betting their heads. Why?  The court’s official stand and principles aside, ECHR has delivered more than 3,645 judgments on Turkey alone since it was established in 1959 –thirteen years before  the current chief executive was born.

Turkish citizens submitted the second highest number of applications to the ECHR in 2019, and the court found in 97 out of the 113 rulings it issued on Turkey last year that the country had violated at least one article of the convention, while the Constitutional Court (AYM) refused to implement 184 ECHR judgments in 2019.

In Africa, we say “caution is not cowardice.” But it seems Róbert Spanó read Shakespeare’s’ Julius Caesar words on castigating “cowards (who) die many times before their deaths; the valiant never taste of death but once.”

Turkey has so much to settle with Europe that would make the ECHR head think ‘thrice’ before getting submerged in further entanglement.

I am not a lawyer. But because words constitute the writer’s stock in trade, it is a contradiction in terms when we talk of an address to the Justice Academy of Turkey in the wake of judges not only having lost jobs, but some of them standing accused on framed up charges.

How does one visit hell to talk about the importance of going to heaven? Then, as if the visit, in essence, is not risky enough, one goes on to shake hands with Lucifer in the hope of a fruitful ‘guided’ tour that ensures one skips important sites or sights.

I am not an academician either.  But what does a professor have to share in common with a higher learning institution whose members of staff are sacked on a presidential decree? Istanbul University was at the centre of a purge following a failed coup in Turkey on July 2016, firing 192 academics, according to the 2020 “Academic Achievement Change Report in Turkey” of the U.S.-based Advocates of Silenced Turkey, a group of lawyers, judges, academics, journalists, and hundreds of activists advocating human rights and democratic values

A clue about the university occasion is that the media were barred and left with a video link access. Definitely, that could not be in compliance to the WHO COVID-19 pandemic recommendations. What was possible at the Hagia Sophia Mosque inauguration that went missing at the Istanbul University ceremony? Another clue is I don’t know how the ECHR chief executive felt after leaving Turkey without meeting with human rights organizations’ representatives.

It is good practice in journalism “to hear what the other side has to say.” On his part, Róbert Spanó said to accept such titles was a “long tradition as a matter of protocol…”

“The Court must always be seen to be independent and impartial and not making distinctions between Member States. Academic freedom and freedom of expression “are core values which lie at the heart of the European Convention on Human Rights.”

“Secondly, I have accepted to receive this distinction today because it gives me the opportunity to publicly discuss the importance of university teaching in the field of human rights and, in particular, to the teaching of the European Convention on Human Rights …”

Political scientist and academic Cengiz Aktar says Spano’s visit is “scandalous”. He has started a #SpanoResign hashtag on Twitter. Many Turkish social media users he should not have accepted the honorary doctorate and should resign,

“Why is the highest judge of European Court meeting with Pres (sident) Erdogan? This visit has politicized ECHR &greatly damaged its reputation.”

“Spano’s visit may have endeared him to the Turkish government. But his decision not to meet with any opposition figures, human rights organizations or lawyer to discuss the ongoing political persecution of government critics has angered many Turks on line.”

“From the public relations point of view, Spano’s visit is a huge disappointment to the people seeking justice for political repression in Turkey and casts doubt in the eyes of the government critics on whether ECHR President can act as a neutral party in calling for Turkey to respect its citizen’s rights.”

For the ECHR chief to visit Turkey, and leave the country without meeting with social target groups is more than an error. It is a serious omission in respect of which world is only fair global to demand President Róbert Spanó’s resignation.

Come 24, 2020, the European Council will hold a two-day meeting at which sanctions against turkey will be considered. French Foreign Minister Jean-Yves Le Drian was quoted by the media as saying that his counterparts in other EU countries have already discussed a range of reprisals we could take with regards to Turkey.”

According to some media reports, most European countries agree on the existence of obnoxious Turkish policies in Syria and Libya as well as the Eastern Mediterranean. Turkey could very easily be the cause of fall for many. Could Róbert Spanó have forgotten to take an extra wig? That is the question.