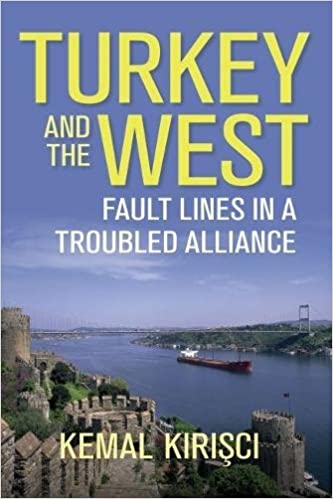 Turkey: A necessary ally in a troubled region

With the new administration in office, it is not clear whether the U.S. will continue to lead and sustain a global liberal order that was already confronted by daunting challenges. These range from a fragile European Union rocked by the United Kingdom’s exit and rising populism to a cold war-like rivalry with Russia and instability in the Middle East. A long-standing member of NATO, Turkey stands as a front-line state in the midst of many of these challenges. Yet, Turkey is failing to play a more constructive role in supporting this order--beyond caring for nearly 3 million refugees, mostly coming from the fighting in Syria--and its current leadership is in frequent disagreement with its Western allies. This tension has been compounded by a failed Turkish foreign policy that aspired to establish its own alternative regional order in the Middle East. As a result, many in the West now question whether Turkey functions as a dependable ally for the United States and other NATO members.

Kemal Kirişci’s new book argues that, despite these problems, the domestic and regional realities are now edging Turkey toward improving its relations with the West. A better understanding of these developments will be critical in devising a new and realistic U.S. strategy toward a transformed Turkey and its neighborhood.

Western policymakers must keep in mind three on-the-ground realities that might help improve the relationship with Turkey. First, Turkey remains deeply integrated within the transatlantic community, a fact that once imbued it with prestige in its neighborhood. It is this prestige that the recent trajectory of Turkish domestic politics and foreign policy has squandered; for it to be regained, Turkey needs to rebuild cooperation with the West. The second reality is that chaos in the neighborhood has resulted in the loss of lucrative markets for Turkish exports―which, in return, increases the value to Turkey of Western markets. Third, Turkish national security is threatened by developments in Syria and an increasingly assertive Russia, enhancing the strategic value of Turkey’s “troubled alliance” with the West. The big question, however, is whether rising authoritarianism in Turkey and the government’s anti-Western rhetoric will cease and Turkey’s democracy restored before the current fault lines can be overcome and constructive re-engagement between the two sides can occur.

In light of these realities, this book discusses the challenges and opportunities for the new U.S. administration as well as the EU of re-engaging with a sometimes-troublesome, yet long-time ally.