Brexit: God save our Gracious Queen! 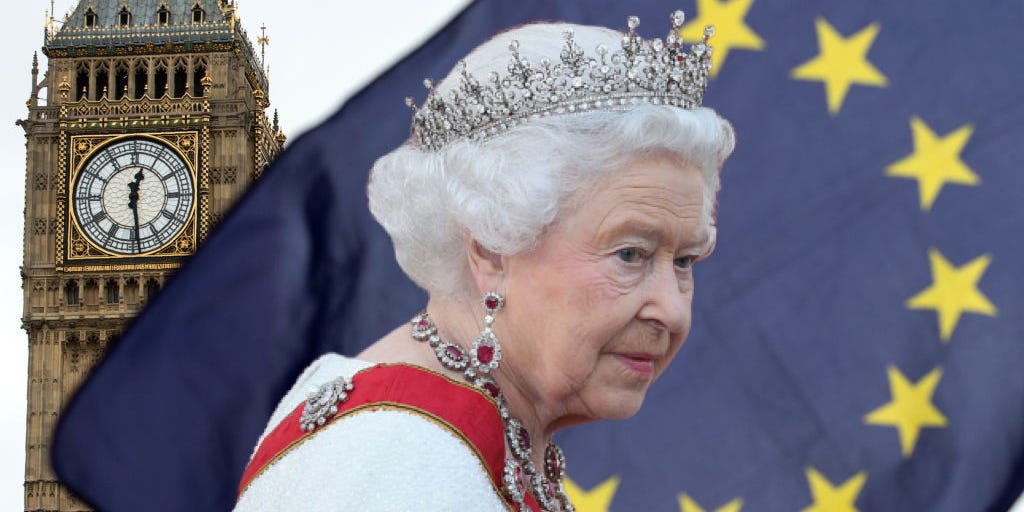 It is 23:00GMT, a Friday, 31 January 2020. Britain withdraws (ejects?) from the European Union (EU), terminating a 47-year relationship with the economic bloc and beginning eleven months of negotiations about the exit module. Brexit becomes the universal main news headline cutting across the world print and electronic and social media. London and Brussels are the major datelines.

Thousands of kilometres away from London in Dar es Salaam, the commercial capital of former British Protectorate and member of the Commonwealth, Tanzania in East Africa, I just can’t divorce myself from the experience.

I go back to my old secondary school days. I remember that History subject in our Overseas Students University of Cambridge General Certificate of Secondary School Education examination. My choice from the syllabus was “Foundation and Growth of the British Empire and the Commonwealth”.

The Brexit experience leaves me wondering what I could now tell my children and grandchildren (should they ask me) about the Great Britain I knew and was proud of.  By the end of the 19th Century, the British Empire comprised nearly one quarter of the world’s land surface and more than one quarter of its total population.

Back to the syllabus, my history subject notes would now have to read upside down, portraying, instead, a fall and disintegration. I recall my History, Geography, English Language and Literature in English teachers, respectively from Glasgow (Scotland), Dublin (Ireland) and Belfast (Northern Ireland) from the White Fathers (Missionaries of Africa) Order of the Catholic Church.

I remember them by their names except the one from Belfast. A smile from him was something rare to see on his face “like the teeth of a lizard”, as an African saying goes. Lucky are they, perhaps. They (RIP) did not live long enough to witness today’s flow and effects of unfolding events in their homeland.

I learn, with regrets. With Brexit, a total of 173 United Kingdom Members of the European Parliament (MEPs) immediately lost jobs. But it is an ill wind that blows nobody any good. By EU provisions, this creates two additional seats for (the Republic of) Ireland.  For the sake of putting historical perspectives right, Ireland became a member of the United Nations in 1955. It joined the European Economic Community (EEC) – the precursor of the EU in 1973. It shares a border with Northern Ireland, which is part of the United Kingdom.

In this circumstance, could Brexit have a bearing on the picture on the ground in terms of relationships between Dublin and Belfast? In other words, could this create a better and conducive environment for the reunification of Ireland and Northern Ireland which voted in favour of remaining in the EU by 55.78% against 44.2% for exit?

By the way, France and Spain gained five more seats on the European Parliament on the basis of their population sizes.  What a Brexit blessing!

The Brexit environment definitely sends chill down the spines of those, whose political orientation blood possesses some unity genes. With feelings of going independent gaining momentum in Scotland, which voted 62% in favour of remaining in the EU against 38% for departure, what could prevent them from applying for independent EU membership?  If there is anything to go by, a city in the Netherlands is reported to have flown the Scottish Saltire –otherwise known as St. Andrew’s cross consisting of a white Saltire defacing a blue field –in place of the Union Flag after the UK left the EU. The Saltire is now displayed with the flags of the remaining 27 EU nations at the city’s main railway station conveying a central contextual: “Bye bye Britain (England). Hello Scotland!” message.

Within the EU circles, this possibility of Scotland making an individual EU membership application has created a big and ongoing debate.  Some countries’ foreign ministers express worries of such a move defying the Scottish government continued membership rather than fresh application. Others fear this syndrome spreading to other countries. There are those who do not want to find themselves at the centre of UK’s internal affairs.

Furthermore, is the European Union ready to go through a situation similar to that of Catalonia? In Africa we say: “Making a mistake is not a mistake. Repeating it is a mistake”. What would be the consequences of creating a trade border between England and Scotland?

This debate sends one to Whales – to the Cardiff University of Journalism, Media and Cultural Studies, in particular. That school, among other things, tackles international public relations and global communication for productive dialogue on pertinent issues. On a critical note, suppose Scotland chooses to go independent for the sake of entry into the EU. What happens next?

I am taking a squint eye look at arrangements like those touching on all that goes with global pride for the United Kingdom. For example, what new title would have to be found for the husband of Queen Elizabeth II? Which substitute name shall be put in place for His Royal Highness, The Prince Philip Duke of Edinburgh?  What new replacement title can be assigned to him at the age when he is looking forward to being a centenarian? Born in June 1921, a Prince of Greece and Denmark at birth, the Duke of Edinburgh will turn 100 years next year!

Socio, politico and culturally, there is a need to get things the right way up. The way the world understands the United Kingdom (UK) is essentially within the background of the unity of Great Britain and Northern Ireland, the process of which goes all the way to the year 1800 Anno Domino (After Christ).  Great Britain is made up of England, Scotland and Wales.  Now, the world has reason also to start doubting the status of Scotland and Northern Ireland membership in the UK set. What would eventually remain of the UK when people are feeling more English, Welsh, Irish and Scottish?

Towards the end of this month, there will be an EU leaders’ summit to give mandate to the Brexit 11-month negotiations due to start early in March.  Symbolically, to borrow from the scriptures, the UK will be going through purgatory for self-inflicted wounds and, hopefully, without having to shake the bones of Sir Winston Churchill, twice prime minister between 1940-45 and 1951-55.  The prayer is to revert to the National Anthem and sing: “God save our Gracious Queen”!