HomeExpertsBringing light back to dark Turkey
ExpertsTop Stories On Turkey

Bringing light back to dark Turkey 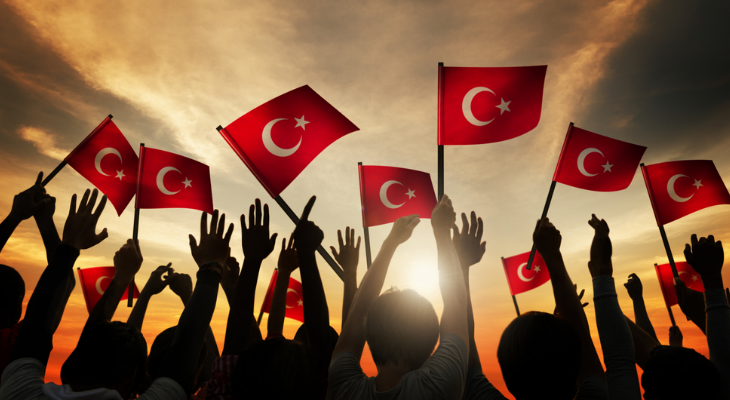 From about three-and-half years I spent blind, there are experiences I gathered which are worth sharing. Among them: The difference between light and darkness (to me) was the same. From every voice of anybody I did not know, I created an imaginary image. My memory improved a lot.

If you observe what is taking place in the world today what do you find? In everyday life, things are better understood by their opposite. It’s from the concept of cruel persons that we distinguish the good ones. I am called short because there are taller people. In running government affairs we find ministries of education because of ignorance and health because of disease challenges.

Globally, this phenomenon has assumed opposed lethal dimensions. Man is using a sword and gun to make peace. Armaments for killing man are more sophisticated than those of an elephant! Man is using cruel means in the name of kindness. People are ready to kill one another under the cover of faith!

Slowly, one sees people who have eyes but cannot see; those with ears but cannot hear. These organs seem to be more for morphology than function, just as limbs are to an all-time bed-ridden cripple.

Why does this happen? Why are we having people whose major memory function is to forget — even God, their Creator? The same applies to governments, whose major function it to promote peace and security. Why? In the “Seedbed of Light”, the Ninth Treatise, Third Part of the Whiff p286, Al-Mathnawi al-Nursi says: “… one factor that distinguishes us from animals is that we have relations with the past and the future and can comprehend both the inner and outer worlds. We can discover the apparent causes of events and know how to obtain a desired goal…”

There is also the question of morals, whose laws, further observes Said Nursi in his writings, “are absolute. They are not relative.  (So) efforts spent on spicing our actions in the interest of our desires points in the wrong direction. This is why, as it is noted, we substitute legal and illegal, right and wrong with attributes. And a state is created along these lines.”

It is exactly from this aspect that the current Turkish situation comes to light. Turkey is under the threat of being taken a century back and even beyond the days of the Ottoman Empire.  How comfortable are you with the following news in the 20th Century digital age? “People quit attending mosques for regular prayers due to the fear of getting assaulted by partisans.”

These are words of Sedat Peker, a Mafia leader, who was released from prison by President Recep Tayyip Erdogan in 2014, subsequent to threatening perceived dissidents with death. He was acquitted by the court without even a slight warning and was embraced by the president on many occasions because of his very close relations with the youth of Erdogan’s party. The court accepted his words as nothing more than normal expression of one’s opinions.

President Erdogan’s own words were not very much different. “Neither in the East nor in the West is a single member of this organization (Hizmet) comfortable as before, nor will they be. If not today, then tomorrow, one day every member of the FETO traitors’ front will pay for his treason against the country and the nation,” he said

And he was definitely not joking. The so-called July 15 2016 failed coup that until today raises more questions than answers, opened flood gates for Turkey’s disregard to international laws like the Universal Declaration of Human Rights besides bordering on the contravention of the Turkish national constitution.

The latest report  dated September 20 on a research conducted by the Advocates of Stranded Turkey (AST) says that as of February 2020, investigations had been carried out on more than 610,000 people, leading to more than 160,000 arrests and about 63,000 political prisoners.  Worse still this involves 780 (definitely innocent) children held with their mothers.  Fifteen private universities with Hizmet affiliations were shut down, translating into expulsion of 6,021 academics; 3,003 schools and dormitories were closed and, of all things, millions of books were burned.

The report further reveals that about “200 media outlets were seized and were either converted to pro-government mouthpieces or muzzled completely, 161 journalists were imprisoned. 4,463 judges or prosecutors were dismissed from public service and some were incarcerated. Tens of thousands of polices officers were axed. The licenses of 1,539 attorneys are currently under trial and 580 of them are in jail. 11 people died under arrest or during interrogation. 93 prisoners were killed due to torture and ill-treatment.”

This leaves us with very little missing link to the conclusion that Turkey is on a dangerous journey from light to darkness.  What lessons could be learned from this?

From the perspective of politics practice, a friend was of the opinion that nobody should be given power for more than two terms. He cited Erdogan being in power for 18 years now. He said “the worst feature for a politician is the hatred”, which is evident in Turkey now.  Hizmet is hated. With its educational institutions, business associations, dialogue centres, media houses and financial institutions Hizmet was a great success story for Turkey.

But like Joseph and his brothers we read about in the scriptures, the movement has been thrown in a well. Its members have been arrested, prosecuted, and jailed. They are being targeted at home and abroad. Joseph did not die in the well. Instead, he went on to become a kin to reckon with.

What should be done to turn the Turkey story round? That is the question. And the remedy is for its leaders to take recourse to what the scriptures say. I am not a Muslim or Christian cleric. Not even a philosopher or theologian. But the two books have a back flight schedule from darkness to light destination.

By the Quran, Turkey leaders must appreciate that God is the master… (2:257).  By the means of what God has given them, they should seek … the Hereafter. They should not think that they deserve what they possess because of their knowledge (28:77). This drives them out of light into darkness, where Turkey is today. If they follow God’s pleasures to the ways of peace …they will be guided to a straight path (5:16). They have to take guidance from God to bring them out of darkness into light (57:9).

The Bible says categorically that light shines in the darkness and the darkness has not overcome it (John 1:5). But if anyone walks in the night, he stumbles because the light is not with him (John11:10). As if evangelist John in 3:19 were here with us in Turkey, he hints: “And this is the judgment: the light has come into the world, and the people loved darkness because their works were evil. For everyone who does wicked things hates the light and does not come to the light, lest his works should be exposed. But whoever does what is true comes to the light, so that it may be clearly seen that his works have been carried out in God.”

Finally, Corinthians (6:14) unequivocally declares righteousness has no partnership with lawlessness just as light has no fellowship with darkness.  And Ephesians (5:11) warns against taking part in unfruitful works of darkness and calls instead for exposing them. AST has done it just as Hizmet suffers targeting and deprivation of freedom for the sake of justice.

Light (peace) can come back to Turkey; if only the current leadership could be truthful to themselves and their country, abandon the path of the wicked and turn to God as testified in the scriptures.