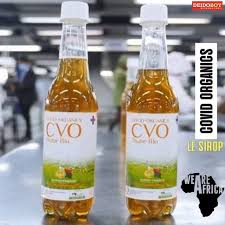 In the Scriptures, interesting contextual stories for all space and time abound. The encounter between David — the young Jewish, shepherd-pouch, sling and river-stone pebbles carrying teen — and Goliath, armoured to the teeth, ten-footer Philistine army giant– undoubtedly represents a special treat from the era.

This last born among King Saul’s servant (Jesse) ten sons, rose from the humblest family position to make a name for himself, his family and, above all, history for Israel his country and its people. The part of the story that possibly escapes many is that even Bethlehem, where he originated in Jerusalem, was just a neighbourhood, to borrow from the language of the world’s greatest setting, the US.

It is this same place the Bible records as where King David’s descendant, Jesus, was born in humble shepherds’ surroundings, laid in a manger and exiled to safety in Egypt, Africa, to escape an operation mounted by King Herod – fearing for his throne– to kill all newly born baby boys at the time.

Away from Bethlehem, a critique of this narrative is rendered incomplete without a mention of Nazareth, that Jewish, again humble village, where Jesus’ family of Joseph and Mary settled after their return from Egypt. It is here that Jesus, like David, was looked down upon by his own people. “Can anything good come out of Nazareth?”

Bethlehem and Nazareth share an experience where from humble backgrounds life makes a turn and never to became the same again. Consider life in Israel before and after David turned tables on Goliath. How about the world since the collapse of the Roman Empire, leading to exit BC and enter the Anno Domino era in which the world has been until today?

Africa is not the odd man out. The continent has had its share of the Nazareth typical experience. In the same number of words, it is not strange to hear: “Can anything good come out of Africa?” I have a German friend with whom I worked on a project in the East African islands of Zanzibar in Tanzania. Every time things did not go at his expected speed and accuracy, my very keen chemist friend would turn red and curse: “Afrikaaa!”

Today, Bill Gates doubts if he would have been a runaway success if he had been born and raised outside the American soil. The guess of what that other place could be is yours. His view is understood. It’s forgivable. But how does one understand an African leader doubting to take a flight on an aircraft piloted by an African captain?

It remains a fact that many Africans have made a name outside their countries. Some have even been rejected at home, only to be proven worthy after their departure. I have a live example. One tax and one urban planning experts were ‘rejected’ in Tanzania. The former was engaged by neighbouring Uganda and the latter taken on board by Swaziland, eSwatini today. Tanzania was later referred by the World Bank to Uganda to learn about improved government revenue collection practices while city planners were advised by relevant UN agencies to emulate the eSwatini satellite town development programme.

When one Nigerian Dr. Jeremiah Abalaka said he had found a cure for HIV/AIDS, his home government simply did not listen to him – trust let alone. He died with his cure. RIP Dr. Abalaka! Today Nigeria imports Japanese yam pounders, whose patent was sold by a frustrated local innovator.

More examples are available. Jesus himself put it better. From his personal experience in Nazareth and its environs, he said: “A prophet is not accepted in his own country”. African indigenous knowledge (IK) rounds the story off by observing that “it’s the ignored (bee) that makes the best brew (honey).”

The IK goes on to give visionary advices of “a nearby stick that kills the snake … arm’s stretch out determining the extent of a self-scratch to ease an itch; and finally cautions: “You can only smile with your teeth.” The bottom line is developing homegrown solutions on, first and foremost, easily accessible local means. Indigenous knowledge holds that “on a borrowed dress, one is as good as half naked. It is risky. What if the owner wants it back during a public function?

It is this rich treasure of indigenous knowledge and resultant good practices that has sustained African societies over ages as they balanced the conservation and use of natural resources, including medicinal plants – the basis of traditional as opposed to conventional medicine.

The COVID-19 pandemic problems and emerging African homegrown solutions should prompt the continent and its leaders falling into a back position to reset post-colonial Africa’s location on the world response map to the pandemic and other outbreaks. Can anything good come out of Africa?

Madagascar’s Covid-Organics (CVO) has paves the way back to the continent’s traditional medicine glory. Other countries have also followed suit coming out with their homegrown solutions, some even going an extra mile by innovating related technologies like test kits, ventilators and hand-free soap, sanitizer and water dispensers.

As Africa Union (AU) former Ambassador to the United States and current President of the African Diaspora Development Institute, Dr. Arikana Chihombori Quao, said when discussing issues surrounding Malagasy’s COVID-ORGANICS: “Africa does not need the approval of Westerners to commence with the usage of our age-long herbs.”

The way forward is first, for Africa, to regain confidence in itself and the Africa media playing its expected informed role instead of relaying stories of “herbal mixture which is said to prevent and cure COVID-19” or “controversial Malagasy virus cure”. Such information cannot originate from the Antananarivo-based Malagasy Institute of Applied Research (IMRA). Nor can it be authentic. This is why it raises more questions instead of providing answers.

Africa can produce more Covid-Organics (CVO) type of products. The product is a result of a highly professional process. The president of the Academy of Medicine, Marcel Razanamparany, confirms the CVO initiative highlighting the work of IMRA researchers, who conducted the clinical study. He says the IMRA founder, Albert Rakoto Ratsimamanga, has always advocated the connection between modern and traditional medicine.

Founded in more than 60 years ago, the medical and pharmaceutical research and training centre is currently enjoying the expertise of about 100 researchers and is renowned nationally and internationally. It has been granted regional status by the African Union and was recognized as public utility by the Government Council about ten years ago. The AU vision is to support “an Africa, driven by its own people and representing a dynamic force in the global area.”

When COVID-19 set in, the story translated into a race against time. What was done was to immediately go in for a dual therapy protocol based on chloroquine and the antibiotic azithromycin, in association with treatments derived from traditional knowledge that emphasizes the use of medicinal plants.

With Madagascar’s rich biodiversity and the central role of its traditional practitioners, the decision was made to promote traditional medicine. Regarded as the pioneer of science in Madagascar, Professor Albert Rakoto Ratsimamanga, who is a researcher and the origin of some 350 scientific studies, declares: “We must move forward at our own pace. We must above all have confidence in ourselves and in the therapeutic virtues of nature. For nature and man are one.”

Behind the CVO has also been political will coupled with a firm stand. President Andry Rajoelina started by saying his country “would like to send a message of hope to the world with the help of our biodiversity 80% of which are endemic species. To tackle COVID-19 we will be able to propose an enhanced traditional remedy made up of Malagasy medicinal plants which have already been proven effective.

“As we await clinical trial results we are confident that we will be able    to change the course of history in this global war being waged against the pandemic. We are also going to conduct laboratory testing during which the drug will be administered to patients in different formats.”

In the wake of a wide range of criticisms, the president did not hesitate to come back and “bat away criticism of the homegrown remedy and the WHO’s caution against people using…. (it)… but did not say his country would quit the WHO as a result.”

Without hesitation, the Malagasy Head of State declared: “No country or organization will keep us from going forward.”

Something good can definitely come out of Africa using less medical syringes. A conflict would have been set with the vaccine industry, leading to a sizeable effect on the global health regime, short of a medical conflict.