Can Dundar’s ‘Köprü’ and His Test with Documentary Making 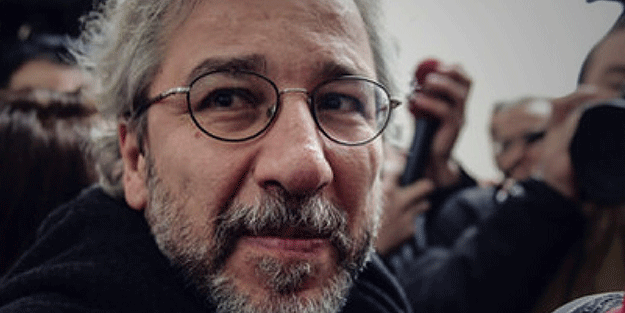 Awaited with bated breath and high expectations, Köprü (The Bridge) Documentary about the brutal-and-bloody failed July 15 coup attempt was broadcasted yesterday. Can Dundar, a lauded and decorated Turkish journalist, could not hide his excitement as he introduced the trailer of the documentary saying that he and a group of journalists from the ZDF in Germany researched the details into the so-called coup with an intent for deciphering its codes.

The time the trailer hit the social media, it also gained trend with everyone discussing their first impressions. I read most of the commentaries posted under the YouTube trailer and even provided my own commentary with moderate and constructive criticism. Shell dropped when my comment was unexpectedly removed by the ARTI Gercek YouTube channel where the Turkish version of the documentary was posted. In view of the comments I read, I could manifestly observe how people have been placed into distinct ideological camps, polarized and turned all against each other. No one really cared about who the real perpetrators of the coup attempt were… the commentators kept discussing whether Can Dundar was a Gulenist, or an Erdoganist or a man of the truth.

Having watched the trailer with due care, I commented to the trailer of, “What findings have you reached after your yearlong research as claimed? Is the coup attempt really a war waged between two friends turned enemies? What’s original in your documentary as different from the others? Kemalists and ultra-nationalist have enjoyed claiming the theory of ‘the war between the past pals’ since 2013, and it is obvious you dug into the discourse to run a deep search about the concealed aspects of the failed coup. Yet, you have come up with the selfsame in 2021, almost five years past the attempt. This would not be an example of investigative journalism but a public relations service for a group, possibly Kemalists, to which you have recurrently expressed your strong attachment.”

I watched the documentary to have further insights. Of course, one may ask right from the first minutes who the people interviewed in the documentary were and why there was no journalists neither from the Gulen Movement nor from the Erdogan-tutored media outlets. Does this matter? Of course, it does! Given the laurels he won during his career, an investigative journalist like Can Dundar could have sought the opinions of journalists or those who were affected from both sides of the divide before venturing into a documentary on such a searing issue still affecting groups of people like the participants of the Gulen/Hizmet Movement and the other opposition groups including the socialists and Kurds who have been purged, oppressed and imprisoned in Turkey since the day after the coup attempt in 2016.

Unfortunately, this has not been the case.

It was downright disappointing to have watched Dundar starting his lopsided documentary with the claim of how Gulen and Erdogan turned against each other to the extent of throwing the country in the claws of a bloody night witnessing a coup attempt. Wouldn’t it be much credible for Dundar if he first discussed the evidence regarding the coup attempt and build his ‘verdict’ upon those findings?

This has not been the case as well.

In the Act One of the documentary, an anti-Gulenist journalist was deftly picked and let speak against the Gulen Movement while showing Gulen and the adherents of his Movement with a tense background music. Explaining why Gulen and Erdogan went against each other, Dundar showed how Erdogan’s corrupt government was caught red handed by police squads but declined to mention how corrupt Erdogan and his regime has been and thus chose to shadow the December 2013 police operations against corruption and graft with the nonsense claim that the Gulenist police officers had conducted vengeful operations against Erdogan and his associates on purpose.

Dundar switched gear and made his biggest claim on ‘minute 11’ saying that the war between Erdogan and Gulen turned into a bloody clash on the Bosporus bridge, highlighting the bridge as a metaphor hinting it was not only putschists who blocked a stretch of the bridge but both parties bombing the road that led to the democratization and the West. What? What in God’s name are you talking about, Dundar? Is it the documentary you claim to provide answers to all questions?

While Dundar demonized the Gulen Movement and kept Kemalists, elitists, nationalists, and seculars away from the topic as if they do not exist in the Turkish political sphere, he chose to spotlight Gulen movement in every minute of the documentary with ready-made acceptance of keeping the Gulen Movement responsible for everything. Why?

As the documentary progressed, Dundar explained how the coup had begun and who were there as the plotters. It did not come as a surprise when he referred to plotters as Gulenists, claiming that the plotters instigated the coup attempt from Kuleli Military High School without making any comment about why and how a coup could start from a military high school. Dundar did not answer any questions; rather, he recycled and repackaged the derogatory rhetoric of the Erdogan government to scapegoat the Gulen Movement as the plotter of the coup, but without success.

Dundar also did not make any comments on why a coup attempt might have started on a picturesque city bridge with the presence of live news TV cameras and he did not say anything about how these plotters were remarkably naïve to block only one way of the bridge but no both.

More interestingly, sharing his views in the documentary, the then-German Ambassador in Turkey said when he saw the fighter jets in the air, he taught perhaps the Turkish military scrambled against an ISIS attack in the city. What? Not an ordinary foreigner, but the Ambassador of the Federal Republic of Germany to the Republic of Turkey said that. Germany has substantial intelligence presence in Turkey and is no stranger to the state of affairs across the country. Even with that, the Ambassador said he thought there might be an ISIS attack to the city while he enjoyed the mild summer evening in his balcony. Funny! The ambassadorial comments do not only lack tact but are also sugarcoated in fancy.

Many people who witnessed the incidents of the so-called coup unravel said something strange was underway and that could not be a coup attempt for real. Yet the German journalist who spoke in the documentary said he thought the putschists statement on the state television TRT sealed the end for Erdogan. I have no idea how laidback and shoddy he thought on the coup attempt, but Dundar’s preference for sparing a slot to this German journalist in the documentary served perfectly to receive the desired answers from him. The German journalist’s responses were very much similar to those voiced by the secularist and Kemalist circles in Turkey.

It is still fresh for Can Dundar how he was openly threatened by Erdogan with dire consequences and prices to pay. In almost no time, a pro-Erdogan operative tried to kill him in front of a courthouse in Istanbul. His wife Dilek Dundar, who fearlessly shielded her husband during the attack, was kept as hostage in Turkey and was not allowed to leave Turkey for years.

If I was in Dundar’s shoes, I would assume a different tone and try to provide a broader perspective to the events throughout the documentary. I am utterly surprised by the way Dundar have come up with such a lopsided documentary, betraying his fame as one of the most prominent investigative journalists and documentary makers of Turkey, I am utterly surprised to see that despite all his ordeals, Can Dundar seems as if he had no life-threatening problems with the Erdogan regime, and – during these days when people rush to find jabs to fight against a global pandemic – injected a shot in the arm of the incumbent regime in Turkey with this sugarcoated documentary that avoids meddling with the core issues still affecting millions in the wake of the June 2016 failed coup attempt but mouths the derogatory discourse of the Kemalists and secularists.

Days after its perpetration, this coup attempt was reportedly investigated by the respective UK, German, US, NATO, and EU intelligence services, and they all reported their findings that the coup attempt was not perpetrated by the participants of the Gulen Movement but by shady fractions in the Turkish Armed Forces and there was no credible evidence to blame Gulen Movement for it.

While Erdogan’s views and speeches were galore in the documentary, no statement provided by Gulen right from the first hours after the dastardly attempt were given any space. Gulen said, “I urge the Turkish government to let an impartial and unbiased international probe committee to probe the coup attempt, and if they found any evidence indicating I or anyone from the Movement was involved to the coup to any extent, I would purchase my ticket and travel to Turkey by myself to face the consequences.”

Not only Erdogan regime did not show their desire for such an international probe committee, it even did not allow chief actors such as the Chairman of the General Staff – who is now the Turkish Minister for Defense – and the Undersecretary of the Turkish National Intelligence to appear before the investigation commission formed under the Turkish Grand National Assembly and provide their testimonies. When a group of opposition deputies in the Turkish Grand National Assembly filed a motion to invite Fethullah Gulen to testify before the Commission, it was the ruling party AKP deputies who bombed the motion and rejected the proposal. Why was there no mention of Gulen’s early and subsequent comments in the documentary? If Dundar is an independent and unbiased journalist as he claims to be, shouldn’t he allot some space for Gulen, too?

Before watching the documentary, I prepared myself for congratulating Can Dundar for an outstanding documentary on the coup, but I stand failed. No different than Michael Palin’s character in the Fish Slapping Dance of the Monty Python’s Flying Circus, Can Dundar lightly slaps the chronicle of events in the face as he provides nothing critical or thought-provoking in the documentary, parroting the oppressive state discourse and the Kemalists’ and secularists’ baseless claims that clobber and knock innocent people out the same as John Cleese’s character does on the head to Palin with a much larger trout in the same funny dance. One of these days one cannot help but miss Dundar’s mentor late Mehmet Ali Birand, an epitome of investigative journalism and a school that produced the likes of Can Dundar as documentary makers.

It is unfortunate to see in the light of his latest work that Dundar has proved once again his disinclination to act as an unbiased and objective journalist. Making the long story short, he is the same but older Can Dundar. Nothing exceptional.