Can Erdogan eject from the political trap? 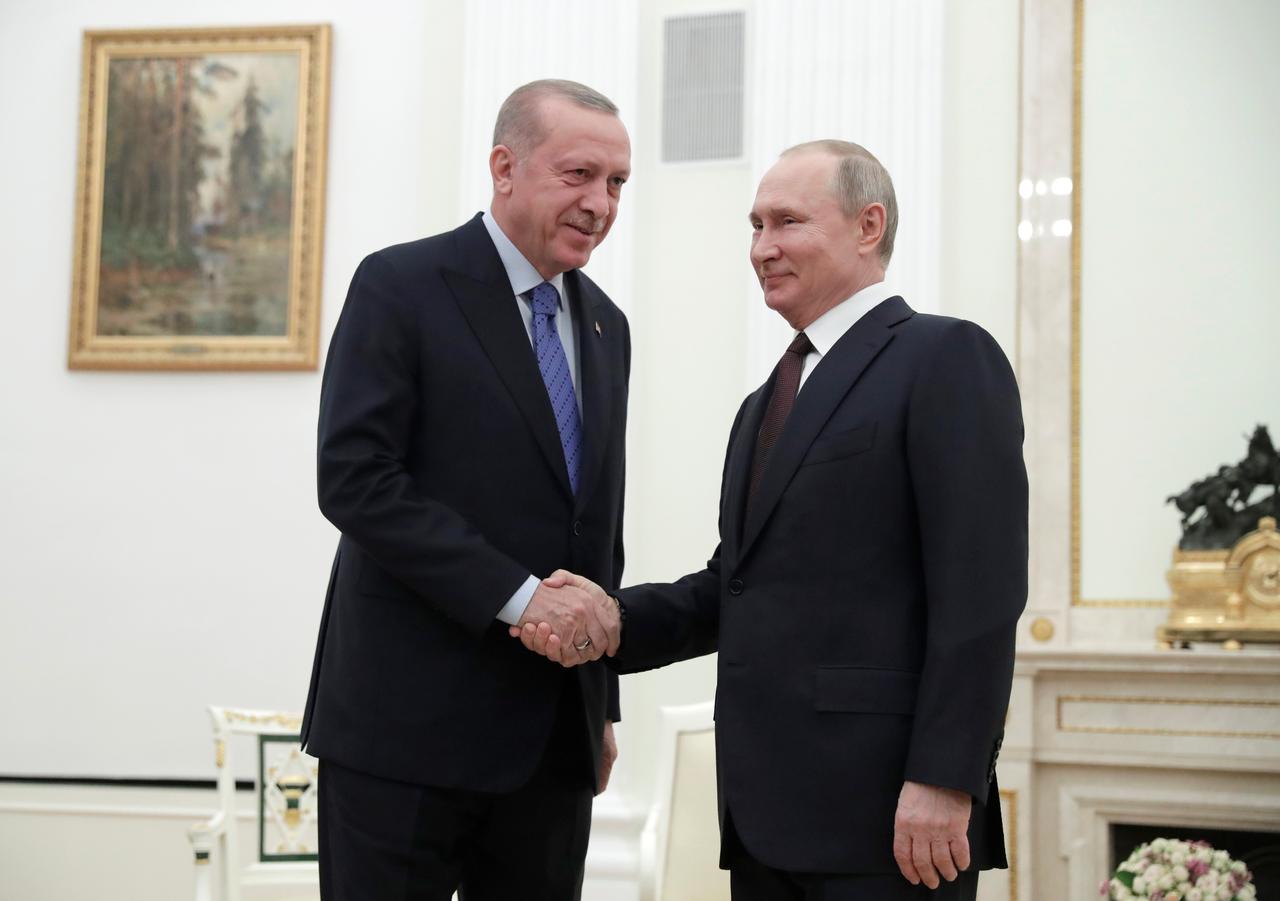 I can neither pretend to be an expert on Greek philosopher Socrates’ moral concerns about political ethics nor Turkish Kurd Muslim reformer Said Nursi‘s Treatises in the Seedbed of Light –the Risale-i Nur.  But, as I followed the flow of events, particularly in respect of Syria and Libya conflicts combined with the rather precarious gamble the Turkish President Recep Tayyip Erdogan was playing, the latter’s words on moral laws came to my mind. I also remembered Mahatma Gandhi’s world blunder of “politics without principles.”

Said Nursi about a century back warned: “Moral laws are absolute. They are not relative. Efforts spent on spicing our actions in the interest of our desires points in the wrong direction. This is why, as it is noted, we substitute legal and illegal, right and wrong with attributes. And a State is created along these lines.”

With or without these figures, what is happening on the ground is that what began as a civilian conflict in Syria grew into a crisis which now possesses all the faculties of a war that has spilt beyond the country’s borders, demanding global attention. Now we ask: “Between who is the war? Is it between Damascus and Ankara, President al-Assad and President Erdogan, President Putin and President Erdogan? Could it be between President Erdogan and US President Trump or Washington and Ankara? For, it’s definitely not between the people of Syria and Turkey. Whose is it?

In between, millions of the Syrian people, including innocent women and children, have and are suffering. Caught up in this regrettable experience, some have found themselves turning into refugees on their own land – displaced. They have become homeless at home!

Others have fallen into what is claimed seen in some quarters as President Erdogan’s hidden  agenda of forcing the European Union member countries pay (more or else) to keep the refugees outside  their borders. Otherwise, they argue, how does one explain the literal opening of Syrian refugees-cum-asylum seekers flood gates into Europe now? Ankara denies this ploy saying it is looking for solid steps from its European allies to halt the Syrian offensive in Idlib, and not money for refugees.

However, going by the latest developments, one would not be wrong in asking oneself the question: “How will President Erdogan eject from this and other traps?” It’s a trap and a tricky one because it is more than the war in Syria. There is everything to show the president being driven into a very tight corner from many angles.

Syria, definitely on its own, cannot tame the military might of Turkey. But can Turkey win a war against Russia when it (Turkey) depends on arms from Russia, which is also on the al-Assad side in the conflict?  This raises the question of the Russian-Turkish ‘friendship’. Of what kind is it? As a sort of trend setter to the latest Putin-Erdogan summit, there were reports of at least three Turkish soldiers being killed by Syria airstrikes leaving several injured.

This could not happen without the knowledge of Russia. Reacting to the earlier airstrikes, Turkey complained to Russia over not honoring the Sochi ceasefire agreement when it knew the location of its soldiers. Russia responded that Turkey had not provided the coordinates. What sort of war is this in which opposing sides have to inform each other of where not to hit?

Can Turkey and Russian find a point of agreement on the Syria war? Not likely. While Erdogan wants an area created in Idlib (Syria) for settling refugees (in their own country?), Putin wants al-Assad to regain all Syria’s lost Idlib territory under Turkey-supported rebel-occupation. Turkey must go back home, in other words. Is Erdogan willing/ready to go through this experience?

The Russia-Turkey ‘friendship’ comes under further scrutiny. Why are the two always on opposing sides in a conflict? Look at Libya. Turkey pro-internationally recognized government in Tripoli along with Qatar and Italy, while Russia supports former Gen. Haftar forces along with the UAE, Egypt and France.

The Libya case has been so hot that after serving more than two years as the UN’s Special Representative in charge of finding a way to a lasting peace in war-torn Libya, Ghassan Salamé – who also heads up the UN Support Mission in Libya (UNSMIL) – handed in his resignation.  He blamed this on failing health caused by the immense stress of the job “to reunite the Libyans, curb the interference of the outside, and preserve the unity of the country”.

Ghassan Salamé was right. Libya is like the extension of the Syrian war. He had come to a stage of fighting a lone war as the world literally decided to close eyes to the problem. In between, Turkey went to the stage of signing a military agreement with the government in power ignoring internationally set rules with impunity. Internal beneficiary warring forces literally abandoned peace talks. What are the chances of Turkey withdrawing from Libya?

On the home front, President Erdogan faces an equally tricky situation. He has more on the hook than any sitting President can comfortably bear. Consider the recent number of Turkish soldiers who died in Idlib. What reasonable justifications can he make to calm the nerves of his people upon losing their 21 to 39-year-olds loved ones in a war that has practically no public cause?

It is an embarrassment to the government in the background of rising unemployment, falsified public enemies, abductions, detention of journalists and closure of media houses, babies being imprisoned along with their mothers, ill-treatment of prisoners, and closure of schools, universities and destruction of textbooks.

The list is as tall as it is critically tricky for President Erdogan to eject. The situation on the ground constitutes a big unknown for him. Time and clock are related. But, the former is beyond human manipulation. Man can only play around with the clock. Time remains the unstoppable game changer to which the only human compliance is patience.