Can we stop listening to these Ultra-Malay language hypocrites, O’ Malaysians? 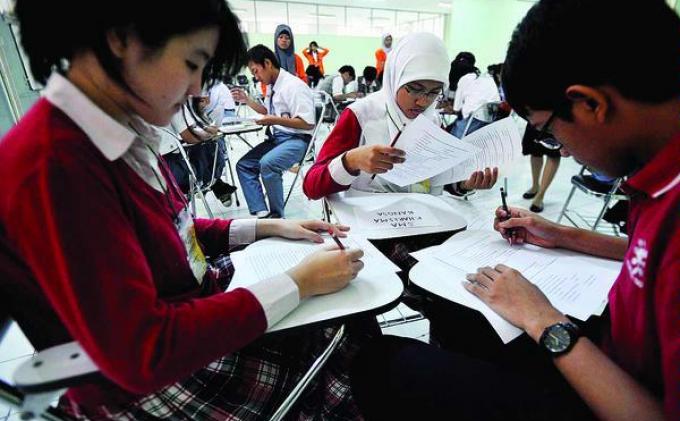 It is not rocket science. It is not a complicated issue. It is not necessary to talk to these “stakeholders in education” when it comes to the teaching of Maths and Science in English, I’d say.

I have written umpteen times on the issue of our refusal to teach this advanced-technological lingua franca to our children in schools as a medium of instruction. The government today, and of the past, cannot continue to be bullied endlessly by these “ultra-Malay-linguistic nationalists” who are, out of idiotic pride and nationalistic false consciousness, trying to bring back the Malays especially to the times of Malacca Sultanate, thinking that Bahasa Melayu can be at par with English as the language of technological progress.

As one who has taught English and more than 50 courses in the English language in my teaching career, I must say how frustrating and boring it is to read, for decades since the 80s, the opposition to the language of instruction of critical importance. Below is my straight-talk on the issue. I hope this will invite a serious discussion on the future of our children. I wrote them as brief Facebook and Twitter entries.

People have long been talking about globalism, post-industrialism, they are still babbling about ultra-Malay nationalism. Stuck in teaching Sciences in Malay, our children can never progress to the fullest scientifically. Ignore the hypocrites. Because we surrendered to the hypocrisy of the ultra-Malay language nationalists, we failed two generations of Malays. We saw this in the issue of the Malay script, Jawi, borrowed from the Arabic.

Since the 80s, the same old nonsense from the anti-English language-Ultra-Malay groups is destroying two generations of Malays. Out of a vainglorious bloated egoism, they are out to spread the virus of ignorance of the meaning of lingua franca.

The National Writers’ Association (Pena) and Malay writers can continue to write in Malay. No one is taking away their pen, like what General Suharto, the “Bapak Judistira”, did to the great Communist writer Pramoedya Ananta Toer. These Pena people can write in Malay to their soul’s content. But let today’s Malay children master the subjects of Science and Maths in English. No problem. No hypocrisy.

Are the Malay writers linguistic gang opposing English Language because they still wish to sell books in Malay? Not because of nationalism? And why are some Islamic youth movements still opposed to the teaching of Maths and Science in English? Out of ignorance? Idiotic pride? Or plain hypocrisy? Many Islamist-politicians do not like the word “liberal-secularism” but they can certainly understand what “Mercedes Benz” means. I’d say listen not to the battle cry of those out to oppose the English language. They are out to push our children backwards.

No language is sub-standard. All are equal. But English is still a priority for professional advancement today.

Language of the Salafis too

I’d say even Arabic is not a priority language in Malaysia today. Focus on the English language. More progressive. Malaysia will be a better place if we educate the Salafis and Wahabis with good doses of Western philosophy, I guarantee.

Friday khutbahs (sermons) will benefit well with liberal ideas from the Enlightenment period, especially – Voltaire, Rousseau, Diderot, and great thinkers of the Western tradition. The Friday khutbahs should also gradually be in English. Makes Islam sound more progressive and liberalising. I have taught the course Islamic Scriptures in English. I liked it better. More liberating it feels. Do it in Malaysia too. I’d say it’s better to teach Islamic Studies in English instead of Malay. Better for liberal advancement.

The English language promotes egalitarianism in the social address. The Malay language invites “kow-tow-ization” to the privileged class. I love the Malay language, born into it. But it is no longer useful to amass modern knowledge, to become a “Renaissance Man”

Today’s politicians want to defend the Malay language out of political necessity to score political points. Dishonesty? Defending the Malay language could one day be a passing fad. Freedom of expression feels better in the English language. Malay dignity need not lie in the Malay language. Mastering Western philosophy can be a path to better dignity, I argue. English is today’s language of post-modern knowledge. Master it. Making Malay a constitutionally-protected treasure but viewed as a lesser priority, would be my advice.

If you wish Malay children to go to top English-speaking universities, be real. Teach most subjects in English. Defenders of the Malay language on the matter of Stem teaching have shown a good display of hypocrisy. Ultra-Malay linguistic nationalists must stop fooling the Malays and pushing them cognitively backwards. I wrote about this in my new book.

I sense these ultra-Malay defenders of the Malay language are nationalists without a clear sense of what nationalism means today. The new spiritual strength of the Malays. Mastering Western philosophy can be a path to greater dignity, I’d argue.

We are failing our children in preparing them for a world constantly in major flux, in which advanced scientific, technological, and cybernetic knowledge explodes every second, primarily reproduced in the English language. We are letting the Malay language ultra-nationalists pave the one-belt-road to ancient times. Of the false and imagined glory of the Malacca kingdom with its sub-standard Sultans.

English is the lingua franca of science and advanced science. The Malay language is not. Start accepting this fact.

No, fellow Malaysians. Malay is not a language of advanced science. English is. Teach it well. Stop fooling ourselves. Get real. Ignore those linguistic hypocrites.