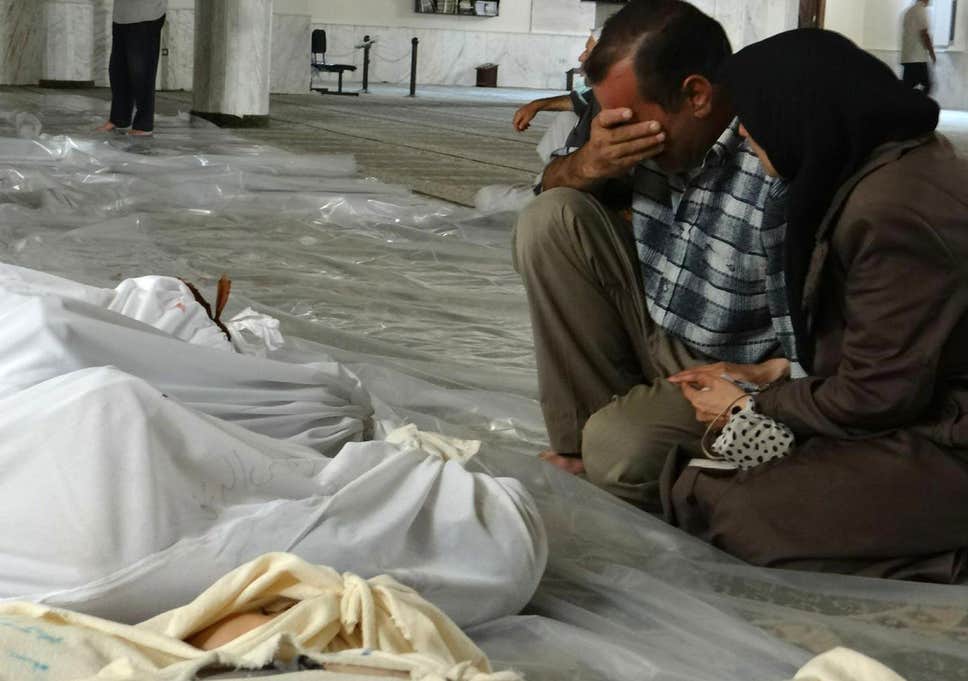 In the late 1960s and early 70s, the Sunday News newspaper published in Tanzania, East Africa, had a weekly column titled: “Catch the Criminal.” All it did was to narrate a story around a crime. The reader was supposed to follow it very critically and “catch the criminal before Inspector Carter does it.”

My memory clicked this column live as I followed accusations, denials and widespread reactions surrounding what has turned out to be charges leveled  against the Turkish Government alleging the use a chemical weapon christened (nothing to do with religion) White  Phosphorus on the Syrian population.

This is your time “to catch the criminal …”

As you start reading this critique, keep at the back of your mind the fact that in an extremely rare event, foreign affairs committee chairs in France, Germany, the United Kingdom (UK), the European Union (EU) and the US House of Representatives issue a joint statement condemning Turkey’s incursion into Syria as a military aggression and a violation of international law.  In essence, this is a statement of the NATO military alliance, of which Turkey is a strategic member. A stage has reached where they wouldn’t mind washing their linen in public.

It is October 16, 2019. More than 150 countries are celebrating the global World Food Day designated for solutions related to hunger and poverty. To the residents of war-torn northern Syria, however, it is a sad day to remember. Their menu of the day reads like “blasts served with white phosphorus”. And Turkish forces are alleged to be the hostesses (nothing to do with gender). Call them attendants, if it so pleases you. That is, to take a leaf from the famous French invitation courtesy.

Kurdish Red Crescent says six people have been admitted to hospital in Syria’s Hasakah Province with mysterious burns from ‘unknown weapons’ and that it was working with international partners to establish the truth.

Global defense and security editors are put on alert. International chemical weapons inspectors likewise. The children are high on their agenda; they constitute a major concern. A picture caption quotes Kurdish officials as accusing Turkey of ‘using unconventional weapons’.

The Organisation for the Prohibition of Chemical Weapons (OPCW) confirms its awareness of the incident and the fact that it was focusing on related information about “…possible use of chemical weapons”.

A day after the incident, Turkey’s Permanent Representative to OPCW presents a contribution of Euro 30,000 to the organisation, stressing on its significant role in the field of disarmament and international security and the fact it is the central actor in the chemical non-proliferation regime.

Former commander of the UK’s chemical, biological, radiological and nuclear regiment, Hamish de Bretton-Gordon, does not like to mice words. Don’t worry too much about the name. It is still possible to find “de-Bretton” in the UK. In Tanzania, we have it live in the world’s famous Selous Game reserve. Selous was a British (not French) World War soldier. The expert was quoted as saying: “The most likely culprit is white phosphorus …a horrific weapon …repeatedly used in Syrian civil war…”  The question that begs for an answer is, therefore: “Used by whom?”

The incident is alleged to have taken place in or around the border town of Ras al-Ayn but there are few confirmed details about what happened and whether civilians were deliberately targeted. Kurdish officials allege that this time it was used a few hours before the ceasefire of the civil war was announced.

White phosphorus is routinely held by militaries around the world and is used legally in combat as a smokescreen in daytime and as an incendiary to light up an area at night. But it is illegal to use it against civilians, because it causes serious and exceptionally painful burns on contact with skin. Informed knowledge also has it that White Phosphorous is most commonly used to tip artillery shells, whose fire can often be inaccurate.

A number of suspicious cases have been documented attracting calls on international organisations to mount investigations. “The burns types I am seeing here are very different to (from) those I would expect to have been caused by anything else than an incendiary chemical like white phosphorus,” one medical doctor was quoted as telling a newspaper.  “The chemical reacts to the moisture in the skin in a way that intensifies its burning, so that water cannot put it out.”

Turkey says the accusations are false. In the words of Turkish Defense Minister Hulusi Akar, “It is a fact known by everyone that there are no chemical weapons in the inventory of the Turkish armed forces.”

The minister’s strong denial notwithstanding, it has been revealed that Britain issued more than 70 export licenses over the past two decades for military products sold to Turkey containing white phosphorous.  A ban on these licenses was imposed a day before the incident –October 15.

Turkey signed the Chemical Weapons Convention on 14th January 1993, followed by its ratification and accessing on 12th May, 1997. The Convention bans the use of such weapons in civilian areas – the breach of which constitutes a war crime.

It is against this background that the whole world should throw its weight behind the demand of four US Congress women for a full and thorough investigation into the matter. There is every indication for some level of reluctance for a thorough investigation due to far reaching implications because what happened is one of the most atrocious and disturbing acts a government or military can take.

What made the UK delay in joining the ban on selling chemical weapons that could be used in Syria to Turkey? UK did this a day before the attack. Was this by accident or design?

Between the UK and Turkey, which country is saying the truth? Turkey denies any link with chemical weapons. The UK is talking of issuing and withdrawing related export licenses to Turkey.  Which export business was being licensed?

Who can rule out the possibility of the aircraft used in the chemical attack being of US origin?

The US Special Representative for Syria Engagement, Ambassador James Jeffrey, with whom the demand has been lodged, is on record for having told members of the House of Foreign Affairs Committee that he was just looking into these allegations. Does this sum up to seriousness?

How many angels are on the payroll of the Organisation for the Prohibition of Chemical Weapons (OCPW)?  With a Euro 30,000 capacity building contribution from Turkey, one day after the attack, how can its experts escape from finding themselves simply “monitoring the situation”?

As Representative Ilhan Omar and other Representatives — Karen Bass, Chair of the Sub-committee on Africa, Global Health, Global Human Rights and International Organizations, Juan Vargas, and Sheila Jackson Lee – demand, there is need for “a full, impartial and multi-lateral investigations into the allegations of chemical weapons use by Turkey in Syria.”