CHILDREN – THE REAL VICTIMS OF YEMEN 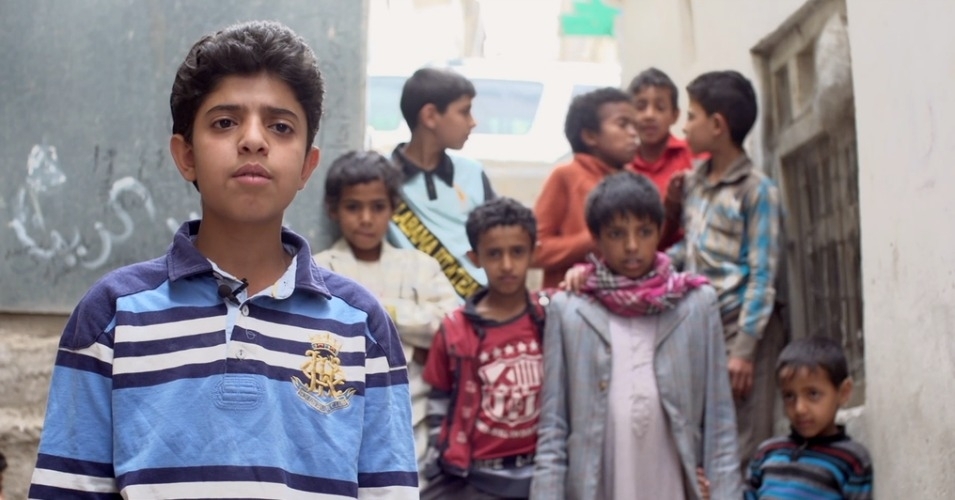 Yemen has been one of the important conflict zones for the confrontation, which is spread throughout Middle East, between Saudi Arabia and Iran for the last 4 years. While Yemen is the main stage for the everlasting conflicts, the “war by procuration” carried out by Saudi Arabia and Iran over Yemen continues without pausing.

The official name of the country is Republic of Yemen, and the capital city is Sana’a. The coastline of the country covers both Gulf of Aden and Red Sea, and Yemen is a poor Arabian country, which is the western neighbor of Oman, and southern neighbor of Saudi Arabia, covering a total area of 528 thousand kilometer squares with 27 million population. The country, which does not have any oil or natural gas resources, has a strategic importance inflicted with regards to controlling the international sea routes due to their geographical location, which lies on the entry of Suez Canal through the Indian Ocean. The very fact that Saudi Arabia shares a very long southern border with Yemen, the country’s importance is far more superior for Saudi Arabia than any other country.

How Did The Civil War Start?

The effects of the Arab Spring in Yemen is not any different than any other Arab countries such as Syria or Libya. The date of the uprising against the Ali Abdullah Saleh regime corresponds to the same period.

Ali Abdullah Saleh, who was overthrown after the Arab Spring, had been in power as the first head of state for 22 years until 2012. Saleh was forced to resign and flee to Saudi Arabia in the beginning of 2012 as a result of the demonstrations in the country, which had turned into violence movements after Saleh ruled his people with an iron first, just like they do in any other Arab countries.

An order got off the ground where the state institutions collapsed, also the sectarians and tribes came into prominence. The civil war in Yemen began when the Houthis, who are affiliated with the Zaidi tribe which is considered a branch of the Shiites, revolted in the north of the country and started to clash with the Sunni tribes. Stability has never been provided in Yemen after the uprising.  A government crisis broke out. Houthis gained dominance in a very important part of the country. They captured the capital city, Sana’a, and took over the power. Houthis captured the southern cities such as Taiz very quickly and surrounded Aden, while the Army of Yemen dispersed. Thereupon, a coalition was created with the leadership of Saudi Arabia. Saudi Arabia formed an air force to intervene in the civil war in Yemen. Many Arab countries such as Egypt, Morocco, Sudan, and Bahrain directly contributed. Although the bombardment of the coalition forces stopped the advancing of the Houthis, it was not enough to push them back. Upon the Houthis started fighting around Aden, a direct intervention by the Saudi Arabia was not delayed. The blitz carried out by Saudi Arabia together with its allies prevented Yemen to be captured altogether by the Houthis. However, the civil war between the Houthis and the forces of President Mansur Hadi became even more intensified. On the other hand, the al-Qaida of Arabian Peninsula and other radical groups started to capture the eastern side of the country. The conflicts, which has been ongoing for the last 6 years, increasingly continued.

There are two governments formed in Yemen today, differentiate as Sunnis and Shiites. This situation causes even more accusations raised both by Tehran and Riyadh, where they blame each other that the other party uses the sectarian and ethnic separation in the region in favor of their own foreign policy.

The government of President Mansur Hadi, which is directly backed by Saudi Arabia and its allies, is recognized by the international community, and represents The Republic of Yemen before the United Nations.

And the Shiite government formed by the Houthis is backed by Iran. While Saudi Arabia claims for a long time that Iran has been supporting the Houthis with weapons and ammunition aside from the political and monetary assistance, they also claim that the missiles, which were launched towards Saudi Arabia, were provided by Iran to the Houthis. Therefore, Saudi Arabia blames Iran for the missile attacks.

Who is the Loser in this War?

Thousands of people lost their lives in Yemen as a result of the everlasting conflicts between the Houthis and the government. Epidemics rise every day in the country since there is no access to fresh water, malnutrition is widespread, and there is a big shortage for medicine and medical equipment. Cholera and diarrhea are the main epidemics.

World Health Organization announced that the country, where the shooting-war continues aside from the malnutrition and high death ratios, is on the eve of a new cholera wave. World Health Organization called for the parties of the conflicts and stated that they are expecting a cease-fire in the northern side of Yemen due to the fact that they want to provide vaccine for the potential epidemic. UNICEF had revealed through the social media a month ago that the cholera epidemic claimed thousands of lives in Yemen.

According to the report published in June by UNICEF, while 5 children were killed per day, more than 6000 children lost their lives in Yemen Civil War. 2311 people lost their lives just because of cholera throughout the last 13 months.

United Nations, and Humanitarian Aid Organizations makes a stern warning about the effects of the “humanitarian crisis” on the Yemeni people and children, which tends to get even more severe as a result of the ongoing civil war in Yemen.

On the other hand, UN and international help organizations point out that Al Hudaydah harbor is the main entry point for the necessary aid materials such as food and medicine, and the very fact that the conflicts around the city’s airport is only intensifying will result in effecting the humanitarian aid in a negative way in Yemen. The warnings of the international communities that the provided aid, which is already not enough in Yemen, will be effected because of the conflicts around Al Hudaydah, and the civilians will even face a far worse situation.

It seems very difficult to put the suggestions into action such as the continuation of the aid material deliveries and leaving the control of Al Hudaydah harbor area to UN under the circumstances at present.

The future is unclear for the citizens, who has been forced to face wars and instabilities for years in Yemen. Yemeni people are already living below the poverty line.

While the intervention of the external powers to the ongoing war in the country cannot manage to settle down the conflicts in the country, it also causes a big humanitarian crisis. On top of that, there is no sign that the civil war in Yemen is going to end anytime soon.

Geert Cappelaere, UNICEF’s Regional Director for the Middle East and North Africa, stated in Oman, capital of Jordan, that the war doubled the effects of “heavy malnutrition”, and added that approximately 2 million children do not go to schools, or cannot even find a chance. Cappelaere, who wants “the war against the children to be over now, not tomorrow”, said all of the 2500 schools in the country are unable to fulfill their main function, since they were either destroyed because of the war, or they are being used for military purposes, or for the accommodation of the refugees.

As a result of the current affairs in the country, the actual losers of this war is poverty, starvation, epidemic, and the Yemeni children, who are the obliterated generation of an uneducated life.

Deniz Zengin is a journalist and doctoral researcher focusing on social policy, migration and refugees.