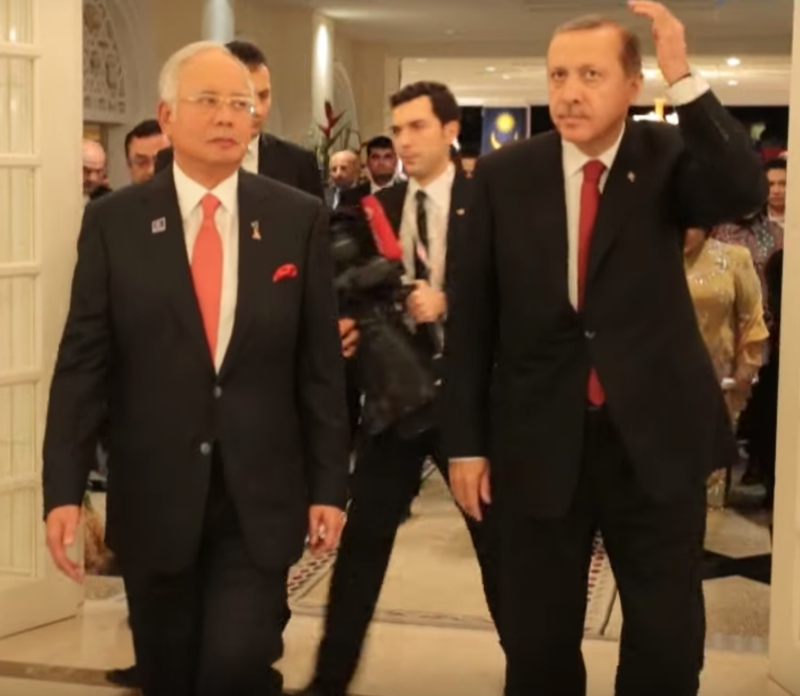 The regime of thieves (or Kleptocracy) is when a group of people, like a family or a political party, captures the whole administration and resources and systematically robs a country over time. In a ‘kleptocracy’ regime, which often takes place in countries without democratic norms and a strong law system, the whole of resources of a country are being destroyed over time and a country itself is being lead to chaos state that can result in country’s collapse and internal reckoning. Official status is used for covering corruption and bribery. The most concrete examples of the regime, described by political scientists as “the most dangerous form of government on Earth”, can be easily seen in Malaysia and Turkey.

In Malaysia, after ex. Prime Minister Najib Razak got lost his power following loss of the general election, it is seen that corruption-related allegations against him assumed enormous proportions. Early elections after ‘April 9’ in Malaysia and the following start of corruption-related operation against ex. Prime Minister Razak, his family and relatives, compared to the corruption-related investigations in Turkey on December, 2013, seem to be exactly like each other. Millions of dollars and a huge number of diamonds, placed in the boxes, were confiscated during the operation against ex. Prime Minister Razak. Pictures of millions of dollars and lots of diamonds, which were confiscated during the operation, were shown on Malaysia’s state television.

Najib Razak, after becoming Vice Prime Minister on January 7, 2004, took the Prime Minister’s place on April 3, 2009. Najib Razak, who was also for a long time the leader of United Malays National Organization (UMNO), effective for 60 years at total, was a politician connected to corruption from his first day in office until today. There are many points in common between the ex. Prime Minister and Mr. Erdogan. Their  close friendship is known by the public.

Both of the leaders are persons who have passion for money and power. The system of Asset Fund, founded by Mr. Erdogan in August of 2016, resembles the “1MBD” Fund, founded by Mr. Razak in 2009, in which he came to power in his country. The purpose of such leaders, who create so-called development funds, actually aiming to dispose the country’s resources without audit and reporting, is to systematize corruption in their countries. This system being new to Turkey, has been working in Malaysia for a long time. The American prosecutors took the suspicious money transfers through this system, since 2009, under investigation and carried out the investigation related to money laundering of millions of dollars by Najib Razak’s “1MBD” Fund. The investigation had started, related to international money laundering traffic that had been revealed in 2013, at the same time with the investigation held by Malaysian law system. The money laundering-related investigations against “1MBD” Fund, founded by Najib Razak, are held in at least six countries, especially, in Sweden, Singapore and the USA. The American authorities believe that money laundering of about $4.5 billion took place via “1MBD” Fund, with the help of a financial officer being close to the family of Najib Razak. Some sources state that the money received by Mr. Erdogan by means of corruption and bribery are also in this system. Malaysia has always been the country Mr. Erdogan visits the most. It is being emphasized that Mr. Erdogan performs secret investments in Malaysia and a part of the money earned by means of corruption had been possibly used with the help of Mr. Razak’s power and shown as invested by other people. This might be the actual reason behind the rushed call with congratulations from Mr. Erdogan to the newly elected Prime Minister, Mahathir Mohamad.

Not only them being related, at the same time, the decisions taken by them both after the corruption-related allegations, resemble each other a lot. Both of the leaders used their relatives and environment in order to hijack the money, obtained by means of corruption and bribery, from the international system. Against both of the leaders, there are investigations held in both their home countries and the USA. The main points of those investigations are the alleged money laundering and falsifications by abusing the international banking system. Another striking feature, which is common in the two leaders, are their reaction to the alleged corruption. Both politics had the prosecutors, who led the investigation for corruption and the related safety officers, gotten dismissed and arrested. At the same time, both leaders preferred to get their opponents, who talked about the investigations, taken in prison for various framed-up cases.

It is also interesting that both Najib Razak and Recep Tayip Erdogan were close to the Saudi Arabia’s King. Especially, for a long time Turkey’s society talked about the bribe under the name of $100 million donation from the royal family of Saudi Arabia to TURGEV foundation belonging to Mr. Erdogan’s son Bilal Erdogan, in return for the illegally issued reconstruction permit for Mr. Erdogan’s landed property in Istanbul, known as Sevda Tepesi. Likewise, the news of the $681 million transfer from the royal family of Saudi Arabia to Najib Razak’s personal account had sat on the world’s agenda. Both of the leaders are ambitious persons that do not hesitate taking very big bribes in return of performing the illegal actions in their countries.

In the morning of December 17, 2013, same as in Malaysia, the boxes with millions of dollars and euros were revealed belonging to the children of Turkey’s Prime Minister of the moment and also in the bureaucrats’ houses. In the morning of December 17, 2013, Mr.   Erdogan and his son Bilal Erdogan rushed to make a phone conversation. During the call, Mr. Erdogan instructed his son to get the money, supposedly about $2 billion that were in the son’s house, disappeared. During the day Bilal Erdogan secretly transported, and in this manner hijacked, the money. It is known that at the time the safety officers in charge of the corruption-related investigation were technically tracking Bilal Erdogan, while transporting $2 billion. One of the police officers in charge of the corruption-related investigation had recorded the money transportation on camera, to be used as criminal evidence; but those records steel have not been shown up. The most important reason behind the materials staying unrevealed was that on the same day Mr. Erdogan got all the law enforcement officers, who revealed the corruption, dismissed, arrested and taken to prison. The law enforcement officers were being under arrest for 4 years now.

The Turkish public was curious about the future of the money that were hidden in Erdogan’s house on December 17, 2013, and later hijacked. The answer, received during a conversation with the persons in charge of the corruption-related investigation against Bilal Erdogan was “Had we entered Bilal Erdogan and Tayyip Erdogan’s house at that day, probably there would have been an armed fight and some deaths taken place. For that reason, we were only contented with following”.

It caught everyone’s attention that Mr. Erdogan’s first visit in those days was to Malaysia. The deputy of Republican People’s Party Sezgin Tanrikulu and some other leading politicians alleged that this spontaneous visit of Mr. Erdogan to Malaysia was aimed to carry the $2 billion of hijacked money from his house abroad as well and to take them to Malaysia.

After the above mentioned date in 2013, during the period of ex. Prime Minister Razak’s service, the corruption and bribery-related investigation against him and his family started, but he got the prosecutor and police officers in charge of the investigation all dismissed. Allegedly his relatives had spent billions of dollars on jewelry, masterpieces of art, luxe real estate assets and gambling. Mr. Razak’s stepson, Riza Aziz, was the producer of the movie “Wolf of Wall Street” starring Leonardo DiCaprio. On accusation of Najib Razak spending $700 million from the state fund on his debts, his opponents also sat on the target.

The opposition politicians met the decisions, taken in order to cover the corruption, with a strong response. At this time Mr. Razak released new legislations in order to save the political pressure on himself. Malaysia’s ex. Prime Minister Razak had taken the actions, resembling the OHAL (State of Emergency Regulations) by Mr. Erdogan, and this way, based on the Internal Safety Law, got the opposition politicians imprisoned.

In 2015 the opposition leader Enver Ibrahim, dissenting him, was charged with “homosexual relationship”, arrested and sentenced for 5 years. The reasoning behind that was Mr. Ibrahim’s dissident rhetoric, which was claiming for economic and political reforms. Any further step, taken by Mr. Razak in order to stay in power and cover his corruption, triggered the dissident wave more and more. After his loss of local election, all the corruption-related files again went up in the light.

Mahathir Mohamad, the 92-year-old leader of the opposition alliance Harapan Rakyat (“The Hope of the People”) that won the election, got the new prosecutor and safety officers assigned, and they started the corruption-related operation.  The picture, similar to the one in Turkey on December 17, 2013, took place in Malaysia as well. The Ministry of Immigration of Malaysia had issued a travel ban abroad for Mr. Razak and his wife Rusma Mansur to prevent them from fleeing the country.

No matter how far Mr. Erdogan runs away from giving account of his corruption, the current bringing of ex. Prime Minister of Malaysia Najib Razak to justice is a sign of the end that awaits Mr. Erdogan as well. 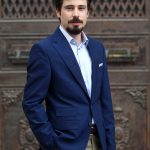 Kamil Maman
Kamil Maman is an author and one of the best Turkish investigative journalists in exile.
RELATED ARTICLES
Experts