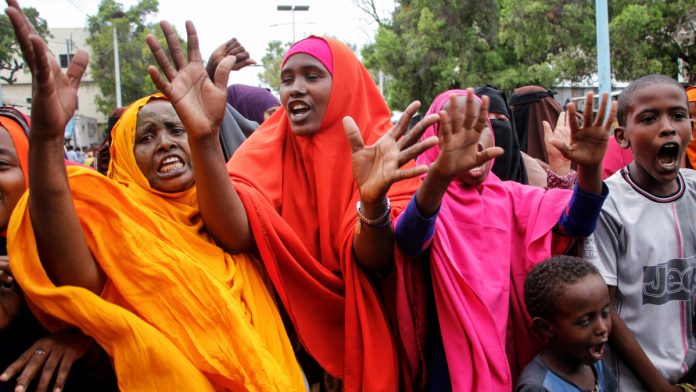 Corruption has left refugees most vulnerable to the Covid-19 pandemic in Africa which is experiencing a late surge of the disease with   infection numbers souring over the 500 000 mark.

Africa hosts 25.2 million refugees and internally displaced people in four of the world’s six largest refugee camps. The migrants’ situation is getting worse since the outbreak as these camps are underfunded and refugees are less likely to receive health care.

Large refugee camps in Uganda, Tanzania, Ethiopia, Kenya and many other countries in the continent pose great risk for transmission of the Covid-19 due to  overcrowding, lack of water, hygiene facilities and sanitation.

The United Nations High Commission for Refugees (UNHCR) and the World Food Programme (WFP) are repeatedly warning that severe underfunding, conflict, disasters, rising food prices and loss of income during the pandemic threaten the lives of millions of refugees across Africa.

UN High Commissioner for Refugees, Filippo Grandi said millions of children may develop life-long difficulties if deprived of food at vital stages in their development. UN reports show that 62% of children are experiencing critical levels of anaemia in Ethiopian camps.

According to the WFP, Bidibidi settlement in Uganda, one of the world’s largest refugee settlements, received 30% less rations in April due to lack of funding.

The WFP’s assistance for refugees from the Central African Republic in Cameroon dropped by 50% in May and June.

WFP statistics shows that average food prices increased 15 percent in the Republic of Congo and 27 percent in Rwanda in April 2020 compared to 2019. The deteriorating situation forced refugees to skip meals or reduce meal portions.

South Sudan is another place where more than 80 percent of refugees are estimated to be resorting to such measures.

WFP announced that it needs US$ 694 million for the next six months to support its aid operations in Africa and UNHCR is requesting US$227 million for life saving interventions on the continent.

While many governments exclude refugees from Covid-19 aid, corruptions is another barrier that prevents displaced people from receiving basic food assistance. Sahrawi refugees’ plight is a heart-breaking example of how corruption destroys the lives of refugees. European Parliament (EP) members recently questioned the embezzlement of humanitarian aid for Sahrawi refugees in Algeria’s Tindouf camp. Following the several EP members’ harsh criticism, EP drafted a resolution recently denouncing the continuation of this fraud and calling for an audit of European aid diverted by the Polisario Front and Algeria. Polisario Front is seeking the independence of Western Sahara from Morocco.

Bulgarian Member of the European Parliament Ilhan Kyuchyuk accused Polisario Front of exploiting the humanitarian situation in Tindouf Refugee Camp in Algeria to get more funding from the European Union.

An EP draft resolution also criticised that Algeria is said to have levied a 5% tax on this aid and to have refused recurring requests for a refugee census made by the United Nations High Commissioner for Refugees in 1977, 2003, 2005 and 2015.

Independent organisations estimate that between 70,000  to 90,000 refugees live in the camp but Polisario Front shows Tindouf population is around 170 000 in a bid to get more funding from EU.

The European Anti-Fraud Office (OLAF) firstly exposed the corruption in the camp in its 2015 report which covered a four-year investigation between 2003 and 2007.

Bjorn Hultin, vice president of the Brussels-based aid NGO, CESPASO mentioned to EU  that European humanitarian aid that is sold in Mauritania supported with clear and sharp photos of the European flag.

“I can confirm that this is not the first time, said Hultin.

Covid-19 virus doesn’t differentiate nationality and race but target all humanity. Many immigrants lost their jobs and they are not eligible for economic relief provided by the states. Migration has changed extraordinarily in a short time. Since the outbreak hit 52 African countries, many of the countries introduced strict migration measures and closed borders.

The International Organization for Migration describes that the COVID-19 outbreak is the largest mobility crisis the world has ever seen and assisting refugees will reduce the spread of coronavirus.