HomeExpertsCoronavirus pandemic has given the State new lease of life
Experts

Coronavirus pandemic has given the State new lease of life 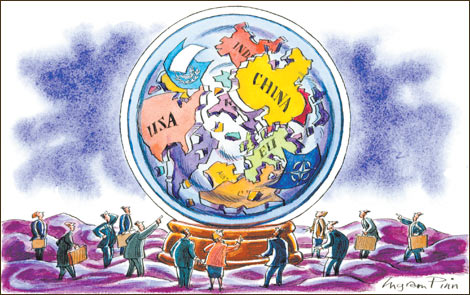 No single happening has ever exposed the importance of the state to the people more than the coronavirus pandemic. As a concept, the state has been under so much internal and external threats that its ability to meet its primary obligations had become questionable.

Coronavirus has given the state the opportunity to redeem itself.In its Westphalian logic, the state was the alpha and omega of political and administrative divisions.

Rulers had sovereignty to do as they willed. They also developed rudiments of international law on how to behave outside Europe as they grabbed African territories that became colonial states and later independent with Westphalian trappings.

Their legitimacy, as states, came from the United Nations, the post-World War II American creation.Many new states, however, did not enjoy much sovereignty because of remaining neo-colonial strings that tightened in the latter part of the 20th Century.

Forces of globalisation, domiciled in a few powerful countries whose interests they tended to project, de-bordered and virtually made the state irrelevant. In de-bordering, such forces pounded the state from many sides, thereby making states mere pawns in big geopolitical power plays. An impression developed that the state was negligible to people.

With coronavirus, that began to change. Coronavirus is a probable product of American-Chinese laboratory collaboration at Wuhan. The collaboration started in 2015 after the Centre for Disease Control decided to outsource the experiment to China.

Flights in and out of China continued to Europe and North America as citizens turned to their governments for help, either to be airlifted back home, or to be guided on what to do. There was a rise in negative nationalism, giving chance to rulers with dictatorial DNAs to launch repression in the name of coronavirus.

Despite the effort by the World Health Organisation to give global direction, people felt alone and abandoned. In looking up to the state to save them from the invisible enemy, citizens surrendered some of their presumed rights, which they had acquired with globalisation and the spread of democracy.

Western states with high frequency air transport received heavy doses of coronavirus. They have all, except Sweden, copied the Chinese example of lockdowns, social distancing, and hand washing. Still, the death toll and infection rates keep on going up even as the people demand more stringent measures.In no country has the number of the infected and the dead skyrocketed as in the United States.

As a state, the US failed to meet its internal and external obligations at the time that the Americans needed their state. America lost about 50,000 people in their 20-year misadventure in Vietnam. It has lost about the same number to coronavirus in less than three months. The greatness that should have been American by leading itself and the world out of a health crisis is quickly frizzling. This is in part because President Trump is in denial and unable to act decisively. Most important, he has disappointed state governors who looked up to him for leadership.

While big states showed indolence and serious lack of public policy even as they purport to lead others, people in small states also turned to their leaders for help. Some states, including Kenya, are displaying ‘dictatorial happiness’ beating up people in the name of controlling coronavirus.Several African intellectuals, scattered all over the world are beseeching African leaders to seize the coronavirus moment and create united fronts to liberate the continent.

Each African leader, however, is busy ruling his or her state the way they want. Despite the AU, the leaders are rarely in agreement. Rulers in some states, in adopting China’s strategy of lockdowns, social distancing, and hand washing have become abusive to citizens.

Coronavirus has given the state, as a global political and administrative organ, the chance to justify itself. How will it fare? Its ineptitude inadvertently will build reservoirs for socio-political discontent. We should not wait for that.