HomeHeadlineCould Erdogan regime be the Calculus of politics?
HeadlineTop Stories On Turkey 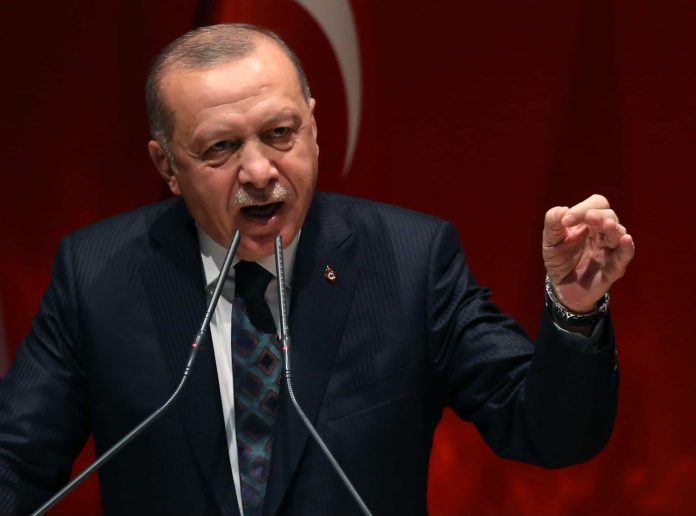 Copy tasting the barrage of information arriving on my desk in connection with what has been taking place in Turkey politics during the second decade of President Recep Tayyip Erdogan rule, in particular, my mind is taken back to the early 1960s when some of us, upon completion of the “Alternative A” Mathematics syllabus well ahead of schedule, were introduced to the subject of Calculus. I wonder whether the Erdogan regime had not actually developed into a Calculus case from the domestic and global politics perspective.

Why did I come to this conclusion? I make my case in two instalments.

Generally, Calculus is described as the branch of Mathematics that deals with continuous change embodying three types –differentiation, integration and the function theory – and is built on four concepts made up of the mentioned types plus limits because whatever is done is subject to limits. What was interesting at that time, to us, was the amount of deeper thinking Calculus demanded beyond the regular subject lessons of Algebra and Geometry.  It was just like what Theology is to Philosophy — challenging and prompting the student brains to think beyond cause and effect and transcend Darwin’s five theories of evolution.

Turkey, particularly in these years leading to the forthcoming presidential and parliamentary elections, has seen Erdogan develop into an autocrat benefitting from the illusion he projects as being indispensable to maintaining stability, which in turn seemingly justifies his oppression and widespread human rights violations committed toward achieving that end. To come to grips with all this, one has to do a lot about Erdogan’s (mis)behavior limits, differentiation, integration and the function theory, which is what Calculus entails.

As the Human Rights Watch (HRW) rightly observes in its 2022 report covering some 190 world countries, “human rights crises do not arise   from nowhere. Governments that fail to live up to their legal obligations to protect human rights at home sow the seed of discontent, instability and ultimately crisis. Left unchecked, the egregious actions of abusive governments escalate, cementing the belief that censorship, corruption, impunity and violence are the most effective tools to achieve their aims. Ignoring human rights violations carries a heavy cost and the ripple effects should not be underestimated.” This is Turkey, I imagine.

It goes on to warn that but this “stability” driven by the endless quest for power and control, infects and erodes every pillar needed for a functional society based on the rule of law. The result is frequently massive corruption, a broken economy and hopelessly partisan judiciary. Vital civic space is dismantled, with activists and independent journalists in jail, in hiding, or fearing retaliation.  I say to myself: “What else can one say about Turkey?”

While every government has the obligation to protect and promote respect for human rights, what we see in Turkey is President Erdogan’s authoritarian rule targeting its perceived   critics and political opponents and exerting strong control over the media and the judiciary and more so now in the run-up to parliamentary and presidential elections. Erdogan’s move is motivated by domestic policies and the tough race he faces for reelection. I am convinced: “Isn’t this is the sum total of Erdogan’s (mis)behavior?”

On the domestic scene, hardly six months to the polls day, Turkey Finance Minister Nureddin Nebati confirms “the lira lost 44% of its value against the dollar in 2021. It declined (to) another 30% in 2022 but held most stable in the last quarter … There is a clear picture emerging when we compare the performance of our economy with other countries in the first three quarters. During this period, China has grown at the rate of half of ours, while the US and Germany (have) grown at a rate that is less than half of ours…” To keep the electorate happy, the minister skips the mention of the   function of inflation on the people’s living standards translating into a badly run economy when the story is self-evident on the ground.

The second largest opposition party, pro-Kurdish People’s Democratic Party (HDP), the subject of a closure case, has petitioned the Constitutional Court for the conclusion of the case to take place after the elections. The court also has the option of dissolving the party or banning some of its members from politics if it rules against the HDP. There isn’t much to expect in the present circumstances. If the same court has already frozen government funding for the HDP, what could be difficult about banning it? After all, through Calculus one can establish Erdogan playing the role of the ‘chief justice’, dictating the limits in the background. The principle of Greek Philosopher Aristotle, who died 322 BC, that “the goal of the law giver is the virtue of his citizens” has yet to find room in Turkey more than 2,020 years after Christ.

Reports reveal some Syrian refugees appear unwilling to return home as long as President Bashar al-Assad remains in power, fearing persecution, others already feel the chill of the experience of having to start life anew. One says: “This worries all Syrian refugees in Turkey especially those opposed to the Syrian regime and those wanted by security forces. The fear of handing them over to the Syrian regime is increasing day by day. Is it possible to join a society that rejects you?”  Another argues: “If I am deported to Syria, regardless of the area, whether it is controlled by jabhat al-Nusra or the factions affiliated with Turkey or the Syrian regime, I will be killed.”

Still on the regional stage, there is a development that can hardly escape a Calculus slot.  Called the Astana Process, which has UN backing linking Iran, Turkey, Syria and Russia, among others, ensures Iran does not circumvent an arms and oil embargo. What has happened in front of the nose of the members? Iran has supplied arms to Russia in respect of the Ukraine war. A bank linked to Ankara has been established to be behind the export of Iranian oil and money laundering in favour of Teheran.  For whom does the Astana Process really work? Another Calculus case?

President Erdogan has inaugurated the largest library complex in Istanbul to serve as a cultural centre for book lovers. “The Rami Barracks” which we have renovated as a library has an important place in our country’s history in the past 200 years,” he said.  He was right. The complex aims to raise awareness of reading more, and is imagined as a unique “book valley” in the heart of Istanbul.

Built in the period of Sultan Mustafa III (1756-1774), renovated and expanded by Sultan Mahmud II between 1828 and 1829, it served as Sultan Abdulmecid’s military headquarters during the Crimean War and gained their last form during the reign of Sultan Abdulmecid II. They continued to serve the army during the first years of the Republic ending the military role in the 1960s. The complex was transferred to Istanbul metropolitan in 1980s, was used as a parking lot, football and sports field and food warehouse.

All said, via Calculus, how does this tally with the closure of schools, universities, dormitories and sacking of teachers deemed critical to Erdogan’s rule? That is, after completely ignoring the unimaginable burning of textbooks deemed to have Gulen movement links? This cannot be in consonance with the building of a reading culture or the imagination of a unique “book valley” in the heart of Istanbul.  Could this, instead, be part of the cheap plan to secure more votes for Erdogan in the coming elections?