HomeExpertsCould the Azerbaijani-Armenian clashes spill over into Iran?
Experts

Could the Azerbaijani-Armenian clashes spill over into Iran? 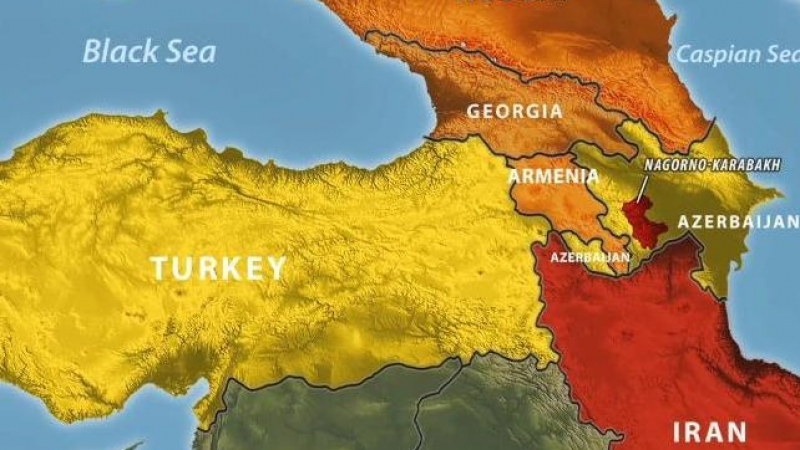 Debates over whether it was Baku or Yerevan who prompted a full-out war in Azerbaijan’s breakaway region of Nagorno-Karabakh is meaningless as the recent re-escalation indicates that the dormant conflict has flared up again in the region.

Azerbaijan and Armenian troops have been fighting over the landlocked mountainous region of Nagorno-Karabakh since the cessation of Soviet rule in 1988. Whilst Karabakh is internationally recognised as Azerbaijan’s territory, the region consists of a predominantly Armenian population which have not recognised Azerbaijani rule for over a century. Russia, France and Iran support Armenia, whilst Azerbaijan is backed by Turkey.

The crucial question remaining is whether the conflict will extend to Iran, a country with an ethnic Turkmen population of over 30 million?Since clashes broke out last Sunday, Armenian Defence Minister Artsrun Hovhannisyan confirmed  that the Azerbaijan military losses  had exceeded 3,000 with 700 others wounded, the Armenian Defence Ministry further stated that Azerbaijan’s 50 drones, six helicopters as well as 3 jets had gone down with 80 tanks being destroyed.

The Azerbaijani government declared a state of war in certain regions amid border violations and attacks by Armenia in the Nagorno-Karabakh. The Government has since clashes on Monday also organised a partial military mobilization. Azerbaijani casualties are yet to be made public with both sides accusing the other of targeting civilians.Christian Armenian and Azerbaijani Turks live in the Karabakh.

Following  World War I, the new Bolshevik Soviet rulers established the Nagorno-Karabakh Autonomous Region occupied at present by Christian Armenian as well as Azerbaijani Turks. During the late 1980s, Soviet control within the region began to loosen and more than 30 thousand people lost their life in Azerbaijani-Armenian conflicts over Nagorno-Karabakh in 1990s . An ethnically Armenian part of Azerbaijan, Karabakh declared itself an independent republic in 1991 following the dissolution of the Soviet Union.

Karabakh Armenians have continued occupying more Azerbaijani territories outside Karabakh trying to create a buffer zone linking Karabakh to Armenia. One may argue that Baku’s aggression towards Armenians prove that Azerbaijanis have not forgotten the Khojaly massacre of 1992, wherein the mass murder of at least 600 ethnic Azerbaijani civilians by Armenian soldiers occurred.The Organization for Security and Co-operation in Europe (OSCE) formed the MINSK group in 1992 intending to to end the conflict.

Despite  MINSK which is co-chaired by France, the Russian Federation and the United States signing a truce in 1994  they failed in efforts to end the conflict and bring peace to the region. Belarus, Germany, Italy, Sweden, Finland, Turkey, Armenia and Azerbaijan are permanent members of the group. MINSK co-chair in a statement last week urged “the fighting sides to end the conflict and strongly condemn the use of force and regret the senseless loss of life, including civilians”.

On the other hand, Turkish President Erdogan has criticised the Minsk group by stating that “Especially the so-called Minsk trio America, Russia, France and their seeking of a ceasefire in the face of this negative situation, which has been reflected these days because they have neglected this problem for nearly 30 years, is above all not acceptable”.

In his address to Turkish Parliament on Thursday, Erdogan blamed Armenia for the Nagorno-Karabagh attack and warned that the crises which started with the occupation of Crimea in the Black Sea can intensify again at any time.Azerbaijan has during the last two decades spent a substantial amount of money on strengthening its military systems with an objective to assume control of the land occupied by Armenians.

President Aliyev has vowed to continue in efforts against Armenians for the settlement of the Nagorno-Karabakh thereby restoring the territorial integrity of Azerbaijan.According to several Turkish media agencies, Azerbaijan President Ilham Alivey also warns that Baku can mobilise ethnic Azerbaijani Turks in Iran if Tehran is to support Armenia. Although Iran supports Azerbaijan’s territorial integrity, Tehran is not comfortable with Baku’s close relationship with Israel. Azerbaijan has also accused the Tehran government of being a transit point for arms transfer into Armenia. Historically Persian influencers have been active in the region and the current conflict is of major concern to Iran. The Iranian Parliament Speaker’s Special Aide for International Affairs Hossein Amir-Abdollahian called for an immediate end to the war in the Nagorno-Karabakh region by stating that the complete security of Iran’s borders is one of the most important priorities of the Establishment. Amir-Abdollahian warned that the presence of “Takfiri terrorists” in the Nagorno-Karabakh region is a threat to peace and security and Iran won’t hesitate to defend its borders.

The Iranian Foreign Ministry rejected some media reports that Russia had sent three of its MiG-29 fighters to Armenia using Iranian airspace. Whilst Iran rejects helping Armenian military, Azerbaijan is receiving military support from Turkey and Israel. The Jerusalem Post reports that Azerbaijan uses the Israeli LORA missile in conflict with Armenia. According to the newspaper, Baku has become the first and only confirmed recipient of LORA missiles through an arms deal with Israel in 2018.

In recent years, Azerbaijan has developed a strong relationship with Israel and currently supplies The Jewish state with an estimated 40% of its oil needs. Baku is said to be importing drones, missiles and other advanced weapon systems from Israeli owned defence companies.Baku based Southern Azerbaijan National Awakening Movement (SANAM) advocates self-determination for Azerbaijanis of Iran. The group promotes the struggle for the political rights of Azerbaijani Turks in Iran and have successfully organized its General Assembly in Ankara, on February 4, 2012. Turkish patriotism is on the rise in Iran and many Azerbaijani Turks refer to Iran’s north as southern Azerbaijan.

Despite Iran having denied sending arms to Armenians, ethnic Azerbaijani Turks in Iranian cities Tabriz, Ardabil, Urmu, Sulduz and Zanjan protested against the Tehran government. Erdogan’s government who had mobilised ethnic Turks in Syria, Iraq, Balkans, and Libya, now turns its attention toward the 30 million strong Turkic population in Iran.