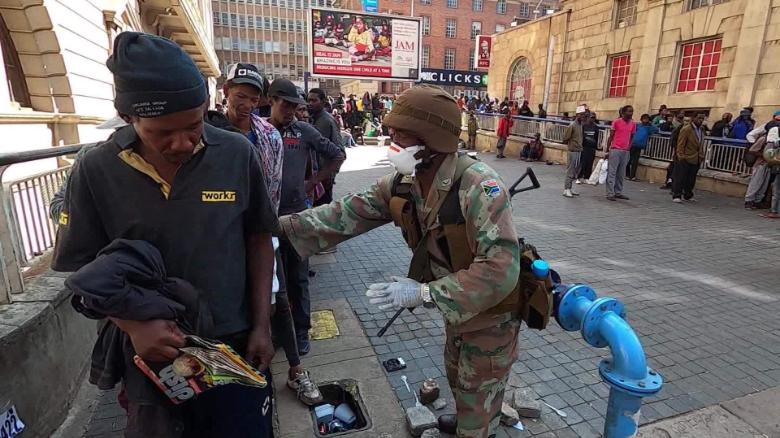 In global media houses, the good practice is news editors sending staff and non-staff members to the various beats. But when it gets to the point of subscribers usurping this power, then you know that is where the story lies. Somewhere, the man is biting the dog!

“Baba (the father of) Mbaga, Italy: 11,591 deaths … China 3,314… Spain 7,716…USA 2,988… Africa 23… And the world want(s) to start testing CORONA vaccines in Africa? Why? (The) African leaders must fight against this if the allegations are true!!! Politurco can verify and create awareness to educate the African countries and the world…”

Thus ran a message (assignment) from a US-based African Politurco reader to me, in Africa.  This was more than a polite can-verify request. Or more precisely, a must-verify request. In good English, tallying with indigenous African protocols, it was an order.  In the language of commerce, they say: “The customer is the king.” And since when has the king’s request fallen short of being or ceased to be an order? From today’s perspective of running country affairs, a presidential decree is law, only second to the national constitution.

Fortunately, in my daily global affairs monitoring, I had landed on this COVID-19 development from a Paris dateline in France. What struck me was the fact that it came from medical scientists. I was annoyed.  This is inconceivable at this point in space and time. Using human beings (location notwithstanding) as guinea pigs and sparing the rats? For that matter targeting Africans at the time when the United Nations World Health Organization (WHO) Director General is African – from Ethiopia? What a slap in his face? What level of disregard?

I had vowed to get it from the horse’s mouth. What is WHO’s stand on the comments?  Facts of the case, to borrow from the world of prosecutors and judges, or problem statement among sociologists filing in proposals for project funding, two (medical) doctors access French Channel LCI. They are research director at the National Institute of Health, Camille Locht, and head of Paris-based intensive care at Cochin Hospital, Jean Paul Mira.

Mira argues: “If I can be provocative, shouldn’t we be doing this study in Africa, where there are no masks, no treatments, no resuscitation? A bit like it is done elsewhere for some studies on AIDS. In prostitutes, we try things because we know that they are highly exposed and that they do not protect themselves.”

From the horse’s mouth, the WHO Director General, Dr. Tedros Adhanom Ghebreyesus, condemns the comments as “racist”. “To be honest, I was so appalled. And it was a time when I said –when we needed solidarity. This kind of racist remarks actually would not help, it goes against the solidarity.

“Africa can’t and won’t be a testing ground for any vaccine.” He termed this as a hangover from the “colonial mentality…It was a disgrace, appalling, to hear during the 21st century …from scientists that kind of remark. We condemn this in the strongest terms possible, and we assure you that this will not happen.”

Besides Dr. Tedros, a lot of other condemnations emerge from many corners of the world –Africa in particular. Notable is one from famous Ivorian footballer Didier Drogba “to vividly denounce those demeaning false and most of all deeply racist words…”  Protestors are reported in the media as attacking and destroying a coronavirus facility that was under construction, tearing it apart with their bare hands and smashing construction materials on the ground in Ivorian Capital, Abidjan. And Nigeria Head of State’s daughter Aisha Buhari tells French doctors (and of course any others): “Africans are not Lab rats.”

The message is sent and delivered. “I want to present all my apologies to those who were hurt, shocked and felt insulted by the remarks that I clumsily expressed on LCI, ”says Jean Paul Mira.

There is a lot to pick from the echoes of this experience, proving the WHO Director General’s observations right. First, second and third echoes constitute the PR factor. The French National Institute of Health, where Camille Locht works as research director, initially dismisses (ignores?) some of the criticisms as social media misinterpretations.

Second, pressed by public opinion, it makes a follow-up (facelift?) statement that “Locht understands the emotions caused …linked to his lack of reaction to the proposals… and conditions (of the interview) did not allow him to react correctly, he apologizes and noted that he did not make any racist remarks…”

Third, but as an individual, Camille Locht still holds Mira was “right” when he responded to the doctor and also discussed a potential study in Africa using the “same kind of approach with the BCG placebos.” The Bacillus Chalmette-Guerin vaccine is used to prevent tuberculosis.

Subsequent echoes find their root in what Mahatma Gandhi shared with his kin as blunders of the world, leading to the creation of a society of violence.  Tagged “Seven Blunders of the World” they are: Wealth without work, Pleasure without conscience, Knowledge without character, Commerce without morality, Science without humanity, Worship without sacrifice and Politics without principle.  Like what Plato improved on his teacher, Socrates, Gandhi’s kin added the eighth blunder of the world when we claim a “Right without responsibility.”

Zoomed on the current COVID-19 pandemic, what members do we ‘diagnose’ through the Gandhi microscope constituting the SARS-CoV-2 set? Immediately we are confronted with a case of science without humanity – hiding oneself behind a health pandemic to disregard a fellow human being.

Such cases abound, touching every human need. People of the tropics are under the scourge of malaria, whose carrier is the mosquito. So scientists come up with biological control measures destabilizing the mosquito ability to reproduce. It is not until the project has reached an irreversible scale that we  learn it could as well interfere with human reproduction.

Ubi rex cibum est – meaning where there is king there is food. Multinationals hide themselves behind the food security concept. They come up with crop research programmes realigning seed genes. They develop seed with specific characteristics. The next stage is to demand copyright.

Unsuspecting ‘beneficiary’ countries find themselves enslaving their agricultural systems. It becomes a crime punishable by law for their people to be found in possession of any seed that is not certified when their country cannot even issue a license! So, in the process of mounting food sufficiency programmes, countries find themselves trapped in a seed-dependence network. In the end are conflicts between multinationals and (small) farmers. This has happened in West Africa, Brazil, India and Indonesia, to give just four examples.

Since 2012, ten African partner countries have been trapped in the G8 New Alliance for Food Security and Nutrition (NAFSN) to help 50 million people out of poverty and hunger through the orchestrated public-private partnership. The initiative is supported by the EU, the US, the UK, the World Bank and the Bill & Melinda Gates Foundation. The pertinent question that remains in this arrangement is: How will this happen through seed slavery?  Do we want to repeat the story of the scriptures about the immaculate conception of Jesus through maculate processes?

What the French doctors suggested about COVID-19 tests in Africa should serve as an eye opener to the African leaders. Otherwise, what do you think of the following school of thought? It holds that the official policy of the American government towards Africa until today remains to reduce the population.

It is not only the question of providing clean water and education but also contraception and abortion. Why? The continent has plenty of mineral resources wanted in the US.

On a critical note, could this be the reason why those African leaders, who have chosen a different development path, have lost popularity with multinationals?

Africa has more pandemics than COVID-19. Some are economic. Others are political, human rights, name them. And it’s Africa itself that has the answers. Africa must look inward. It has all it needs for development. It’s a very rich poor continent. Why?  Africa must reject every form of being taken for a testing ground – not just for COVID-19 alone