Death of the Doctor

In addition to his scientific studies, Turkish Professor Haluk Savas left us a valuable heritage. This legacy is his own “story” he wrote by fighting. He wrote his story, which will live from generation to generation, with his own life as a lesson to humanity. Haluk Savas was neither the first nor the last person in history. His story was like the continuation of a story with numerous examples from Yusuf (Joseph), whose shirt was torn from behind, to Socrates …

Haluk Savaş, as the symbolic figure of innocent people who have been wrongfully accused of crimes they did not deserve, was the psychiatrist of Turkish society metaphorically, socially and literally. He was killed as a result of collective violence and indirect homicide. If you can endure reading this article, you will know if you are one of those involved in this crime or not. The accusation of terrorism charges to a person who devoted himself to the health of people is precisely a greatest psychological attack, because of this contrast. Here is the radioactive radiation of this contrast that creates a huge stress enough to disrupt the defense system of anybody.

Something is very remarkable; during this period, there have been a lot of people who got sick during the detention and imprisonments. Some had heart attacks, some had cancer. We will see the psychiatric outcomes maybe years later, but we have clearly seen how bodily diseases are related to severe psychological stresses.

The profession of a medicine is one of the most respected professions regardless of culture and age, because it contributes to the most basic need of man: his effort to survive. Although I am a physician myself, when I get sick, I remember the feeling I felt towards my doctor while I was in the role of a patient. I noticed that this emotion is very deeply rooted and similar to my past experiences of my childhood. The roots of anger not only to the doctor but also to all healthcare workers are based on the pathologies associated with the ‘caregiver’. Then what is it called if a society kills physicians who strive for their own health in all respects or individuals who have metaphorically a healing role? My answer is; indirect suicide or anger at the parents. Yes, ‘pathological attachment’ in childhood is the cause of early traumas that would go to the grave with individuals. Personality disorders occur as a result of these traumas.

If we look sociologically at the relationship of social, ethnic, cultural, religious, geographic groups in the society with the ‘State’, this exactly looks like the “insecure attachment” situation in the childhood. For this reason, ‘State’ had some paranoid, some timid, narcissistic, antisocial, schizoid, obsessive, anxious and some histrionic children. Although they are all quite different from each other, they all want the same thing to sit on the throne of the Mother-the State- and have her destiny. And this throne has a special spell that mesmerizes those who approach her and make them alike. The same processes keep repeating without stopping as if we are in a fairy tale. It is already a rule that ‘pathology that hasn’t been faced and the unresolved trauma of the past, come back stronger’. Of course, it will come back again, as in every decade.

In this article, I am trying to understand the attitude of a society and people towards such injustices, as someone trying to understand human psychology. I wrote what I have seen through the telescope of art, since we cannot unravel the secrets of the space of human soul. I would suggest those who want some awareness to look through the lens of the movie ‘Twelve Angry Men.’

As it can be seen in everything, evil also can be conscious, designed and direct, as well as unconscious, spontaneous and indirect. For example, a murderer can be sentenced to death or life sentence or acquitted in full according to this distinction. With an in-depth analysis, the ‘Twelve Angry Men’ tells us how we might be mistaken when we judge others and how we undertake for evil, unconsciously or indirectly. I think such films with such themes should be watched and analyzed in schools. I have no hope for these generations, but future generations will probably have the opportunity to get out of their mind boundaries.

There is a child in the movie who was accused of murder and all the evidences and his past indicate that he is guilty. The jury of 12 gather for the decision. Their decision will lead the child to death penalty by electric chair. As it is a very clear case, the members of the jury are sure that a decision will be made in a very short time. The weather is very hot. Juror 7 in particular is anxious to catch his tickets to the baseball game that will start a few hours later in the evening. All of them find the child guilty, but one person: Juror 8.  As the movie progresses, focusing on the details, it is revealed that the story is not exactly what it looks like. In fact, there are two stories, the first one is the story that the prosecution was designed to blame the child, and the other is the story that the child tells about to defend himself … Well, which of these should we believe?

The mind is like an eye and is easily deluded. Is it just mind? “Thoughts are like animals jumping out of the dark forest,” says C.G. Jung. And also, we have perceptions but how much can we trust our perceptions. Because perception is an active motion and our mind selects the stimuli and gets the most suitable for its design. That’s why mental patients believe in their own stories. But the main danger is distortions in the perceptions and thoughts of healthy people, because they will most likely have many believers.

Most of the people live in their distorted thoughts and perceptions, as in a prison fettered in their cognizance with a life sentence. There is no hope of escape for them. That’s why people believe the closest design in their minds. In the movie, a jury reflects the conflicts with his own son to the prisoner there. Actually, I can say very clearly; we all have a court set up inside of us, and we make someone else to sit on that felon’s dock to escape judging ourselves. What we judge is our own anger, our sins and our guilt. We seek purification by reflecting on someone else, but this purification is like purification of fire. However, without understanding that we are trying to purify ourselves with the flames of hell, our inner fire does not fade away. In order to break such a reflection in the movie, “think as if you are sitting in that chair,” says one of the actors. It clearly explains that surmise is a greater sin than murder. Gossip and slander also reflect our own sins to others, and it is also a purification of fire. However, humans are not purified by fire, only with a clear water.

Just as in the movie, the collective perception of the society, which is described as ” ‘collective conscience”, can sometimes be delusional. In this process, people chose to believe in the story of the lies that they are attached to suppress their own crimes without any certainty. They made their own puzzles from the slander pieces collected around without any definitive evidence. One day, they will face the fact that that puzzle, in fact, pictured their own image. That is why they will experience their every single slander one by one.

One of the basic rules of law I learned from the movie is that; every human is innocent unless proven otherwise.  Also, the concept of “reasonable doubt” is used not only for a crime but also for “innocence”. So, if there is reasonable doubt that someone is not guilty, you cannot declare him guilty. Yes, although it was determined by the court that Professor Haluk Savas was not guilty in this process, he could not get his job and health back. He had to fight to get his passport back to travel for his health. In other words, he was convicted of indirect death penalty, even though there were reasonable doubts about his innocence like thousands of other innocent people. He left by fighting and inheriting his own story. He is now an unforgettable hero of a struggle. 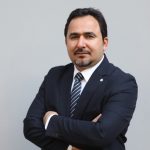