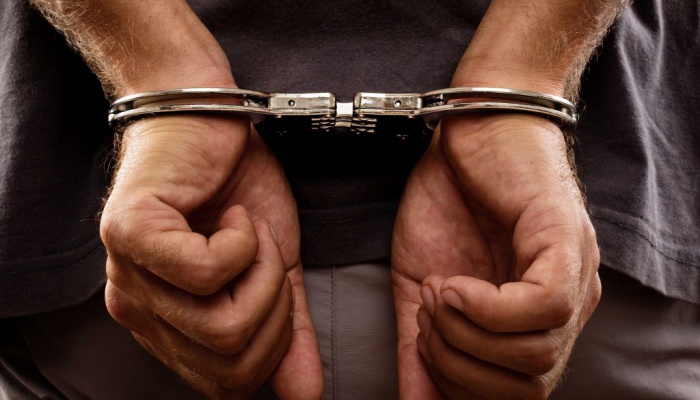 It’s not an affair of agronomists, horticulturists, nutritionists or assorted fruit punch ‘chemists’. On the face value it has everything to do with farm life and juice compliments. Yet it is far from it. It is an XTC Album of brain-teasing “Oranges & Lemons” title loaded with special hits, the like of equally intriguing “Scarecrow People”.

What a terrible link! On the one hand, which type of rare essential oils or Vitamin C could one be going in for in the “Oranges & Lemons”? Or could that be in search of ‘sweetness’ for the lemons or ‘bitterness’ for the oranges? And how would the ‘solution’ stand to taste?

On the other hand, that notwithstanding, good scarecrow farm practices are global common knowledge. In the face of vermin threat, growers plan, manufacture and set these humanoid tools to deter birds from the fields to enhance harvest/food security. Now what happens when the farmers themselves – the beneficiaries — develop into “Scarecrow People” of the “Oranges & Lemons”?  What is the message behind this?

Lyrics have the answer. The hit “is a cautionary tale (has survived more than 180 years) about the evolution of mankind (sounds like from Charles Darwin) to the ‘Scarecrow People’ who ain’t got no brains (and)  ain’t got no hearts and are the result of humans destroying their world with wars and pollution.”

It is here that I find myself bleating like a calf upon hearing the mow of mother cow arriving from the pastures. For, now I know. The “Scarecrow People” don’t have ‘hearts’.  Their inhumane actions lead to destruction of their countries with wars and pollution, which can take many forms.

My brain opens up. A story of the Turkey’s Arrested Lawyers Initiative (ALI) launch, this time around a human rights group seeking to trade on the UK sanctions to stop abuse of Turkish lawyers, is cast on my mind’s screen.

Symbolically, the plight of Turkish lawyers is like one about unjustly treated cooks and waiters on the whims of a chef refusing supplies from the stores department under instructions from an operations director, who fears for his post he perceives being threatened by, of all workers, a food and beverage manager. It is the story of the “Scarecrow People” because everything in the respective institution goes wrong thereafter. It goes chaotic.

That is exactly the stage where the judiciary in Turkey has been driven to. The principle of Greek Philosopher Aristotle, who died 322 BC, that “the goal of the law giver is the virtue of his citizens” has yet to find room in Turkey more than 2,000 years after Christ — giving rise to the birth of rights groups.

The state of Turkey lawyers’ plight is such that the judiciary becomes a very critical and priority area of address. Where there is oppression there will always be resistance. It is from this perspective that one can understand the mushrooming of groups targeting the resuscitation, rectification or rebirth of a just justice delivery system in Turkey. This task definitely cannot be accomplished without addressing the rights of the facilitating ‘midwives’ – the lawyers.

In the Turkish circumstances, the scope of this activity cannot be restricted within the borders of the country because the lawyers are followed wherever they go and their plight crosses into regional (European) and global (United Nations) protocols. Rainer Herman illustrates this very well in his book titled: “Where is Turkey Headed?” This is why he writes: “The opponents of Turkey’s EU membership have used the judiciary as their preferred leverage to effectively discredit Turkey and its reform process abroad.”

From the African perspective, what Turkey has done to its judiciary system paints a picture of a household earthen drinking water vessel which wets its base. What has taken place in the Turkey judiciary has turned out to be lethal to practitioners and the profession worth the African vision and the ALI Project intervention.

A fast track trek lands on the 2016 July failed coup. However, this falls short of the true picture because what actually happened thereafter was intensification. Names must have been there prior to that. Otherwise, how does one explain the speed and accuracy at which the lawyers’ arrests were made?

According to the latest “Mass Prosecution of Lawyers in Turkey” report of the Arrested Lawyers Initiative (ALI), “since the 2016 coup attempt there has been a relentless campaign of arrests which has targeted fellow lawyers across the country.

“In 77 of Turkey’s 81 provinces, lawyers have been detained, prosecuted and convicted due to alleged terror-linked offenses. More than 1.500 lawyers have been prosecuted and 605 arrested. So far, 441lawyers have been sentenced to a total of 2728 years in prison on the grounds of membership of an armed terrorism organization or of spreading terrorist propaganda… Fourteen of them … are presidents (or former presidents) of … provincial bar associations who have also been unlawfully unseated.”

This legislation has been arbitrarily used to oppress its dissidents, particularly lawyers, journalists and politicians. The Commissioner for Human Right of the Council of Europe said: “Laws with an overly broad definition of terrorism and membership of a criminal organization and the judiciary’s tendency to stretch them even further is not a new problem in Turkey, as attested in numerous judgments of the European Court of Human Rights.

This problem has reached unprecedented levels in recent times. Prosecutors, and increasingly also the courts, consider lawful and peaceful acts and statements protected under the European Convention on Human Rights as proof of criminal activity … what is used as evidence is sometimes so inconsistent and arbitrary … that it has become virtually impossible to foresee in good-faith the legal consequences of actions … this uncertainty discourages legitimate dissent and criticism”.

All said, what is happening to the lawyers in Turkey cannot take place without the participation of professional kin. There must be judges in Turkey who betray their profession to the extent of subjecting their colleagues to untold suffering. These are the people being sought by rights groups like the ALI Project initiative and others for accountability. Professional ethics is not subject to space and time.

Rights groups of course have no powers to enforce anything. But the identification of the “Scarecrow People” in the Turkey judiciary can play some positive deterrence role.

The Turkey’s Arrested Lawyers Initiative (ALI) move of trading on the UK sanctions to stop abuse of Turkish lawyers is a step in the right direction. And, in this endeavour, it would be advisable to pick a leaf from the age-old Egyptian practice on the River Nile. Rather than use rugs alone to manufacture scarecrows, the farmers also added nets, giving themselves a chance of quill meat at the dinner table.

There are teachers, doctors, journalists, business and common people being arbitrarily arrested, tried, sentenced to long jail terms and persecuted in Turkey. They need protection as well. So to say, Turkey needs an all-round “ALI” bleach drink brand to get the injustices disease out of the country’s systems. And the judiciary remains the first bleach delivery point. For every justice right trodden upon, there is an unjust judgment behind.