Does Erdogan Government have the right to block Gulen’s sister-in-law’s funeral service? 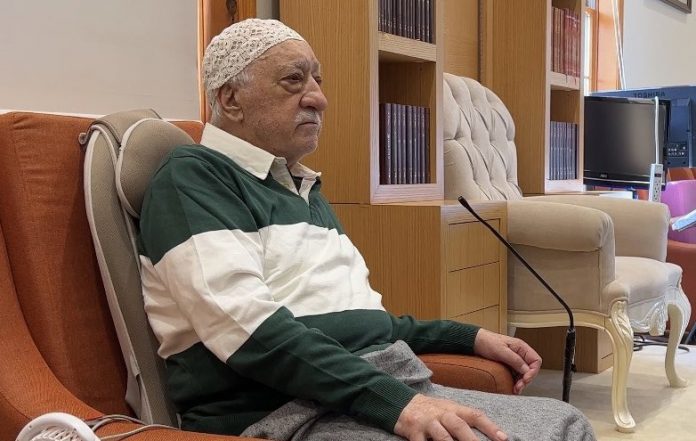 It’s an incorrigible ruling; actually deplorable, irreligious, a disgrace and inhuman.  Siddik Dumus, Mufti of Edremit in the West of Turkey, is reported to have given instructions not to conduct funeral prayers for Fethullah Gulen’s aunt, Mukafat, who died at 70 years – a human age achievement respected in the scriptures.

It’s a sad coincidence. Mukafat gets the treatment that contradicts her Muslim name, which means “reward”. What a reward from the Islamic leader. Worse still, Edremit is the place where Gulen once worked as a preacher now turning into a religious funeral rite denial spot for his aunt.  What a reward for him as well.

Going through the Muslim funeral rite, I learn that after going through all prescribed procedures for the preparation of the funeral, “the body should be transported to the mosque for funeral prayers known as Salat al-Janazah.  The funeral prayer says: “O God, forgive our living and dead, those who are present among us and those who are absent, our young and our old, our males and females. O God, whoever You keep alive, keep him alive in Islam, and whoever You cause to die, cause him to die with faith.”

In a way, therefore, one can conclude that in denying Mukafat the funeral prayer performed at the mosque, he was trampling on Islam. It is irreligious. The question is, therefore, why did Siddik Dumus have to do that? Could that have been done in God’s name? Very doubtful. It was definitely not in the spirit and letter of the above-quoted prayer. Nor that of the Quran. What religious crime did the late Mukafat commit to qualify for this sort of treatment? It is not evident.

A Mufti, in some writings, is referred to as “an Islamic jurist qualified to issue a non-binding opinion on a point of Islamic law….” To be a jurist, at the same time, does not demand one to have formal qualifications in law or be a legal practitioner.  But it is generally agreed that a jurist is someone who is an expert in details of the legal system.

Those who have studied the Latin language know that “ius” stands for both a right and a law. In the case of Turkey, both rights and law have suffered greatly under the rule of Erdogan and his Justice and Development Party (AKP). The system is what decides what constitutes a right and a law.  In the address of these issues, Turkey has been turned into a failed country.  Even to holders of religious posts like that of Mufti Siddik Dumus, faith is considered after the wishes of the Erdogan regime. Rather than be God they become Erdogan fearing.

Mosques become AKP branch offices where pro-Erdogan rulings or decisions are made. Barring the late Mukafat from accessing the mosque funeral prayer rite is denying her of an Islamic right for satisfying a political stand. The Erdogan regime is a sworn enemy of Fethullah Gulen, who has been classified as a terrorist along with all his relatives and followers of the Hizmet Movement.

Mufti Siddik Dumus understands so well the degree of hatred Erdogan and his government accord to anything linked with Gulen that he did not hesitate to deny an innocent 70-year-old aunt a chance of being given a befitting last funeral prayers at the mosque.  That is as satanic as it is inhuman.  It must really hurt Muslim cleric Fethullah Gulen and other relatives more than life in exile. What dangers did she pose for Turkey?

In response to the unfortunate Mufti treatment, all one can do is say the usual prayer, famously known in Islam as DUA for her reciting: “O Allah forgive Mukafat and elevate her station among those who are guided. Send her along the path of those who came before and forgive us and her, O Lord of the worlds. Enlarge her grave and shed light upon her in it.” Amen.