Does Trump praise Erdogan for the sake of the new Iran politics? 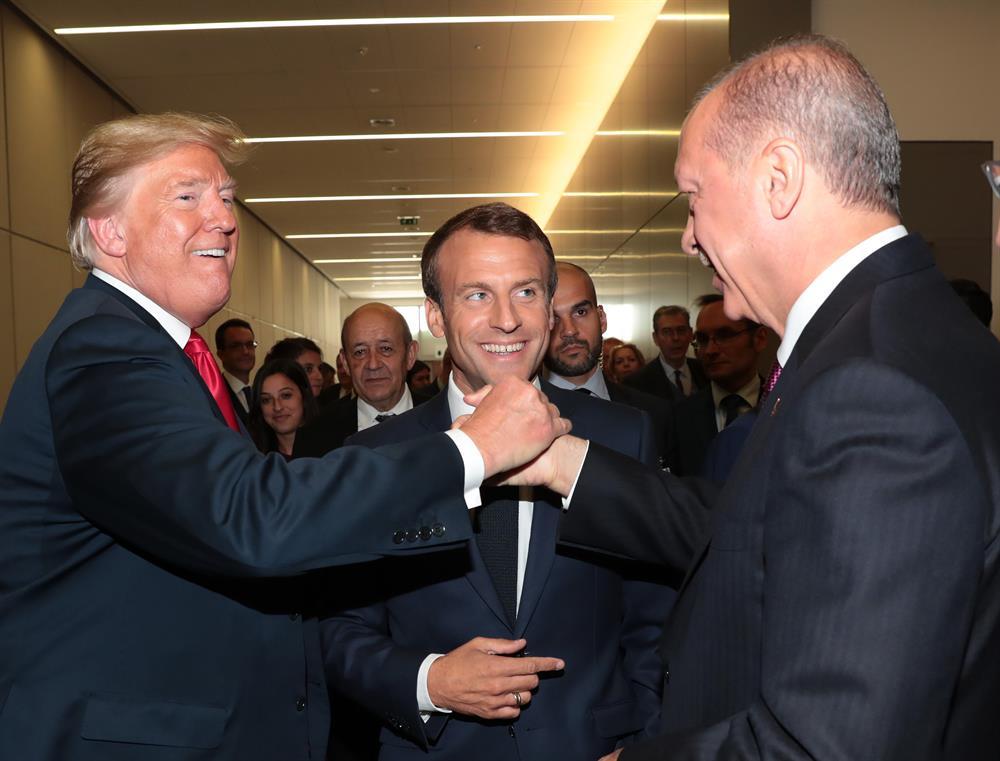 New details surfaced about behind the scenes of the NATO summit in Brussels. According to Ian Bremmer, a journalist who follows the NATO summit, Donald Trump was angry at the European leaders, who argued that NATO must consult their parliament in order to increase the defence expenditures, by saying “Nobody is doing their job, except Erdogan”, and then he fist bumped President Tayyip Erdoğan.

American journalist explained what happened next: “Trump was very frustrated; he wasn’t getting commitments from other leaders to spend more. Many of them said, ‘Well, we have to ask our parliaments. We have a process; we can’t just tell you we’re going to spend more, we have a legal process.’ Trump turns around to the Turkish president, Recep Erdogan, and says, ‘Except for Erdogan over here. He does things the right way,’ and then actually fist-bumps the Turkish president.”

Many believed that it was a startling gesture of support for the increasingly authoritarian Turkish leader, who recently won another term and is widely expected to continue consolidating his power.

As it is well known, Trump administration stopped the nuclear agreement against Iran, and started the sanctions once again. Preventing Iran’s regional expansionism constructs the centre of Iran politics of the Trump administration. Within this scope, American Government will gradually weaken Iran financially, and try to minimize the military presence of Iran in Syria, and then limit their effectiveness in Iraq, Yemen, and Lebanon in order.

Within this scope, it is a known fact that Trump Administration is working very hard to neutralize Iran, cooperating with Saudi Arabia which is considered as the centre by the Sunni world. Isolating Qatar was a development in this context. And the reason for Trump not to sacrifice Erdogan yet, and to ignore Turkey’s attitude against the international law and human rights, is the expectation of Turkey to take sides with American Government in a destabilization process against Iran.

It is a fact that Erdogan is a pragmatist leader. However, it would not be a wrong prediction seeing Turkey, who would lose in Syria and pay a huge price, to walk on eggshells about Iran.

On the other hand, should there be an operation against Iran, the Kurds will play a key role, just like they do with the fight against ISIL. Within this context, Erdogan might be forced to make peace with the Kurds, which is going to disturb his nationalist partners in the internal politics.

As it is well known, the American federal court convicted Hakan Atilla, a Turkish Government official, as part of the criminal investigation towards ignoring the embargo placed against Iran. Should the USA Department of Treasury wish, they can fine Turkey with a substantial amount. Trump might use this possibility of a political decision against Erdogan as an instrument of pressure.

On the other hand, Anti-Americanism has been getting so deep in Turkey, it almost started to over-identify with the national identity of the Turkish people. Erdogan getting into the same axis with USA against Iran will be a very difficult manoeuvre to accomplish.

If Trump and Putin are not on the same page for the neutralization of Iran, Russia’s attitude under such circumstances towards Turkey will be a different problem without question.

On the contrary, Putin has no interest  in curtailing Iran’s deployment from Syria. For Russian’s point of view  Iran’s withdrawal is “absolutely unrealistic.”

While Russia and Iran has already surrounded Erdogan, it would be a long shot for Trump Administration to bring such politics into action.

There is a saying in Turkish: Miscalculation shall return back from Baghdad.