HomeExpertsDownfall of islamist perspective in the islamic world and Turkey: How do the minds...
ExpertsTop Stories On Turkey

Downfall of islamist perspective in the islamic world and Turkey: How do the minds of political islamists work? 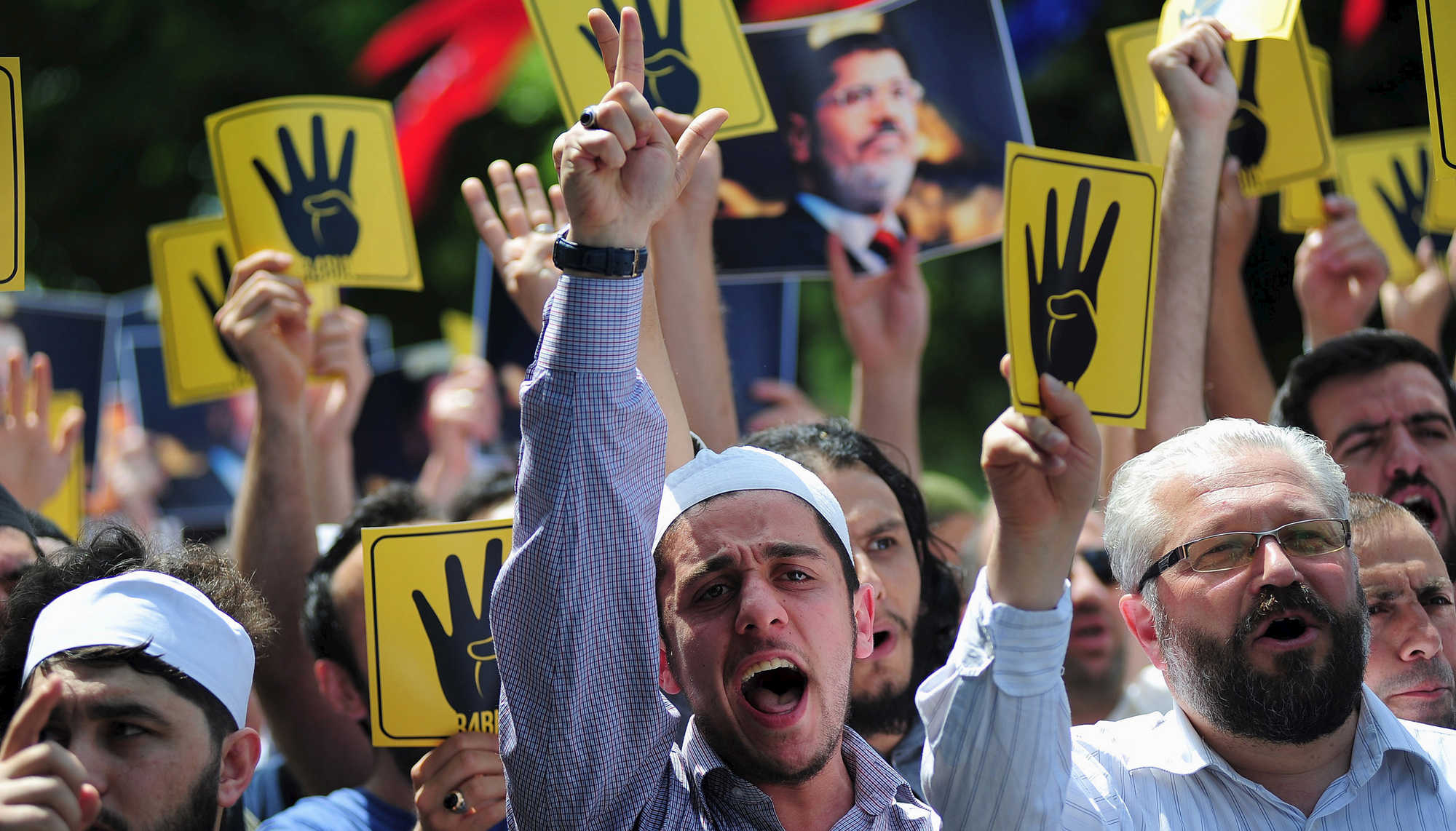 The sense of political Islam showed up by imitating the ideologies in the west, and while it defends Islam, it is also a modernist approach as well. They use Islamic concepts throughout their discourses; they state that their aim is “Muslim and virtuous community”; however, their methods are modernist, meaning western style. It is emergent; it only came to light within the last century. The methods are not applicable to Islamic principles and fundamentals. Together with a competitive and challenging method, and by referring to dialectics; using polemics; they try to reach to their Islamic goals by taking over the government/state through politics. They refer to the method of deduction and they are the fans of bolting from the blue. They try to take the power/state/government.

Raising perfect human beings, advice and guidance are not the priorities of the Islamist approach. On the contrary, they use religious fundamentals and Islamic values for the political goals, and they make party propaganda with a mixture of Islamic concepts over them. In most cases, they experience leader fetishism and they view their leaders as “the savior of Islam”, “the only solution”, “emir of the believers”. Aside from the ones who accept the leader as the “messiah”, and “caliph”, there are also the ones who believe that the leader is “the person who carries the qualities of Allah in full” [1]. There are also partisans who interprets not voting for the party or the leader as “objecting the religion”, “huge sin”, “cooperation with Israel”, “serving to the masons”.

Essentially, political Islamism came to existence in the subcontinents of Egypt and India. It was exhibited as a solution to the defeat of the Islamic world against the west by the intellectual people who were looking for a way out. A few Islamist intellectual such as Jamal al-Din al Afghani, Muhammad Abduh, and Fazlur Rahman Malik are accepted as “political Islamists”. Islamic Salvation Front (FIS) movement in Algeria, Al-Nahda movement in Tunisia under the leadership of Rached Ghannouchi, Hizbul Islam in Pakistan, the political line of MNP-MSP-RP in Turkey are all accepted as Islamist movements. In respect of the first two terms, although AKP (Justice and Development Party) had been viewed as a “conservative-democrat” movement, as of the “mastership” term (after 2010), they might be identified as a political Islamist party.

Despite using traditional methods and adopting proper attitude coherent to the strands of Islam, due to the fact they aim to have government/state/power and using religion for the interest of politics, the movement of Ihvan’u Muslimin (Muslim brothers) and derivatives are accepted as political Islamists as well.

Islamist movements which had been started to be effective in the 20th century are widely spread throughout the Islamic world today, and they are quite effective.

A considerable amount of masses throughout the Islamic communities believed that the social and political problems would only be solved by Islamist governments to take power together with Islamic ways and methods, and they had been conditioned towards the facts that Muslims would get rid of the problems related with the regime/system, and the flaws (interest for money, immorality, bribe, education problems, social and family problems etc.) which had been caused by ‘modernity’ would be overcome.

For the last hundred years, this mentality, which was effective throughout the Muslim states and communities, has been dissolving, draining away, and started to be far from being a hope for the people. Orientation towards authoritarianism during the short termed Mursi government in Egypt, which was supported by Ihvan, efforts towards ignoring other actors, and consecutively the coup staged by el-Sisi caused political Islamist method to be questioned. Political Islam has been practiced strongly by a group of aristocratic religious functionaries, who have influence over the state, since the Islamic revolution in Iran in 1979.

However, one can argue that Islam and the related practices in Iran, where the state is governed by Islamists, are far behind Turkey. The Iranian regime, which has been in the hands of Mullahs together with very effective tools, could not manage to generate a virtuous Muslim community.

On the contrary, it is obvious that a generation is being raised in Iran, who only obliges the mandatory style conditions but admires the West under a bohemian web, far away from Islam and its practices. The distance between the state and the people is growing just like it was during the Single Party era in Turkey. Despite the state and the administration try to constrain Islam to the community with the help of public opportunities and tools, the community, especially the youth are falling apart from Islamic life, and the beliefs cannot travel to the core, but only manages to stay inside the envelopes as an image. It is quite obvious that such a regime would only raise factious individuals, who are only forced to “appear” as if they actually believe.

The political Islamist methods and government until today could not manage to have a breakthrough in social and economic matters, and could not provide an achievement about Islamisation, virtuous community, and perfect believers. AKP, which identified itself as “conservative democrat” first but returned back to the political Islamist actions recently, gained some accomplishments towards developments and democratisation, and despite it has been pointed out as “moderate Islam”, and a “model”, it started to be far away from being a model in the “mastership” era, and lost its fundamental features. After the corruption investigation back in December 17, 2013, Turkey gravitated to authoritarian and threatening politics together with internet censoring, detracting separation of powers, intervening the law, alienation, and degradation. After the coup attempt on 15 July 2016, it was transformed into a single-man regime, where Erdogan had taken everything under his control under the name of “fighting against the coup”.

A tremendous social erosion had been experienced during the AKP reign, who claims to “spread and revive Islam” and to be “Islamist”. Let alone raising perfect human beings or generating a virtuous community, during one time, a serious corruption had been experienced, the consumption of alcohol and drugs had been increased and even the minors started to use them [2]. A break out had been experienced about crimes such as corruption, lie, sexual violence towards children, social unlawfulness, favoritism, prostitution, bribe, and murder.

Political Islamists might present partisanship and voting for a party not as a political, pragmatic, or practice choice but as a religious choice. Therefore, they cannot even think about a Muslim voting for the left-wing parties and leaders, and they cannot comprehend this fact. Even if a Muslim vote to the left-wing, liberal or secular party, they start searching for deficiencies in that person’s Muslimship (it should be considered that the practices of CHP (Republican People’s Party) in the past had also been effective in this mindset).

From past to today, political Islamists accuse some masses that they vote for left-wing parties or would be voting for them. They present this as a great “sin” in order to make a political influence over their base and just to see their defamation succeed. The logic of this approach originates from the following drivenness: “a Muslim must vote for an Islamist party!”. Therefore, they both lien all of the Muslims to a single party and hand Islam over to the monopoly of some of the political movements. And they might accuse the people, who act against this idea, as great sinners or the ones who betray Islam.

In fact, this mentality is exceptionally troubling and clouded for the faith of Islam. First of all, the parties are products of the West, and institutions which have been existed only for a hundred years. It is extremely dangerous for these institutions to be presented as Islam’s irrevocable institutions and the only way to serve Islam. The people, who believe, worship, and identify themselves as Muslims, may naturally vote for other parties, and they also do. The opposite of this approach is way more troubling and objectionable.

What is the source of this mentality?

This mentality originates from a deductive approach. It originates from the mentality of first conquering the states and institutions, then dominating the people, not advising Islam and Islamisation, act of showing the true path, spreading charity and beauty, or raising perfect human beings,

It was considered that the same thing would happen in Egypt. The government under the leadership of Mursi supported by Ihvan-u Muslimin rose to power with the support of liberals first, and some other different masses, too. However, they started to be authoritative and establish an “Islamic state” without considering the conditions of the country, the requirements of democracy, the requests of the people. The Islamist AKP of Turkey encouraged Mursi and his friends towards being authoritative. Ihvan rose to power, but Egypt was not politically Islamized. On the contrary, there had been a coup, the people have been divided, and have faced with terrible suffering and conflicts.

The results of a century old testing and practices are becoming clear; what we have been witnessing is the downfall and failure of the Islamist perspective throughout the Islamic world and Turkey.

The political Islamists dissertations could not manage to generate virtuous communities or ethical generations. However, Muslims have been suffered greatly and targeted by the cruel Islamist Governments. Muslim politicians also become dirty, retrogressed, and lost their reputations and trusts in the public’s eye.

[2] According to a research made on 32000 high school freshmen in 154 high schools in 39 cities; every 45 of 100 students stated they smoke, 32 use alcohol, and 9 use drugs. Smoking is widespread in vocational schools while alcohol is more common in Anatolian high schools. http://www.ensonhaber.com/liselerde-uyusturucu-alkol-tuketimi-had-safhada-2013-11-03.html, 27.1.2014 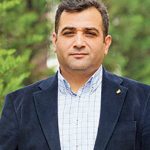