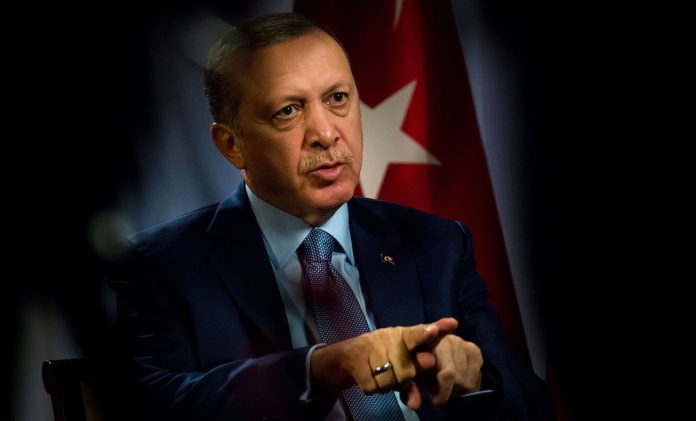 In the world of global tourism, rock diving is an exceptional activity that offers special experience in testimony of which the World Tourism Organization (WTO) keeps a record of world-class sites. Looked at critically, however, the delight doesn’t involve any diving on rocks because this would be fatal, bringing the holiday mood objective to a vertical end.

Nine months to the forthcoming parliamentary and presidential elections, doesn’t Turkey’s President Recep Tayyip Erdogan and his ruling Justice and Development Party (AKP) seem to be on the way ‘to dive on the politics rock’ rather than enjoy the conventional rock diving experience?  Almost two decades at the helm of Turkey politics, doesn’t the current Erdogan and AKP behavior read like that of the African indigenous knowledge destined-to-drown swimmer holding on to the straw?

What could be your take on the following scenarios?

Scenario One: According to the Public Procurement Authority(KIK), the Turkish Government has spent $ 307 million for representation and expenses incurred for receptions at public institutions in the first six months of this year.  The money was spent on items, the likes of accommodation, travel, food and receptions, the regulatory and monitoring agency said. And in most cases contracts were directly contracted for from a private firm without the need to hold a tender.

Scenario Two: President Erdogan has claimed that an opposition lawmaker who recently called ruling AKP a “criminal organization” is himself a “terrorist”. The Workers Party of Turkey lawmaker Ahmet Sik told journalists that AKP would close shop for being a criminal organization and some of its members would be prosecuted if it loses power in the 2023 polls. He said independent members of the judiciary would decide who is a “terrorist” and a “gang leader” when the rule of law is restored in the country.

Scenario Three: The owner of Turkey’s largest commercial and military vehicle manufacturing company, BMC, Ethem Sancak, who is also a strong supporter of President Erdogan, has joined the neo-nationalist Homeland Party (VP) after resigning from AKP. This was after the AKP Istanbul branch referred him to the board for expulsion consequent to his remarks on the U.S. role in the party’s coming to power.

Reading between the lines, Sancak sort of saw it coming and doubted d about what could befall his empire in case Erdogan and AKP lose the coming elections when common opinion today holds that the source of his wealth is linked with the ruling AKP while he actually argues that this made him poorer than when he was the vice-head of the Turkish Industrialists Association (TUSIAD).

Sancak shares an ideology known as Eurasianism, which supports Turkey distancing itself from the West and NATO and acting independently by aligning with Russia and China. Time will tell about his bargain.

Scenario Four: Turkey’s Finance Minister has ordered a tax audit of an independent inflation research group, ENAG, whose findings anger the government for being much higher than official data on the grounds that the firm failed to declare an income of TL 6 (33 US cents)! How much will the audit cost surely does not seem to be an issue? There must be an inner story behind such decision.

The group’s founder, Prof. Veysel Ulusov, said the finance minister ordered the audit because he accused it of giving inflation figures which discredit those announced by TurkStat and paint a gloomy picture of the country’s economy.  At the same time, a survey conducted by the Ankara-based MetroPoll reveals that even half of the AKP Members of Parliament believe ENAG figures are more representative of the actual situation on the ground.

Scenario Five: President Erdogan has fired his advisor, Sekan Taranoglu, after mafia boss Sedat Peker revealed the inner workings of a bribery and corruption network involving him. Reports have quoted a ruling AKP Central Executive Board, MYK, source saying, the move was taken in connection with corruption revelations involving the Turkey’s stock exchange.

Peker’s most recent revelations claim the existence of a corruption ring extorting owners of companies listed on the stock exchange. He claims that the Stocks chair, an AKP lawmaker and government daily columnist operated a network that demanded a bribe of 12 million lira ($658,000) from the owner of Marka Investment Holding for processing a request to issue new shares through increasing capital. The story was confirmed by the owner but no action was taken.

When I was concluding this analysis, an Istanbul court was reported to have blocked access to 33 online news stories covering recent social media posts by Peker that included allegations about a deputy chairman of a media group which has close ties with Erdogan and AKP.  This practically ends the affair as long as the regime is in power.

Scenario Six:  To get to grips with Sekan Taranoglu’s sacking, one has to go back about five months ago to a global Transparency International (TI) survey which revealed that three out of four people in Turkey were of the opinion that corruption in had become more widespread over the past two years.

The report was titled: “Corruption in Turkey: Why? How? Where?  It was a result of the survey conducted through Konda Research and Polling Company. According to its findings, “74%” of respondents think corruption has been on the rise over the past two years, while “27%” argue that the ruling Justice and Development Party (AKP)” is successful in fighting corruption”.

Crucial findings as the country heads towards the parliamentary and presidential polls reveal one-fifth of AKP voters saying that the party isn’t successful in fighting corruption. They also reveal 82% of respondents thinking there is corruption in political parties with 77% saying it exists in municipalities and local administrations, 75%% saying in public institutions, 74% saying in the media and 73% in the private sector.

About corruption transaction areas, the study results pick on customs activities taking a share of 85% against tenders 83% and 82% for construction and licenses. On reasons leading to this anomaly, 80% cite impunity tendering systems, 77% state institutions’ lacking transparency, 76% politics-capital relations, 71% lack of press freedom while 43% cite low wages in the public sector.

Scenario Six: On polls, the results showed that corruption allegations would affect 79% of voters in a possible election with 61% of AKP, 67% MHP, 83%HDP, 79% CHP, 83%HDP, and 84% of IYI saying they would have a “definite” or “partial” effect on their preferences.

“Besides having little confidence in government in terms of corruption, “university graduates and (those who identify themselves as) modern, are also less inclined to vote for any party that has previously been implicated in corruption allegations.”

It is from these and other related aspects one can understand why Erdogan, who was implicated in a corruption scandal about a decade ago then as prime minister is being caught up in a similar situation now as president. And this time the situation is more critical in the face of pending elections. What else could he do in the circumstance of confidence crisis in Turkey’s institutions?

Could he be in for fatal diving on a politics rock?  Could suffer the fate of the African indigenous knowledge would-be-drowning person holding on to  a straw? How else does one explain the prosecutor’s filing an indictment seeking more than 14 years’ sentence for   Peker to allegations against Interior Minister Suleyman Soylu.  Peker is currently living in the UAE and is on record for having said Soylu was instrumental in his escape. Now he is wanted in court!

How else does one interpret President Erdogan’s accusation of the European Court of Human Rights of having a double standard when it comes to Turkey and issuing politically motivated rulings on applications from the country?  Between Turkey and ECHR, which side has a higher propensity for political motivation?  Aren’t Erdogan and AKP Turkey ‘holding on a politics straw’ towards the forthcoming polls?