HomeExpertsEducation, Human Capital Revolution and Some Thoughts on the Postmodernity of National...
Experts

Education, Human Capital Revolution and Some Thoughts on the Postmodernity of National Educational Development 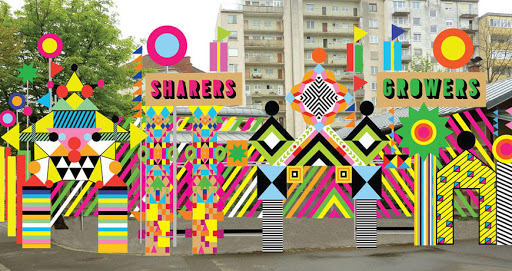 In this brief essay, I shall attempt to answer questions about the relationship between education and economic development within the context of international education development. This complex task will be aided by the following analytical foci: i) within a historical context and paradigm, what does the literature summarizes as the key themes in the neo-classical/structural/functionalist point of view on education for economic development? ii) what literature summarizes the contending viewpoints to such a view paradigmed within the neo-Marxist/conflict perspective? iii) what literature illustrates a shift beyond looking at the structural-functionalist and conflict paradigms that have arisen out of postmodernist/contemporary perspectives?

Whilst the three subcategories of the main question will attempt to form the first part, my own experience, and knowledge regarding education and economic development will form the second and concluding part of this brief essay.

Whilst, within a historical context, economic development and education as corollaries to social reproduction may have their roots in the Utilitarianism of John Stuart Mill and Jeremy Bentham, the body of literature which has evolved particularly in the middle of this century can best be termed as ‘structural-functionalism.’ In it, the role of the State is key to economic growth in that the issues of economic growth with equity are central. The economic development of a nation is contingent upon investment in human capital (Schultz, 1971) in that the more a nation invests in human beings through educating its populace, the more productive it will become when a positive growth will entail higher earnings for those educated and contribute to a competitive labor market.

Pscharapolous (1994) for example research on the rate of return in investment through education in which a nation will benefit both through private investment to the individual as well as social investment. Lewis (1965) attempted to answer the question of the desirability of economic growth and concluded that excesses of modernization and individualism aside, there are intrinsic and extrinsic benefits of growth, which must be pursued albeit a nation’s undergoing painful transitionary stages. One may recall Rostow’s (1973) transition stages in the form of the five stages of growth by which any society undergoing ‘progress’ must pass through.

Economic development within the neoclassical/structural-functionalist perspective attempts to address the issue of equity and distributive justice through education as a means of social reproduction and as such, measurements to validate its effectiveness, according to Seers (1972) must then address questions of poverty reduction, unemployment, and inequality. Thurow (1997) writing in light of the post-Cold War scenario of economic growth, added the dimension of international economic development as an arena of competition for sites and human resources in the age of ‘brain-power industries’ in which knowledge, information, and highly specialized skills become capital to be moved around this borderless world.

Thus briefly, the key to the neo-classical/structural-functionalist perspective is the idea of education as a basis for national development so that economic growth in linear progression true to its utilitarianistic and scientific-rationalistic ideological path. Herein lie the internal and external critiques of this mode of thinking when one considers the point of view of Conflict theorists. Particularly those who emerge from the neo-Marxists, Dependency, and World Order/World Systems theorists who not only question the fundamental axiom of neoclassical economics but look at the question of international distributive justice in international economic development.

Illustrative of the internal critique of the view that more education results in productivity can be found in Tsang and Levin’s (1985) excellent analysis of the economics of overeducation in that the authors challenged the view of neo-classicalists that a firm’s productivity can be negative if the labor force is over-educated. Tsang and Levin drew their conclusion from data gathered from industrial psychology, literature using contemporary labor-market models of industrial productivity. Whilst Tsang and Levin’s (1985) critique goes into the inner workings of the modern capitalist mode of production as it relates to human capital investment in education, literature abounds on the external critique of the structural-functionalist perspective.

The work of Andre Gunder Frank (1966), Phillip McMichael (1996), and Poonah Wignaraja (1993) are among those illustrative. Conflict theorists look at the internal and external contradiction in capitalist formation and see education particularly as a means of social reproduction in a world wherein economic development is colored with structural violence via distributive injustices. Gunder Frank (1966) for example, analyzed the development of underdevelopment of the so-called developed and underdeveloped countries within a Center-periphery matrix of capitalist formation drawing from case studies of nation-states in Latin America. His is illustrative of the genre of writing within the Dependency perspective, which looks at the Metropole-Satellite uneven capitalist development. One may find a plethora of writings as such which has come from others such as Wallerstein (1981), Carnoy (1984), and Amin (1993).

Thirty years after Frank’s (1966) analysis, one can benefit from such an external critique of economic development with the work of McMichael (1996) who analyzed not only dependency as a theme but extend such analysis to a late-capitalist, post-Cold War period of borderless economics characterized by global production systems, transnational banks, and corporations and the precariousness of sophisticated and advanced elite formations. McMichael’s (1996) work is an extensive critique not only of colonialism and post-colonialism but indirectly, an exposé of how the international dimension of the human capital revolution has taken shape. Whilst the aforementioned writers espoused on the internal and external critique of neo-classicalism/structural-functionalist view of education and economic development, Wignaraja’s (1993) enlightening view on the subject brought into the discussion an alternative paradigm of economic development which has emerged out of progressive grassroots movements in the South; particularly from the Indian subcontinent. Illustrating the case of Swardhaya as a liberating dimension of the Praxis and Participatory Action, Research Wignaraja concluded that neither neo-classical nor Marxist perspectives on economic development could explain what education should mean.

In PAR lies the spiritual dimension of education which champions basic needs more than “created wants”, participatory democracy more than protectionism, voices of conscience more than the rhetoric of developmentalism, and poets of meaningful reforms than grand designs in education for economic development.

After Swardhaya: Education or Liberation?

My professional experiences and the amount of information, knowledge, and understanding I have thus far gathered concerning the issue of education and economic development have brought me to continue to visit and revisit the meaning of education and the possibilities of liberation. I have had decades of teaching experience in Malaysia; five years at a gifted and talented high school and five years at a Management university in the northern part of the country. For those years, my praxis has been essentially Deweyian, Freirian, and derived from the work of metaphysical thinkers addressing education for spiritual development. I have in my teaching, employed perspectives that attempt to bring about critical, creative, spiritual, and futuristic dimensions in the education of those I have been entrusted to share knowledge with.

The Southeast Asian financial crisis of 1997 which devastated the capitalist world and which brought Malaysia to the brink of economic, social, and political quagmire never before seen since its independence has once forced me to revisit the meaning of education. I now find the questions even more perplexing, particularly those concerning the role of the State with its ideological apparatus within the international capitalist context. Literature I explored on human capital investment, Dependency and World-Systems theories, and grassroots efforts in education have made me ponder if national development is at all meaningful if measured primarily via gains in economic well-being and political stability.

How much formal education should one receive? How pervasive should consumerist ideology be made to prevail in a particular nation? How can an individual be educated to prioritize metaphysical/spiritual capital over material capital? Perhaps my experience of having been brought up in poverty, having then tasted some wealth, having been with those living “below the poverty line”, and having understood that national development can also mean the licensing of a few people to acquire as much national wealth leaving national crumbs to trickle down to the masses – all these have made me sought the avenue leading to the word “liberation”. The international system is chaotic. Arms and hunger proliferate. Trade wars continue to be fought. Trade blocks were created.

National governments educate citizens via seduction so that perhaps one percent of the world’s most powerful capitalists can continue to be served by the world’s cheap labor. The global capitalist machinery continues to be run by high-tech means so that capital can flow freely in this borderless world in the process of displacing jobs daily by the thousands.

I am still searching for answers. And I continue to be both a skeptic and a cynic of any form of government that attempts to socially engineer and reproduce human beings via the mass-babysitting enterprise called schooling. I may one day find the meaning of education and the possibilities in liberation. Such is the postmodernity of my thought on education and national development. But till then, I will continue to explore the many ways to look at how education and international development translate into theoretical and pedagogical perplexities.

Wallerstein, I. (1981). Dependence in an interdependent world: The limited possibilities of transformation within the capitalist world economy. In. H. Munoz (Ed.) From dependency to development: Strategies to overcome underdevelopment and inequality (pp. 267-293). Boulder, Colorado: Westview Press.