End in sight for Colonial Medicine? (1) 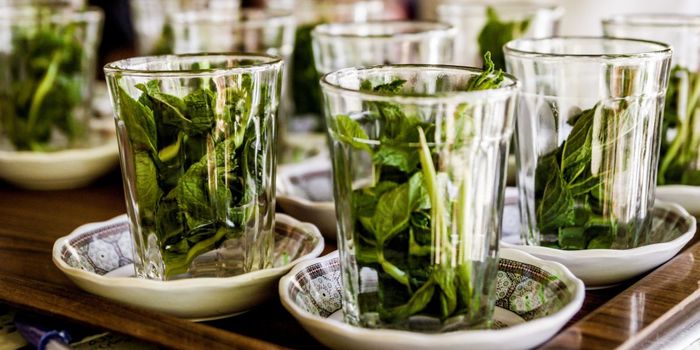 Whether by design or default, Dr. Mira calls a spade a spade in the way of what is expressed as “publish and perish” in media practice. He argues: “If I can be provocative, shouldn’t we be doing this study in Africa, where there are no masks, no treatments, no resuscitation? A bit like it is done elsewhere for some studies on AIDS. In prostitutes, we try things because we know that they are highly exposed and that they do not protect themselves.”

He was indeed provocative. His words sort of hit a (wrong?) global nerve. Everyone was up in arms. World Health Organization (WHO) Director General, who is Ethiopian, Dr. Tedros Adhanom Ghebreyesus, condemns the comments as “racist”. “To be honest, I was so appalled. And it was a time when I said –when we needed solidarity. This kind of racist remarks actually would not help, it goes against the solidarity.

“Africa can’t and won’t be a testing ground for any vaccine.” He termed this as a hangover from the “colonial mentality…It was a disgrace, appalling, to hear during the 21st century …from scientists that kind of remark. We condemn this in the strongest terms possible, and we assure you that this will not happen.”

Besides Dr. Tedros, more condemnations emerge from many corners of the world –Africa in particular. Notable is one from famous Ivorian footballer Didier Drogba “to vividly denounce those demeaning, false and most of all deeply racist words…” Protestors are reported as attacking and destroying a coronavirus facility under construction, tearing it apart with their bare hands and smashing construction materials on the ground in the Ivorian Capital, Abidjan. Nigeria Head of State’s daughter, Aisha Buhari, tells French doctors (and of course any others): “Africans are not Lab rats.”

Pressurized from every corner, Dr. Jean Paul Mira bowed: “I want to present all my apologies to those who were hurt, shocked and felt insulted by the remarks that I clumsily expressed on LCI.”  With that, the doctor had ‘prescribed’ a dose for suppressing global adrenaline levels (in the way they do with hypertension cases) and normalizing relations, as they say in the diplomacy world of politics.

Sincerely, I also felt bad about Dr Mira’s comments. I tried in vain to establish his background so as to establish his possible inclinations in medical practice. What could be his level of touch with the colonial medicine practice? On what imperial medicine programmes, when, in what capacity and for how long could he have served in colonial or post-colonial independent Africa? All these leading questions went without answers.

In the course of conducting media monitoring on the coronavirus story from several keyword developments, something cropped up in my mind. Namely: “Bitter, as they could be, could Dr. Mira’s comments not wake Africa up to the truth behind colonial medicine and prompt the continent to plan and implement homegrown health programmes?”

Examples to learn from abound. Every cloud has a silver lining. For every negative there is a positive.  For every vice there is a virtue.  Literally, it’s all about the approach. Could there be an end to Europe’s colonial approach to medicine practice in Africa? This is the wagon facilitating all current exploitative and oppressive global systems.

The nature of whatever system on the ground in ex-colonial Africa today with international bias – be it in terms of health, education, nutrition, defense, safety and security— raises questions bordering on ethical problems between people, professions, world governments, and institutions.

Any programme related to education, health, nutrition and gender will have a component embracing contraception in all its forms. Budget support to a food security programme may be held back because of a recipient country’s stand on same-sex relationships (strange but true) now taken by the donor as a human right. The Homo sapiens now finds justification for reasoning and behaving below the level of animal instinct!

Back to the COVID-19 pandemic, with Coronavirus at its peak for the common man strange to lockdowns and social-distancing interventions, Madagascar President Andry Rajoelina makes a declaration on Easter Sunday. He says that his country “would like to send a message of hope to the world with the help of our biodiversity 80% of which are endemic species. To tackle COVID-19 we will be able to propose an enhanced traditional remedy made up of Malagasy medicinal plants which have already been proven effective.

“As we await clinical trial results we are confident that we will be able    to change the course of history in this global war being waged against the pandemic. We are also going to conduct laboratory testing during which the drug will be administered to patients in different formats.”

His message (like that of French Dr. Mira) hit wrong nerves. Typical of the world, many names appeared on the screen. These included: “The Madagascar remedy, concoction, mix, miracle cure, herbal collection, antidote, herbal potion, the orange mixture, the untested… miracle herbal drink” Madagascar became known as the “country of miracles”.

One need not envy Dr Tendros behind his executive desk at the WHO headquarters in Geneva, Switzerland. The organization is not his. From its framework he issues a statement that WHO recognizes “traditional complementary and alternative medicine has many benefits and Africa has a long history of traditional medicine and practitioners that play an important role in providing care to populations.

However, “Africans deserve to use medicines tested to the same standards as people in the rest of the world.  Even if therapies are derived from traditional practice and natural, establishing their efficacy and safety through rigorous clinical tests is crucial.”

Likewise, WHO regional director for Africa Mathshidiso Moeti, a physician from Botswana, said she was ready to assist Madagascar with proper testing. “We are concerned that touting this product as a preventative measure might make people feel safe not to do these other things” –referring to guidelines around social distancing and other methods to stop the disease spread.

As a representative opinion from the medical profession practitioners, a comment from Associate Professor of Epidemiology at Makerere University in Kampala, Uganda, Dr Nazarius Tumwesigye could help serve the purpose. “Even at home you can devise your own concoction and maybe it can help, but for it to be accepted internationally, out of your home, it has to be tested according to international standards.”

Staying within the environs of Paris, one lands on La Maison de l’Artemisia humanitarian organization working in 23 African countries promoting  Artemisia annua and Artemisia afra plants with anti-malaria properties  in the southern hemisphere. Both commonly referred to as sweet wormwood, they have been in use for centuries in China and East Africa.

The organization’s founder and vice-president Ms Cornet-Vernet is quoted in the media as saying: “We have written to the health ministries of just about every government in Africa … The documentation ….included, in particular, a review of scientific research and proposed clinical trial protocols.

“There is a lot of conjecture that Artemisia is useful in the treatment arsenal for the virus, but that doesn’t mean I’m saying that this plant cures COVID-19… China used it to combat COVID-19… African countries would be well advised to also embrace the treatment by carrying out clinical trials as soon as possible”

“Unlike other pharmaceutical drugs, the plant does not require a full-fledged production chain and it also allows us to avoid issues like drug counterfeiting”, a founder of Rwandan research firm Inter-cultural working hand-in-hand with La Maison de l’Artemisia, Jean-Luc Galabert, says.

Reports from a German institute –home to a Nobel winner of 18 prizes since 1948 — in collaboration with US ArtemiLife and Danish researchers say Artemisia annua shows somewhat effect on a virus similar to novel coronavirus. These call for testing Artemisinin derivatives on the novel coronavirus because of their big potential to protect and cure the people at a low cost.

All said, the few countries that showed interest in turning to Madagascar’s remedy for COVID-19 did not shoot in the dark. But they have led to turmoil in the global vaccination industry. Madagascar has withdrawn from the World Health Organization membership. What does it mean for Africa and the world?

Can independent African countries stop depending on the former colonizing powers and remaining a source of great wealth in the form of natural resources and markets for exported goods?   Can President Rajoelina words of COVID ORGANICS clinical trial results being able to change the course of (world?) history come true?