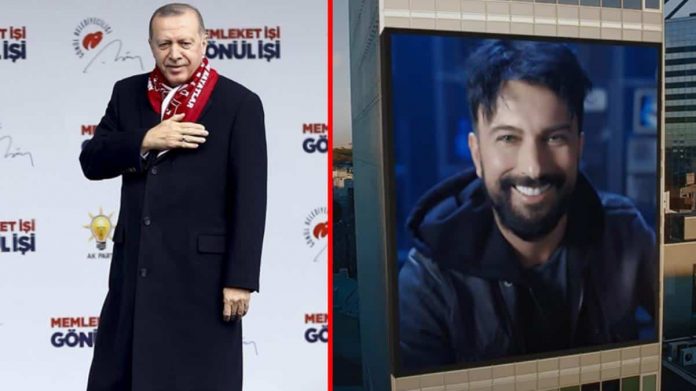 Dateline Izmir, 9 September 2022, Saturday. The Turkish people focus ears and memories in the direction of their third most populous city after Istanbul and Ankara, the second biggest after Istanbul and second agglomeration after Athens on the Aegean Sea. The famous stage for important annual fairs and festivals, founded by the Greeks, taken over by the Romans, and rebuilt by Alexander the Great before becoming part of the Ottoman Empire in the 15th century.

This time round, it’s the celebration of centenary independence anniversary in remembrance of its liberation by forces of Mustafa Kemal Ataturk from the Greek three years of occupation after World War I. All along, the celebration’s tag has been “GECCEK” – meaning “It Will Pass” sending a message to Athens in respect of their once-upon-a-time occupation of the city.

With time and changing on the Turkish political stage, this year’s “GECCEK” seems to have put on a new mask. Wielding sentiments of impatience, news from Izmir talk of 20-year-old private university female student (girl child?)  braving the crowd during a concert, demanding a “GECCEK” song. Could she have demanded this to send the “It Will Pass” message to the Greeks? Not this time round. Apparently, this was in expression of those in favour of an end to the two-decade Justice and Development Party (AKP) rule under Erdogan.

What did she like to hear being recited? The lyrics of the song she wanted to be heard from Izmir, the stronghold of government opposition read:

We’ll dance a jig then;

Each lyric line of the song has its own to-whom-it-may-concern “It Will Pass” message to send across. How does one conceptualize this against the background in which President Erdogan has on occasions been called in the press the Sultan and statements the like of “they did not have any thought for the people of the country as they put the whole nation into fire to keep their lavish life in the Palace?”

Could she have been delivering the message of fellow university and institutions of higher education students’ “We Can’t Shelter Movement” concerns about their inability to afford housing or basic necessities in another city? Available statistics reveal student numbers negatively impacted by Erdogan and AKP policies perched at 24, 544 undergraduates, 81, 288 associate degree, and 86, 975 state university.

Closing on to the presidential polls, Erdogan stands as the incumbent who has closed affordable dormitories because the facilities are seen to have Fethullah Gulen affiliation. It is he who has proclaimed the students to be liars. But the figures speak tell the story. Are all those not lost votes with an additional impact on the verdict, considering the family and society touch multiplier effect?

When the Father of Turkey, Mustafa Kemal Ataturk, established the Diyanet in 1924, he assigned it the duty of, among others, ensuring proper religious education and separation of religion and state. Under Erdogan, the Diyanet today stands accused of promoting Sunni Islam, indifference to other beliefs and needs of their followers in the country.

As Turkey marches on the road to the polls, Erdogan has turned this non-state into a per se state institution. The Diyanet has been turned into one of the strategic ironic government non-government organizations (GONGOs). Taken by Erdogan for “members of the army” since 2018, the Diyanet, in what has been called Turkey’s New Medium Program (2023-20250), has been allocated a budget of TL 35.9 billion, reflecting an increase of 13 billion liras above the 2022 budget.

This is a product of preparations made by the Ministry of Treasury and Finance and the Directorate of Strategy and Budget working under the umbrella of the Presidency to revise the country’s economic goals. As a result, the Diyanet allocation has even exceeded that of seven ministries, including that of the interior (32.6bn), environment (20.3bn), trade (17.1bn), foreign (16.7bn), energy (15.7bn), industry 14.9bn), and culture and tourism (11.4bn).

Reading between the budget lines, could the Turkey New Medium Program (2023-2025) have taken a wrong turning on the polls highway through targeting “to revise” the country’s economic (political in disguise?) goals. At the height of the voter going hungry, what the country needs is “revival” not revision of economic goals. Revision is not enough. The lira is dying in the ICU economy ward. It needs resuscitation.

To cap it all, the Diyanet has failed to deliver on the Ataturk mandate. Putting the needs of the Alevi religious minority community aside, the situation on the ground is that the Erdogan regime has taken Turkey to the brink of a faith and worship crisis, which is bound to have a bearing on the polling exercise because of negatively impacting the state and quality of public peace and safety.

As of now, the government has been forced to provide security to leaders of a Malatya-based Association of Kulturus Churches Foundation following threats of being killed because “they are missionaries “.  Such a tragedy happened there in 2007 — 18 April — when the victims were tied up and tortured before their throats were slit. Does the Erdogan and AKP government want to send the country back there and still win voters’ hearts through the ballot box?

The government blames this hate speech and political violence character on Turkish ultranationalist group affiliates, former gendarmerie, intelligence and counterterrorism unit, who went to join the Grey Wolves. This is, in turn, blamed on the scapegoat “deep state” – the so-called group of anti-democratic coalitions within the Turkish military, security agencies, judiciary and mafia.

And who is responsible for providing the conducive environment? Mafia boss Sedat Peker has revealed a beyond-doubt relationship between the government and organized crime gangs.  Does this tally with the same government turning round and seeking re-election in democratic and fair polls?

Nine months to the polls, could Erdogan and AKP be said to be reversing in the “no-entry” road, hoping to cause fatal accidents for other users — the opposition? Or could the duo be seen as racing on the “no-through” poll road, opening doors to the arrival of the “beautiful days …” mentioned in the “GECCEK” (“It Will Pass”) song lyrics? June 2023 will tell.