Erdogan and agents caught in the act 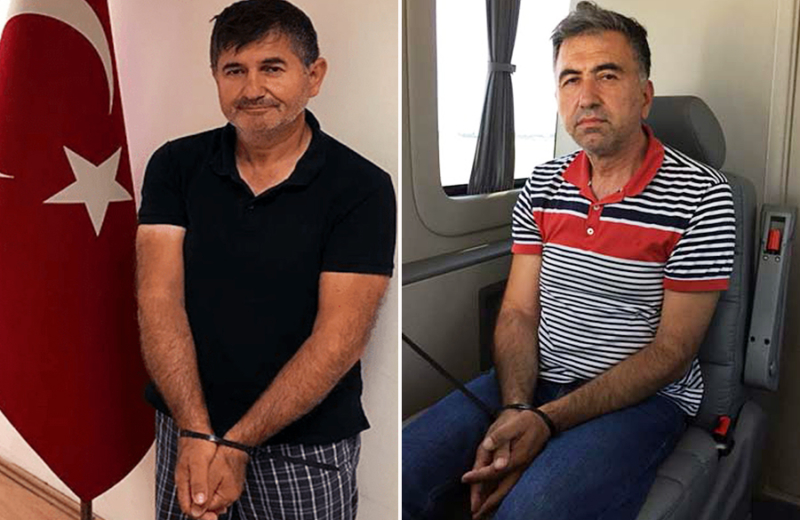 “They play their dirty games under the (darkness) cover of the night; but by dawn (light) everything unfolds,” my mum, who was throughout her adult life on an extended family suspicion-filled sick list, kept on saying. She died an illiterate African granny, twenty-six years ago in her eighties. But her words still stand the test of time, symbolically knocking at the doors of philosophers, theologians and good governance experts alike.

This complementally set concept on the question of light and darkness, truth and lies and ethics rose in my mind when I bumped into to self-searching, nerve wrecking news item and dag into it.  Moldovan General Prosecutor is quoted as saying ex-Secret Services Director (on retirement), Vasile Botnari, received a suspended sentence and payment of fines for the expulsion of seven Turkish teachers linked to the Gulen movement.

The facts of the case revolve on seven teachers, five of whom applied to the European Court for Human Rights (ECHR), being expelled from the country, accused of terrorism-related activities in a joint operation by the Turkish and Moldovan intelligence agencies in September 2018 and are currently imprisoned in Turkey.

Thanks to the Moldovan free media. The ruling that was kept secret for a month had to be revealed after the (independent) media exerted pressure. The General Prosecutor is quoted as admitting: “I asked the court today for permission to make public at least the summary of the decision”.

The former intelligence chief was also forced to pay 125,000 Euros ($148,500) in a fine, the amount the European Court of Human rights fined Moldova in the cases of the teachers. Botnari will have to pay a further 19,000 Euros for the charter flight that transported the seven professors to Turkey.

The essence of the forced disclosure to the “public at least the summary of the decision” raises many and very basic questions. Moldova and Turkey are two independent countries with their individual and indivisible sovereignty.  How did Moldova find itself taking action against the – the action that attracted the sanction of the ECHR? Does Turkey have a share in the Moldova sovereignty?

Another related question is about the two countries’ security, secret or intelligence services operations.  What created a fertile ground for the Turkish Intelligence (MIT) to manipulate operations of their Moldova counterparts?

The ex-Moldova Secret Service chief was fined a “further 19,000 Euros for the charter flight that transported the seven professors to Turkey”. Who hired the charter flight? Who granted it permission to leave Moldova? Permission for landing in Turkey is of course a foregone case. What else could have happened? The best treatment one can give to an animal which is lying down (most preferably with head facing Mecca) is slaughter, we say in Africa. Or, as we also say, there is nothing so easy as pushing a squatting person.

That notwithstanding, it is still in this very aspect that the world finds itself with many questions begging answers. One can understand how a government can arrest or abduct its citizens within its boundaries. But a big question arises when such operations assume cross-border dimensions and are conducted in a style that contradicts existing international law and protocols to which that country is signatory. For that matter, why should a government subject its subjects to such repression even on foreign land?

The clue is going back to base. We have to go back to Turkey. What meets us on the way in? A recent (20 September) report issued by the Advocates of Silenced Turkey (AST) bridges the information gap.  Titled Erdogan’s Long Arms: Abductions in Turkey and Abroad, it says, In a brief, the like of a features editor  write-off, the writers of the report hint: “We’ve published a highly extensive report on abductions conducted brutally by Turkish authorities…” It details 135 cases.

I found myself reading through all the 152 pages. At the end of it I felt like what we conceptualize in Africa as trying to feel ashamed on behalf of somebody else’s day light wrong doing or to turn your eyes away from somebody who has decided to walk naked.

All along I’ve had special respect and envy for the democracy path Turkey was taking.  Now this path has been turned into a landmine. What went wrong? Why is Turkey where it is today? Why should 25% of the Turkish people say they would be comfortable to live in another country? How unfortunate it is to see the   country, which had once been a regional model for its seemingly successful combination of Islam and democracy, in that state! Turkey has descended to become a part of the club of countries which hardly respect the foreign jurisdictions while conspiring against persons or communities they deem the enemy.

For two decades running, the Istanbul City has, every Saturday, been witnessing mothers in search of information about the whereabouts of their abducted children or graves in lieu. And the main victims of the extrajudicial practices have been members of the Gulen movement or Hizmet.

In Africa we have a condition for good parenthood to the effect that “if you beat children, (for any wrong doing, you have to) beat all (responsible).” So what is the source of Turkey’s degree of lethal discrimination?

It’s here I feel like doing something out of the ordinary and, of all people, quote Charles Darwin in The Descent of Man where he writes:  “Every  one  (not everyone, my own emphasis) will admit that man is a social being. We see this in his dislike of solitude, and in his wish for society beyond that of his own family.” It is here that Erdogan and Gulen or AKP and Hizmet have parted ways. This boils down to the rule of law or in one word, corruption, in all its elevations. If Darwin, the last person one would expect to have any ties with Islam go that far, what is holding back proclaimed followers of the faith?

Faith let alone, why have countries in the Balkan, Indonesia, Lebanon, Malaysia, Pakistan, Qatar, Saudi Arabia and Sudan read the Quran upside down? Scriptures aside, why have countries like Myanmar, Kosovo, Kazakhstan and Sudan not even followed their own laws?  Local intelligence agencies, according to the report, just cooperated to seize Gulen followers, while in some countries Turkey’s National Intelligence Agency (MİT) didn’t even need to ask for permission to stage an operation.

Finally, why has Turkey come that far? From the African perspective “Erdogan’s Long Arms” title provides an answer. In Africa we distinguish between government and an individual arm(s). For an individual to be referred to in Africa as having long arms, means one is a thief.  You can imagine what would happen when a person with ”long arms” accesses power! People’s property, life, freedoms, education, health, name it, is taken away (stolen) from them.

That is Turkey today. Erdogan can no longer steer clear. It’s dawn now. He and his agents have been caught in the act.