HomeExpertsErdogan and Ethics: To whom it may not concern
ExpertsTop Stories On Turkey

Erdogan and Ethics: To whom it may not concern 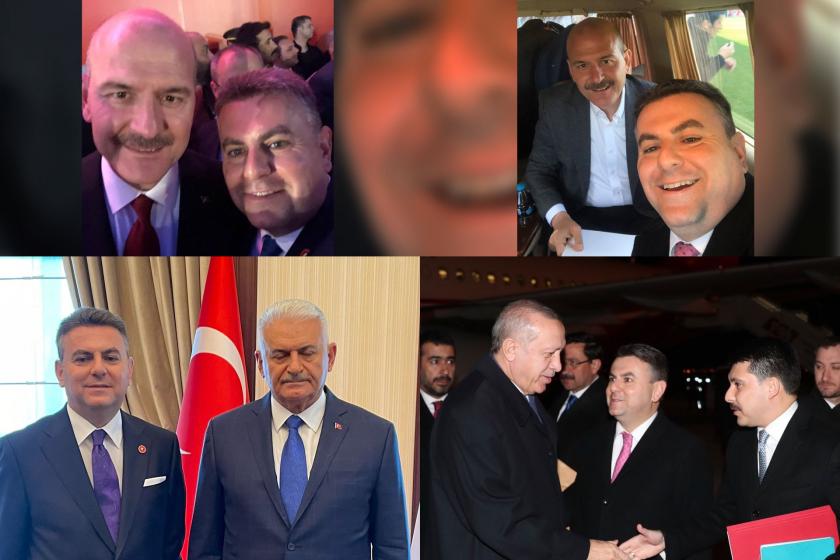 It is an order of the day in good administration practices, to write “to-whom-it-may-concern” recommendations. But given the privilege to focus on events in Turkey in recent years along ethics lines, what chances remain for one hesitating to issue a “to-whom-it-may-not- concern” for President Recep Tayyip Erdogan, his ruling Justice and Development (AKP) party and the opposition Nationalist Movement Party(MHP) ally?

The question is: Why?

Two, in the eyes of Greek philosopher Socrates, who said “I was too honest a man to be a politician and live…, a system of morality which is based on relative emotional values is mere illusion, a thoroughly vulgar conception which has nothing sound in it and nothing true.”

Socrates, who was sentenced to death because of his stance and chose to take the poison in his own hands and drink it although his friends were ready to plot an escape route from death, further said, “nothing is to be preferred before justice”. Those were BC ideas.

Three, in the AD era, Said Nursi emphasized: “Moral laws are absolute. They are not relative. Efforts spent on spicing our actions in the interest of our desires points in the wrong direction. This is why, as it is noted, we substitute legal and illegal, right and wrong with attributes. And a State is created along these lines.”

In the Seedbed of The Light, Fourth Treatise, Third Part of the Spark, he said: “Happiness and real pleasure lies in forsaking everything, including existence for His (God’s) sake.  A drop of water has the same nature as an ocean (both are water) and a river (both are from clouds).”

Four, back to Socrates: “Whenever, therefore, people are deceived and form opinions wide of the truth, it is clear that the error has slid into their minds through the medium of certain resemblances to that truth.”

Five, it is in this context that Dr. Jon Pahl, in his book titled:  Fethullah Gulen: A Life of Hizmet, rightly observes: “… to focus on events in Turkey in recent years, and Fethullah Gulen’s role as cause, effect, villain, hero, winner or loser would be to reduce the meaning and significance of his life to something like wax; ephemeral relations with a paltry kind of power…”

Six, in the middle of July 2021, it will be exactly five years after the orchestrated attempted coup, about which until today the world has yet to know exactly to whom it belongs, despite President Erdogan terming it a “Gift from God” while at the same time claiming it to be the child of Gulen and members of the Hizmet Movement.

All these and other individuals or groups that don’t share the unethical Erdogan path, are deemed responsible for this ‘coup’ when he actually was the first to come out and send a message about it to the confused people in all walks of life at home and abroad.

Seven, back to Socrates, he quipped: “We can easily forgive a child who is afraid of the dark; the tragedy of life is when men are afraid of the light”. And that is where Turkey stands of now – the country in which everything comes before justice.

If one were to define the Turkey rulers’ mode, the political concept of an autocracy as perceived by U.S. President Joe Biden would still be lacking. It’s proper wrap up is found in the German “keinen Charakter” concept. Its nearest English equivalent could be “unethical “or “incorrigible” behavior or approach. “No Character” is simply too weak.  And there are many reasons behind it. Why?

First, one Erdogan confidant had time to confirm that Gulen had no hand in the ‘coup’. Where does Erdogan then pluck the courage from to sell a big lie to his people and the world? He does not feel the slightest shame in saying it.

Second, one Turkish senior NATO commander, who ended up seeking asylum in the U.S. together with other officers, remarked that the way the operation was conducted, on a Friday evening for that matter, was enough proof of something unprofessional.

In a very recent, superb, global eye-opener interview between a Norwegian professor, researcher and journalist, Jorgen Lorentzen, and Politurco platform, there is evidence that even before the so-called ‘coup’ there were rumours about it. The people were like being psychologically being prepared to receive it.

And even when it eventually came, there were still missing links to what it takes to make a coup. Short of saying that this was an inside job, the interview revealed something “chaotic, strange, not well understood by the public and nobody really seemingly taking responsibility…”

Only Erdogan turned out later to deliver the message saying he knew who the coup authors were. Otherwise, there were just small military presence on the streets, their close-ups displaying nervousness and being disturbed.

Third, there are records of perceived Gulen Movement members and other Erdogan perceived adversaries being arrested even three years before the coup.

Fourth, the number of people arrested, and the speed involved confirms the presence of a prior list. It could not be a result of during or after ‘coup’ investigations.

Sixth, the oppressions have targeted faith, political, ethnical differences. Sometimes not even national and continental borders and international law and protocols have been respected. Transnational abductions conducted by the MiT operatives are no longer news. And Erdogan, the chairman of overseas operations committee, acting Pilate in the trial and final crucifixion and death of Jesus, washes his hands.

In the absence of the rule of law, good governance, ethics, tolerance, respect for human rights and international protocols, what sort of global recommendation other than that of “to whom it may not concern” can one give to Erdogan and his rule?

Already overburdened with official rumours making the country a ‘Roumerville’, Turkey is now, slowly but sure, on the transition into a land of global scandals (Scandalville) in the orbit of corruption, human rights abuse, drug trafficking, money laundering, say it. The whole world is pleading with Erdogan to bring back Turkey on the democracy-destined global rail system without success. Erdogan has plugged his ears! What next?