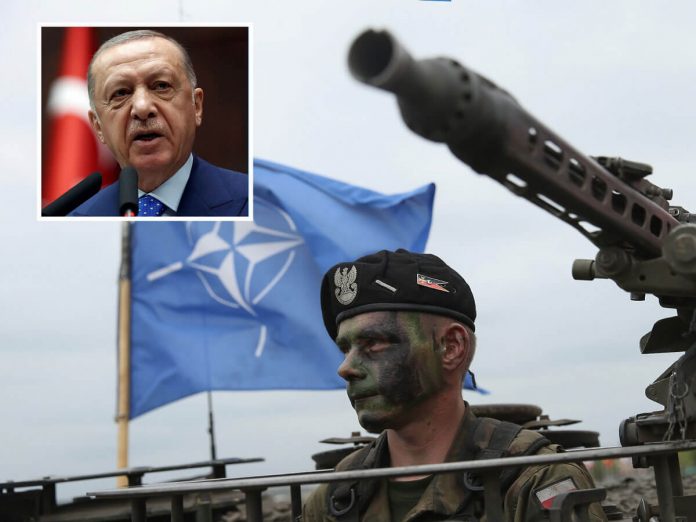 Centuries Before Christ (BC), the Romans, about human nature, said: “…ad mala inclinatur” — inclined to bad things, taking negative options. Their peace formula was: “Si vis pacem para bellum –  verbatim,if you want peace prepare war. On this one, they tallied with the African indigenous knowledge advice: “Dawa ya moto ni moto” – literally, the cure of fire is fire. Two millennia after the Year of the Lord (AD acronym for Latin Anno Domino) — the proudly dwellers of the digital world haven’t managed to steer clear of these (call them pre-analog) ideas and practices.

Just shop around ‘poor’ Africa, Central Asia, the Pacific, and Latin America. What greets you? Lots of conflict pockets without head or tail, the likes of ‘grass hopper wars’ before spectating crows.  A tour of the ‘developed’ United States of America and Russian Federation within their agreed North Atlantic Treaty Organization (NATO) and Warsaw Pact ally and satellite framework sends a chill down your spine.

Sooner than later you confirm that the so-called end of the Cold War we have been called upon to celebrate since after the Malta Summit between Mikhail Gorbachev and George W. Bush in 1989, constitutes a big fallacy, which is not the subject matter of but central to this write-up. The Berlin Wall fine fell, giving way to the re-unification of Germany. But after that what? Symbolically, laces of the arms race boots today are fastened tighter than ever before the two World wars and the situation actually threatens the arrival of WWIII, with more deadly (nuclear) global effects.

A fool-proof testimony lies in the Ukraine invasion by the Russian Federation. Within just three months, the whole world is literally sent to the docks almost in every aspect of good living —   peace, safety, security, food, clothing, health, shelter, economy, democracy, mention it.  The COVID 19 world pandemic has been pushed into the passenger seat of global priorities for address.

Selfishness, greed, disregard to other people, is at its best. Faith, religion, ethics have ceased to be points of human reference. The life hereafter is no longer an issue. One wishes if only Mahatma Gandhi, who employed peaceful means to secure the independence of India, were to return and read back to us his vision of the Seven Blunders of the World.

A lawyer, anti-colonialist, and political ethicist, who lived between 1869 and 1948 and thus witnessed all that the world wars had to offer, Gandhi lists the blunders as: “Wealth without work, pleasure without conscience, knowledge without character, commerce without morality, science without humanity, worship without sacrifice, and politics without principle.”

This article is not meant for a sermon, but an in-depth look at what is taking place in the Ukraine invasion shows a clear lack of a delivery combination of political and spiritual aspects of life – the like of what it takes the positive and the earth of a battery to enhance vehicle electrical systems on the one hand, and the set engine ignition (firing) order on the other.

First and foremost, names of the majority of decision-makers in the Ukraine conflict are traceable to the books.  We were even made to believe that Federal Russian President Putin attended a Holy Week Orthodox church service as his forces denied Ukrainians their right to the most precious property on mankind. All the three books are particular about life. The order of God’s Fifth Commandment” on the tablet that was handed over to Moses dissuades: “Thou shalt not kill.” Its derivative in the Quran does not mince words.  “To kill one person is killing the whole of humanity,” it says categorically.

In the Ukraine war order of the day, human life does not carry any meaning. It is the least considered. Civilian settlements, schools, hospitals (including maternity homes) and even houses of worship, have not been spared in the bombings. Mass graves prove the case beyond doubt. Doesn’t it really take someone who qualifies for the Gandhi “knowledge without character” blunder of the world slot to order sealing off any possible human passage to ensure that “even a fly cannot find an exit escape?”

The Ukraine crisis has threatened to take a heavy ethics toll of the otherwise strong global democracies. Countries like Finland and Sweden grew so unsafe as to think very seriously of officially seeking membership of the North Atlantic Treaty Organization (NATO) to qualify for further protection from the threat of being invaded by Russia. Crimea is gone, Belarus is a Russian satellite. The east and south east of Ukraine is in the process. Who next? Both countries, in the face of this risk, decided to shelve their great grandfathers’ decision to remain militarily neutral.

In Africa, we say: “Egwile bashara” – procedurally, the right you can give to a fallen cow is slaughter knife. Aware of the NATO rules of the membership game, Turkey’s President Erdogan decided to become the smart slaughter house manager. He blocked the joint Finnish-Swedish application for NATO membership. Camouflaging behind this veto privilege, Erdogan decided to act Shylock in Shakespeare’s The Merchant of Venice.

Despite the approval of the Finnish and Swedish parliaments for filing in a joint membership application, President Erdogan first expressed his country’s reservations. Secondly, he accused both countries, Sweden in particular, of being a safe “haven” for terrorists and “harboring followers of Fethullah Gulen”. Thirdly, he then he went ahead and demanded extraditing ‘the terrorists’ and suggesting names, in exchange for withdrawing his blockage for their acceding NATO membership.  These include journalists.

Being a careful schemer, the real aim of President Erdogan demands could be viewed from several angles. The first could be the way President Putin has always cautioned the world to know what sort of person Erdogan is while negotiating with him. Being in bad world democracy and human rights books, can he make the leading countries fall back on their ethics and somehow be part of hell on earth?

The second could be buying time so as not to be seen as taking part in fast tracking the Finnish-Swedish membership application which is not in the interest of Federal Russia President Putin, whose troops are being held back by Ukraine forces through, among others, using Turkish drones.

Finally, with or without Erdogan’s demands, the world is watching. Will Finland and Sweden give in to Erdogan’s demands? Right now their parliaments have agreed to part with their 200 years of a decision to remain out of active war activities.  They are agreed with the Romans and are ready to prepare war for peace. Will they also agree to step back on their human rights stand and give in to Erdogan’s The Pound of Flesh demands over NATO membership? To be or not to be; that is the question.